National Poetry Month—Easter and the Rites of Spring 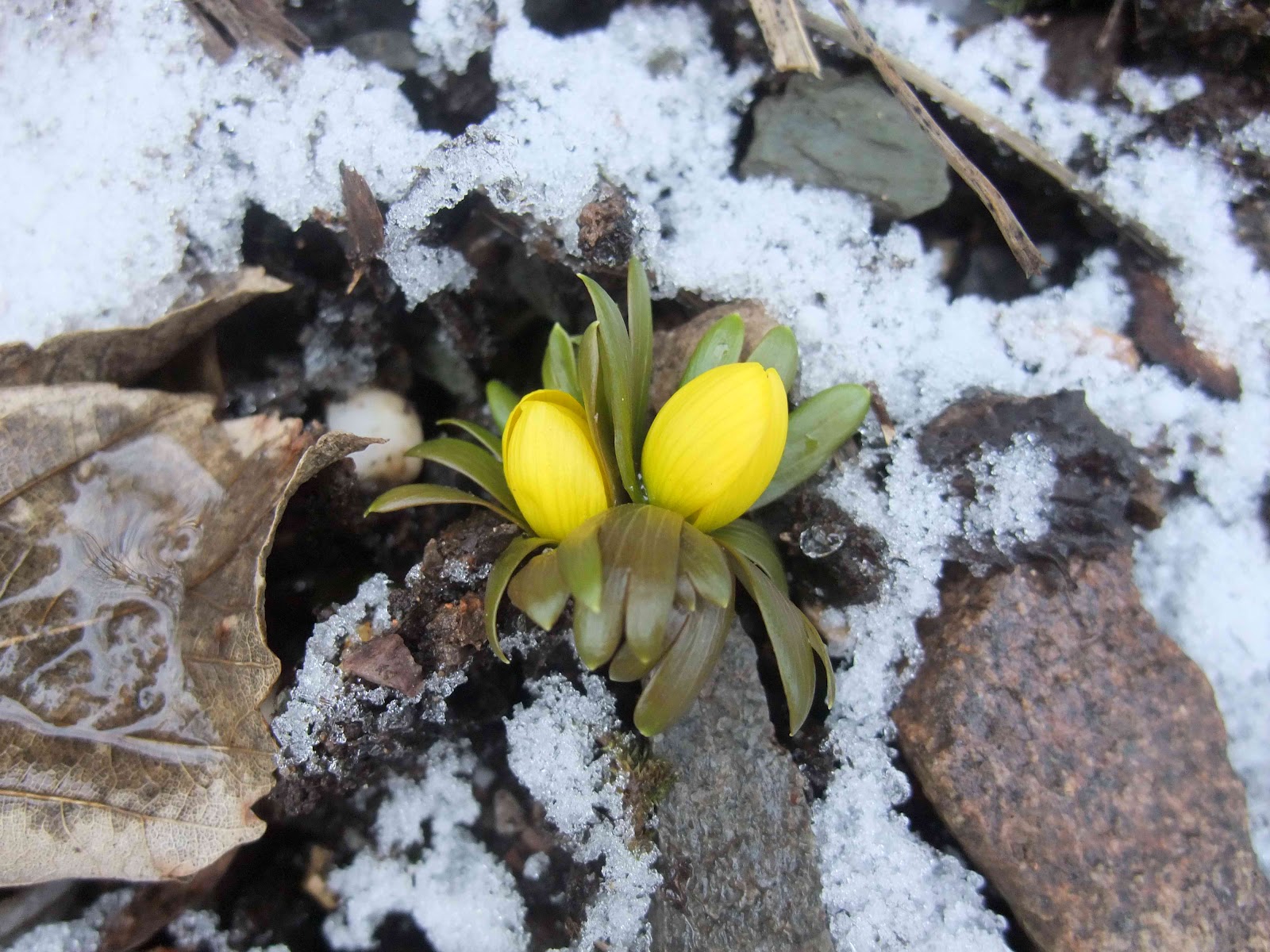 It is Easter, the holiest day of the year for traditional Christians, celebrating the resurrection of Jesus, the conformation of him as the Christ, and the promise of eternal life for those who believe.  It’s powerful stuff that brings comfort and hope to millions.
It also gives some folks the willies, the hives, or both.  And a lot of those folks end up in Unitarian Universalist congregations.  That’s gotta make it tough for our preachers—ahem ministers since we tend to cringe at the sound of that old fashion word and all it connotes.  We are non-creedal and pride ourselves on being open and accepting to a wide variety of spiritual beliefs and practices united by covenant in communities that pledge mutual respect and support in the quest for meaning.  But on Easter, the stresses sometimes show.
There a congregations where half the members stay home lest they endure the obligatory “annual Christian” sermon or even in some congregations sacramental communion.  In the hay day of humanists in the 50’s and 60’s when they dominated many congregations, Easter was even the occasion of more of a debunking lecture than a sermon.  You don’t see that so much anymore both because the humanists, who still make up the largest philosophic segment of UU membership, have lost a little of that particular chip on the shoulder, and because of general rise in spirituality in our communities including various stripes of theism and pantheism.
That includes self-identified Christians and many others who identify themselves as “followers of the religion of Jesus not about Jesus,” meaning the rabbi  of the Sermon on the Mount, and not necessarily who may have rolled the stone away to unseal his own tomb.
Since the World Parliament of Religions during the World Columbian Exposition in Chicago in 1893 Unitarian and Universalist have become ever more aware of non-Abramic and traditional world religions.  Seeking and finding the underlying, uniting universal principles among them has become our hobby horse.  Among the probably not terribly surprising discoveries is the idea that spiritual practice as expressed in ritual is closely linked to the repeating cycles of the seasons.
Many of our Easter services make this a central theme.  It is in our wheel house.  It is sometimes done with embarrassing shallowness as a pared down metaphor that the minister can’t quite get his or her heart into.  But in the right hands powerful truths are explored and unexpected depths plumbed.
Stripped down some sermons may follow these lines—
Last year Easter came as early in the year as it could—and this year nearly as late as it could.
That’s because Easter’s date is tied to a Jewish calendar based on the cycles of the moon.  Thus Easter’s date slowly changes relative to our current solar-based Gregorian calendar and slowly creeps forward such that it would ultimately slip out of spring entirely—except  that the “reset” from the Julian to Gregorian solar calendars in the 18th Century keeps the holiday in the spring.
But so what?—we  might say—because , this year, on account of our recently past Winter-that-Would-Not End, our late Easter will feel much the same as last year’s early Easter.
Easter is tied to the Jewish calendar because Jesus and his disciples chose to travel to Jerusalem to observe Passover.  Jesus and his disciples were religious Jews and the Last Supper was a Seder.
Passover celebrates the Moses-led miracle that saved the tribes of Abraham from bondage in Egypt—a virtual rebirth as a people and nation.  For centuries the Yahweh-worshiping tribes who came to be known as Jews commemorated that miracle in lambing season, perhaps because it was blood of sacrificed lambs that was smeared on Jewish lintels that signaled to the killing Angel to “pass-over” Jewish-Egyptian homes—when the eldest sons from all other Egyptian homes were killed—the  final catastrophe that convinced Pharaoh at last to free his slaves.
Whether or not Passover as a historic event actually fell in the spring, the commemoration is firmly placed in that season of Rebirth.
This late Easter spring will still seems new, the annual explosion of new life just getting under way.  And in a way that is good.  The crocuses and daffodils remind us that in some ways the central Christian story—the death, resurrection, and ascension into heaven of Jesus—commemorates also the resurrection of nature we see around us every spring.
Celebrating the annual rebirth of nature cuts across and unites huge sectors of all cultures and religions.
While the Jews were celebrating Passover, their cousin tribes who worshiped Baal and the ancient fertility goddess Astarte (who some paleontologists find represented in the tiny pregnant female torsos found in Paleolithic sites) also held rituals that celebrated the season.  The Seleucid Greeks who had once conquered Judea, as well as those Romans who occupied the country in the time of Jesus, both had spring festivals associated with fertility goddesses.
In northern Europe long before Christianity was born, tribes celebrated the return of spring with a grand festival to commemorate their goddess of fertility and springtime.  Among some of the Germanic tribes that goddess was named Ēostre or Ostara.
Like many traditional gods and goddesses associated with nature, Ēostre was often represented by the rabbit, that most fertile and prolific of all warm-blooded creatures.
During the second century of the Christian era, when missionaries found that the rebirth holiday of those Ēostre-celebrating Germanic tribes coincided with the Christian observance of the resurrection of Christ, what could be more fitting than to join these two together into one holy day.
Today our spring ceremony mostly still celebrates an Easter with chocolate bunnies and eggs side by side with a Risen-Christ Easter observance—joining together several traditions, like many other Christian customs do, like the Yule log, hanging of greens, and erection of an evergreen tree alongside the Crèche at Christmas time.
One way or another, Passover, Ēostre, and Easter, all celebrate rebirth and renewal.
Here are some poems that touch on all of these themes.


Christina Rossetti was a leading 19th Century British poet who was a member of the Pre-Raphaelite artistic movement led by her brothers.  Identified as a romantic poet, she was also a proto-feminist and a High Church Anglo-Catholic mystic.  This poem is one of the finest explorations of the personal meaning Christians find in the Resurrection that I have ever read.

I have no wit, no words, no tears;
My heart within me like a stone
Is numb’d too much for hopes or fears;
Look right, look left, I dwell alone;
I lift mine eyes, but dimm’d with grief
No everlasting hills I see;
My life is in the falling leaf:
O Jesus, quicken me.

My life is like a faded leaf,
My harvest dwindled to a husk:
Truly my life is void and brief
And tedious in the barren dusk;
My life is like a frozen thing,
No bud nor greenness can I see:
Yet rise it shall—the sap of Spring;
O Jesus, rise in me.

My life is like a broken bowl,
A broken bowl that cannot hold
One drop of water for my soul
Or cordial in the searching cold;
Cast in the fire the perish’d thing;
Melt and remould it, till it be
A royal cup for Him, my King:
O Jesus, drink of me.

Teresinka Pereira is a contemporary Brazilian-American poet who saw the connection in this poem posted on the web site of the International Forum for the Literature and Culture of Peace (IFLAC).

The bridge between death
and return to life
is full of spring sights.
From the unexpected lightning
to the wind that comes back
with swallows and colorful sky
giving flowers to the gardens
there is a dream flowing
waiting for a chance
to stay forever.
Hope roars and echoes
in joy and happiness.
The lily of Easter and Passover
becomes Spring incarnation
in the eyes of the one who
dares to love.