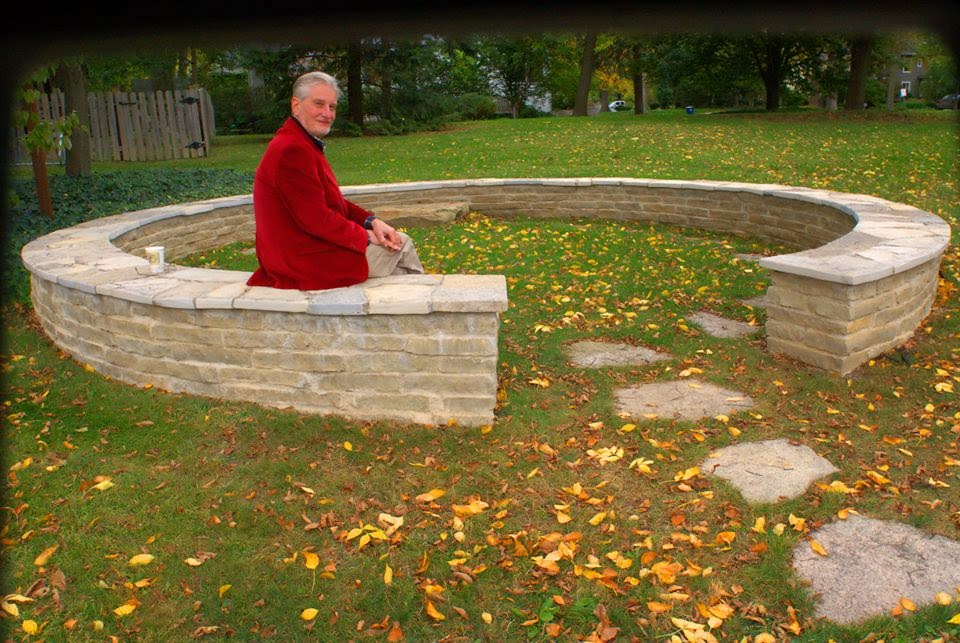 Sunday seems to be the perfect occasion to share the work of an old friend who kept himself busy most such mornings for about 37 years as a Unitarian Universalist minister, 30 years of that time serving the historic Unitarian Church of Hinsdale in the leafy western suburbs of Chicago.  I first met the Rev. Edward Sears at a gathering of Chicago area UU congregations in his lovely old building.  I was a lay delegate from the Congregational Unitarian Church then in Woodstock.  Our building, by circumstance was the same age as Ed’s, both having been erected in 1905, but his had more distinctive architecture.
At any rate, we hit it off and continued to encounter one another at such gatherings.  At one such gathering over lunch we fell into discussing, for some reason, funeral practices—Ed was assembling his In Memorium: A Guide to Modern Funerals and Services.  We were both interested in the social trends that had taken death out of the bedroom and funerals out of the parlor and isolated it both in hospitals and funeral homes.  That led us to William Cullen Bryant’s Thanatopsis, once the most popular funeral verse of the 19th Century and a discovery of our mutual love of poetry.  I bought his book, Beggar's Bouquet: A Circle of the Seasons and enjoyed it.  When my We Build Temples in the Heart came out in 2004, Ed was appreciative and encouraging.  Since then he has asked me to contribute poems to his anthologies including, In Praise of Animals: A Treasury of Poems, Quotations, and Readings to Celebrate the Animal Kingdom; Beyond Absence: A Treasury of Poems, Quotations and Readings on Death and Remembrance; and We Pledge Our Hearts: A Treasury of Poems, Quotations, and Readings to Celebrate Love and Marriage, all published by Skinner House Books.  And let me tell you it was an honor to be in the kind of company he included in those fine books.
Ed grew up in Delaware and studied American history at the University of Delaware and as a graduate student at the University of Vermont. He received took his theological training at McGill University’s Faculty of Religious Studies in Montreal and lived in Canada for six years. He served the First Unitarian Church of Youngstown in Ohio from 1977-‘83 before he was called to Hinsdale.  Ed described his ministry as “humanistic in orientation and steeped in Natural Religion.” He retired last year and was named minister emeritus.
On retirement Ed and his wife Ellie set off on an adventure—a trek that took him to his old stomping grounds in grimy. Decaying Youngstown and through the Delaware region before settling in Wilmington.  The result, naturally was a new book Around the Delaware Arc brought out by his own imprint Royal Nonesuch Press where Ellie is the designated “Publishista.”
Ed wrote this about himself a while back:
I favor back roads and small towns throughout America, urban strolls in Chicago neighborhoods, ethnic restaurants and country cafes, and vegetarian food. Influences include Emerson and Parker, Twain, Jung, Fromm and Frankl, Steinbech and Sinclair Lewis, J. W. Krutch and Hal Borland. I adore Debussy. The Maltese Falcon and Casablanca are my nominees for top movies, but in the right mood, I’ll vote for Cinema Paradiso, and sometimes for Blade Runner. In my estimation, James Lee Burke is a much underestimated American author and Ross Lockridge, Jr.’s 1947, Raintree County, is the great American novel.
I asked Ed as a favor to send along three of his favorite poems.  And these are them.  Enjoy!

The moon—
—a fingernail paring
curving upward—
And above a delicate tip
a solitary planet.
A simple composition
in an April night.

I stare,
to keep it forever,
at least in memory’s eye.

In the cool silence,
Stirrings—
The pent ache
of bud and leaf unfolding.

There was never any more
majesty and mystery,
Never any more understanding
Than in this moment:

Moon and planet
in a mute sky;
And life’s desire
whispering persuasively.

An Invocation for We the People

We the People pause, as we do at events such as this,
So We the People might acknowledge, together,
deeper rhythms of our common life.

Some of us simply choose to keep a silence—
alone in our private chambers of thought—
listening, perhaps waiting for a Word.

We the People invoke God—the Nameless One of the Jewish
tradition, the Incarnation of Jesus of the Christian faith,
Allah of Islam, Brahma in the many avatars of
Hinduism, the Buddha Spirit, the Goddess,
—all  manifestations of the Divine realized by
persons of strong traditions and good intentions.

Or We the People invoke the Substances
behind the Forms we cherish: Love,
Humanity, Justice, Democracy, Sisterhood
and Brotherhood, Freedom, or Community.

Or We the People invoke, in our silence,
inner resources: reason, conscience, intuition,
inspiration, or imagination.

In this expansive spirit, we pause, we invoke, we
recall, we dedicate,—now ,—in  this moment and
in this place:

Let there be humility for the bounties
we freely enjoy.
Let there be gratitude for the labor of those
who preceded us, as well as those who serve and keep us now.
And let there be hope for those who will
follow, for whom we prepare a way.
We the People seek these things
In our many voices and in our varied integrities.

Communion of Our Humanness

We make too much of our distinctions
That which
separates and divides us,
one from another:
person from person,
race from race,
nation from nation.
Beyond all that
separates and divides,
Beyond the superficial distinctions
of sex, age, color, origin, religion, ability...
whatever!
There is the communion of our humanness.
Our instincts and impulses,
Our desires and drives,
Our hopes and fears
Are essentially the same.
We are kindred beings, soul mates,
brothers and sisters—
Of the same flesh and spirit.
I am my brother’s and my sister’s keeper,
I will do unto others as I would have done
to myself,
Because I am my brother and my sister
multiplied by the factor of all
my brothers and sisters who have lived,
who will ever live, and who live now.