Ask a Parisian—Bastille Day or the Fête Nationale

Note—Like most of Europe many of the restrictions and shutdowns during the Coronavirus pandemic have been cautiously eased since the emergency is mostly under control unlike the raging disaster in the U.S.  Parisians will be able to observe their great national patriotic holiday in relative safety.  And that is reason to celebrate.
It’s Bastille Day, of course, commemorating the day in 231 years ago in1789 when the Paris Mob set off the French Revolution by storming the Bastille, a fortress prison traditionally used by the monarchy to detain its political enemies without benefit of civil appeal.  The French make a big deal of it.
In the United States it would ordinarily be marked by an exceptionally busy evening in French restaurants.  In recent years the long-time loathing of all things French by the right wing stretching back to the panic of Federalists over the Revolution has been revived and we are told that patriotic Americans must despise the Frogs and their damned holiday.
There was a brief thaw after the Charlie Hebdo massacre if only because it gave American xenophobes an opportunity to paint Muslims as a universal threat to Western Civilization.  Then two years ago Donald Trump was in Paris.  French President Emmanuel Macron publicly made nice with the Cheeto in Charge and gave him the full glitz and pomp of a state visit.  They also watched the annual military parade which so deeply impressed Donnie Boy that he had to have one of his very own back home which finally came to a sort of feeble fruition with his Fourth of July debacle with tanks on the National Mall last year.

But the flirtation with France was short lived when Macron chimed in with other European and allied leaders, pointing out what a bonehead, bully, and bullshit artist Trump was.  Pretty soon Fox News talking heads, Congressional chest beaters, and Alt-Right hate peddlers were back on the familiar ground of dissing the French.
For their part the in the wake of the two World Wars the French always gratefully welcomed American visitors to share their celebration but not this year.  France and the other members of the European Union have had to ban travel from the U.S. to the Continent because the Cheeto in Charge and his minions and enablers have let the Coronavirus run unchecked with the highest infection and mortality rates in the world. 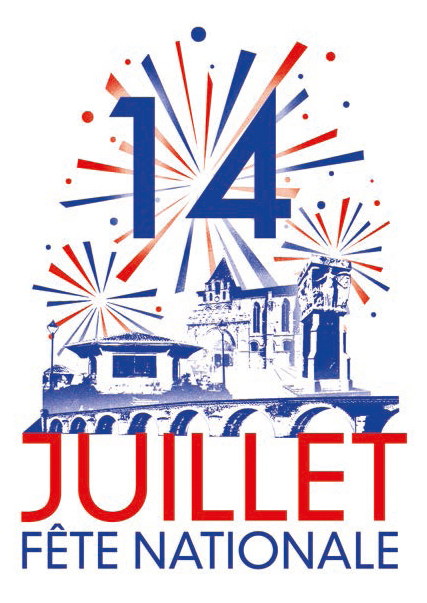 In France the holiday is known as La Fête Nationale—the National Celebration and it does not officially commemorate the revolutionary event at all, but rather the 1790 Fête de la Fédération, held on the first anniversary of the storming of the Bastille and supposedly symbolizing the unity of the nation under the constitutional monarchy that preceded the First Republic.  The national holiday was established in 1880 after observances had been popularly revived in 1878 and ’79.
Celebration of the storming of the Bastille had been neglected during the turbulent and bloody periods of the Revolution and suppressed during the Napoleonic Empire, the later Bourbon Restoration, and the Second Empire under Louis Napoleon.

After the Paris Commune was crushed by the National Guard in 1871 in the aftermath of France’s humiliating defeat in the Franco-Prussian War and the fall Louis Napoleon which resulted in more than 30,000 Parisians being executed, celebrations of revolutionary action by the Paris mob were naturally discouraged.
But by the end of the decade the conservative Second Republic was searching for ways to restore national unity and reassert national pride.  On June 30, 1878 the City of Paris declared a feast in honor of the Republic which became a gay affair with boulevards lined with the Tri-color flag.  The following year the feast was moved to June 14 and a reception was held at the Chamber of Deputies, a military parade was put on, and celebrations spread to other cities giving the day semi-official recognition as a national event.

But debate over the next year about establishing Bastille Day as a national holiday in the Chamber was often bitter and divisive.  Monarchists, some of the senior military who had been involved in crushing the Commune, and other conservatives were bitterly opposed.  Instead they proposed August 4, the anniversary of the end of serfdom under the constitutional monarchy in 1789.  But the people’s enthusiasm for Bastille Day could not be denied.
In the end a compromise was reached to commemorate not the revolutionary action, but the Fête de la Fédération.  Authorities also made sure that the central event of the new national celebration when it was held for the first time in 1880 would be a grand military parade.  The holiday was intended to be less a celebration of the still dangerous ideas of Liberté, égalité, fraternité (Liberty, Equality, Fraternity) than one of martial nationalism.

To this day the grand military parade, the oldest such tradition in the world, presided over by the President of the Republic and spectacular fireworks in the evening are the center pieces of the celebration.
But stop a Parisian on the street and ask what he or she is celebrating and there is no talk of the Fête de la Fédération.  Paris celebrates Bastille Day.

Posted by Patrick Murfin at 5:19 AM