Looking Back on What Doesn’t Stay in Vegas—Murfin Verse 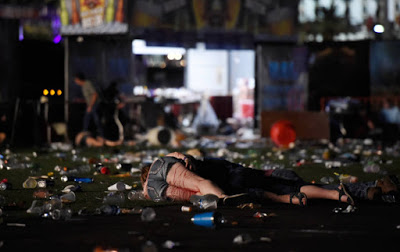 Three years ago on October 1, 2017 Wikipedia reminds us:

Stephen Paddock, a 64-year-old man from Mesquite, Nevada, opened fire upon the crowd attending the Route 91 Harvest music festival on the Las Vegas Strip in Nevada. Between 10:05 and 10:15 p.m. PDT, he fired more than 1,000 rounds of ammunition from his 32nd floor suites in the Mandalay Bay Hotel, killing 60 people[a] and wounding 411, with the ensuing panic bringing the injury total to 867. About an hour later, Paddock was found dead in his room from a self-inflicted gunshot wound. His motive remains officially undetermined.

The incident is the deadliest mass shooting committed by an individual in modern United States history. It focused attention on firearms laws in the U.S., particularly with regard to bump stocks, which Paddock used to fire shots in rapid succession, at a rate of fire similar to automatic weapons.[3] As a result, bump stocks were banned by the U.S. Justice Department in December 2018, with the regulation in effect as of March 2019.

Within a couple of days the identities of the victims became, one by one, known.  They were a cross section of Americans out to have a good time in the city that brags about keeping secrets, maybe Whiter than some concert throngs.  On October 3rd I took notice of them.

Oh, and in case you were wondering, other than that blip reform on bump stocks, no other action was taken to confront rampant gun violence.  In fact the massacre caused a rush to stock up on more, and more deadly firearms, ammo, and those soon to be banned bump stocks.  The NRA fundraised over the hysterical threat of gun grabbers.  And for most of us, numbed by way too many shootings, the event has faded into the recesses of our memories. 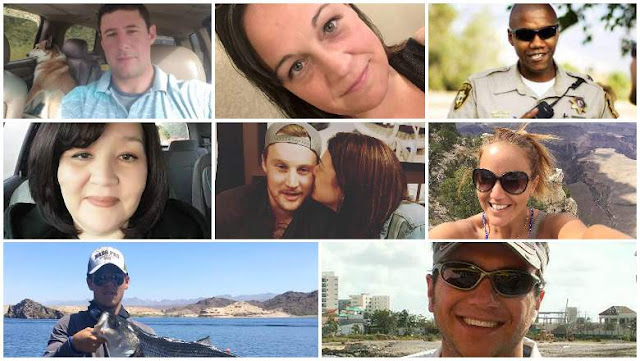 What Doesn’t Stay In Vegas