This is the International Day of Non-Violence, I Think it’s a Secret 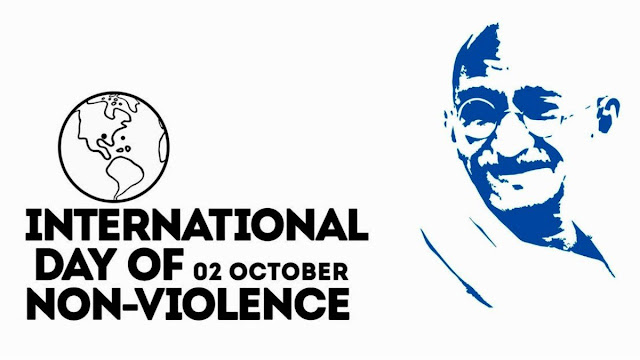 Did you know October 2 is the International Day of Non-Violence?  Neither did I until stumbled on the information during my daily scrounging for something—any damn thing—to write about.  My first thought was that it is such a good idea that it is no wonder it is obscure.

It’s one of those United Nations observances.  Right away that makes it deeply suspect here in good ol’ U.S.A. where a huge chunk of the population is still convinced that UN black helicopters supported by the minions Barack Hussein Obama are poised to swoop down and rip the guns from the hands of patriots.  But other UN holidays get better press even here—International Women’s Day, International Children’s Day, the International Day of Indigenous Peoples—to name a few examples.

Maybe it’s because it is still pretty new and hasn’t had a chance to catch on—it was first observed in 2008 after being adopted General Assembly on June 15, 2007.  Apparently the ambassadors of several countries were asleep.  After all protest—even non-violent protest—is not popular with a wide range of dictatorships and or with oligarchies posing as democracies.  It’s law breaking and anarchy to most governments and only to be encouraged in the realms of one’s enemies.  Take the U.S. which got giddy in support of various color coded non-violent revolutions where the old Soviet Union held sway or about, at least at first the Arab Spring until it threatened to spread to our Saudi and oil rich Emirates pals, but shovels riot gear and arms to dozens of repressive regimes when those being repressed are on our own shit list.

Around the world non-violent protest is often met by brutal state repression.

And in an era of militarized police, free speech zones, the general criminalization of dissent, suppression of and spying on Black Lives Matter protests and organizers, the targeting of the amorphous Antifa movement, the militarization of Federal police agencies into something with more than a passing resemblance to a secret police,  alleged Free Speech Zones safely caged away from political conventions and campaign rallies, and an Il Duce impersonator in the White House it is pretty clear that there is no commitment to respecting non-violent protest at home, either.

The very origins of the UN observance are, after all, suspect.

In 2003 Shirin Ebadi an Iranian lawyer, a former judge, human rights activist,  founder of Defenders of Human Rights Center in Iran, and Nobel Peace Prize Laureate met an  Indian teacher, Akshay Bakaya in Paris.  Bakaya brought her an idea that he said originated with his students—an international observance honoring non-violence as a tool for social change tied in some way to its greatest modern proponent, Mahatma Gandhi. 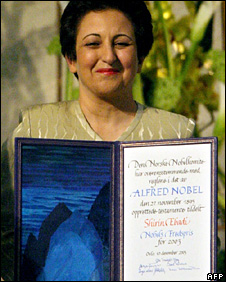 Nobelist Shirin Ebadi's. award has since been seized and stolen by the Iranian regime..

On January 30, 2004 while in Bombay, India for the World Social Forum, Ebadi first proposed that the date, also the anniversary of Gandhi’s assassination by Hindi extremists in 1948 be designated as an international day of non-violence.

In tandem with South African Anglican Archbishop Desmond Tutu, Ebadi reiterated the proposal at the Satyagraha Conference at Delhi but changed the proposed date to October 2, Gandhi’s birthday which already was an Indian celebration known as Gandhi Jayanti.  The conference had been cosponsored by Tutu and Sonia Gandhi, President of the Indian National Congress Party.  The term satyagraha was coined and developed by Mahatma Gandhi and translates as insistence on truth or soul force. It is a philosophy and practice within the broader idea of non-violent resistance. 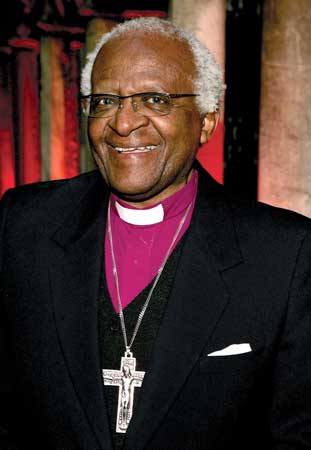 With the support of the ruling Congress Party, India brought the idea to the U.N. General Assembly, which acted with unusual speed adopting the proposal on June 15 of the same year.  The resolution called on member states to commemorate October 2 in “an appropriate manner and disseminate the message of non-violence, including through education and public awareness.”

The first year celebration was marked by the issuance of a postal cachet by the United Nations Postal Administration in New York City which was used on all outgoing U.N. mail between October 2 and 31 of that year.

Since then celebrations in most countries outside of India and South Africa have been, at best, muted.

Perhaps that is because the Non-Violence promoted by the commemoration is not just a sort of vague warm fuzzy pacifism, but an active strategy for social change.  The U.N. puts it this way:

There are three main categories of non-violence action:

protest and persuasion, including marches and vigils;

non-violent intervention, such as blockades and occupations. 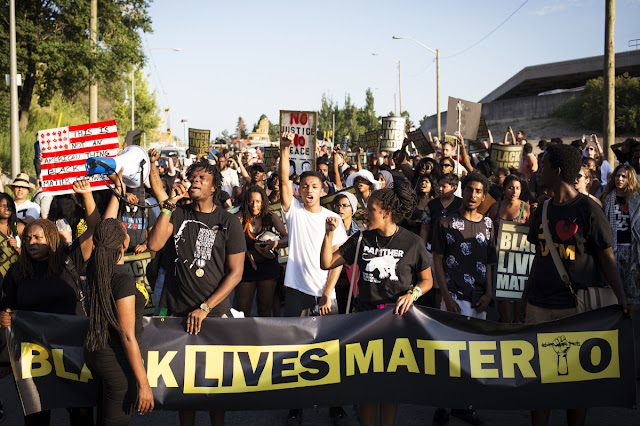 In the U.S, student-led gun violence protests, Extinction Rebellion, the Moral Monday movement, and Black Lives Matter among others have been inspired by the principles of  Gandhian satyagraha

Gee, that sounds like the last thing most regimes want to happen as Shirin Ebadi herself found out after her criticism of Iranian persecution of the Baha’i, other Iranian minorities, and dissidents when the Ayatollahs literally stole her Nobel Prize, French Légion d’honneur, and other international awards from her Tehran safety deposit box.  Her organization, the Center for the Defense of Human Rights  was raided and closed in 2008 and its employees threatened and harassed.  Ebadi, her husband, and daughter were all targeted by the Revolutionary Guard and threatened with bogus charges.  She was forced into exile in London in 2009 and has lived there ever since still threatened by the regime back home.

It is a sad tale echoed by the experiences of many others around the world.

Maybe today is a good day to dust off this neglected celebration….in the streets.  Seems to me we now have plenty of reasons to do it….