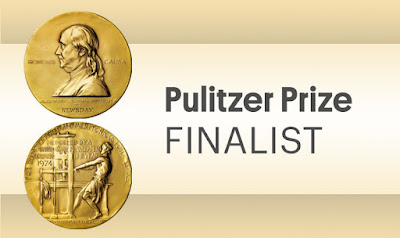 I just got around to chasing down the work of the two other finalists for the recently awarded Pulitzer Prize for Poetry.  You may recall that I posted a sample of winner Frank Bidart’s verse on Monday.  But each of the runners up were a revelation to me, and in my opinion equally deserving of the honor.
Patricia Smith was a National Book Award finalist in 2008 for Blood Dazzler and the author of six other critically acknowledged volumes of poetry. Her awards and honors include the 2014 Rebekah Johnson Bobbitt National Prize from the Library of Congress, the 2013 Lenore Marshall Poetry Prize from the Academy of American Poets, and a 2013 Phillis Wheatley Book Award. A formidable performer, Smith has read her work at venues all over the United States and around the world. Smith was born in Chicago in 1955 and attended Southern Illinois University and Northwestern University.  She is married to Bruce DeSilva, journalist and Edgar Award-winning author. She is a Cave Canem faculty member, an associate professor of English at CUNY/College of Staten Island, and a faculty member in the Sierra Nevada College MFA program.
The Title poem her nominated book Incendiary Art should sear your conscience if you have one. 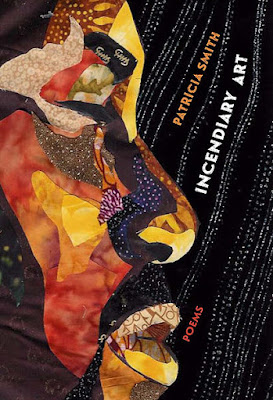 Incendiary Art
The city’s streets are densely shelved with rows
of salt and packaged hair. Intent on air,
the funk of crave and function comes to blows
with any smell that isn’t oil—the blare
of storefront chicken settles on the skin
and mango spritzing drips from razored hair.
The corner chefs cube pork, decide again
on cayenne, fry in grease that’s glopped with dust.
The sizzle of the feast adds to the din
of children, strutting slant, their wanderlust
and cussing, plus the loud and tactless hiss
of dogged hustlers bellowing past gusts
of peppered breeze, that fatty, fragrant bliss
in skillets. All our rampant hunger tricks
us into thinking we can dare dismiss
the thing men do to boulevards, the wicks
their bodies be. A city, strapped for art,
delights in torching them—at first for kicks,
to waltz to whirling sparks, but soon those hearts
thud thinner, whittled by the chomp of heat.
Outlined in chalk, men blacken, curl apart.
Their blindly rising fume is bittersweet,
although reversals in the air could fool
us into thinking they weren’t meant as meat.
Our sons don’t burn their cities as a rule,
born, as they are, up to their necks in fuel.

And I could not resist this one for sentimental reasons.  Thirty-five years ago, more or less, I passed two or three lazy afternoonsmatching Buddy Guy shot for shot in Lilly’s mostly empty Lincoln Avenue saloon and blues joint in Chicago.  We were both just killing time.

I’m talking about the man at 80—trickling Jheri curl ol skool
now razored down or just plain fell out to make way for sparse
and stubbled silver, his smile an improvidence of gold and rot

and that mile-low dip in his shoulders, that thing that happens
when the grave first whispers the deserted verbs of our names
and, like fools, we bend our nosy asses down to listen. I peel
Got my pork chops sizzlin’
Got this room set up for sin

him of denim and sharkskin, and our slow tighten-up is doused
in florescence, the slap glare of dressing room bulbs squawks
bumps and fat, muscle dwindles down, the night’s knife-sharp

Let’s don’t waste no time with talkin’
Cause we got so much to learn
and droop, but this man here beguiles with the hesitation twang
and the stutter of porch, a dusty lust as close as real religion
gon’ ever get to me. I so obsessively hatched the ravish, nights

all edgy with him, his ladled sugar mouth, air ’sissippi thick,
shards of pig and bacon grease funking in Mason jars beneath
the sink. I nibble grime from his fingers, savor dizzy nails black

What we need with ’llumination?
In this dark, just me and you

with Lucky Strike reek and bass string, I am mad slow with their
indents, their boisterous scars. I bite a little torch into the wilting
comma of his lifeline and for the first time, sound. He moans as

juke, he moans as blue elder. Death, stanking aloud and scarlet,
sprawls wide-legged on the couch across from us, pretending
to be detached, but she can’t resist tapping a bony toe in time

Go in deep and whisper
“You ain’t had no man like this.”

glow of shot glasses that are unwashed but rinsed and rinsed in gin,
hefted, blistered a nasty gold. Clawing my waist, he screams the name
of his first guitar, conjuring the outline of her splintered hips, his sweet

migration, south to north, across a silent girl. But I am wide aloud, we
are in Chicago and a little church leaks from our tangle. He prays to just
stay alive, howling like our stink in this room. And I strive to be his lyric. 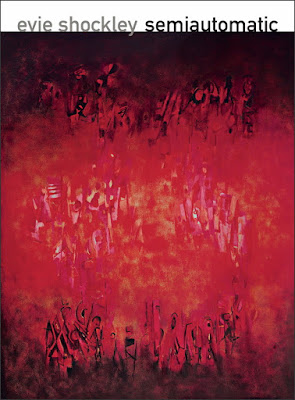 The other finalist was Evie Shockley who has published multiple books of poetry, including the new black, winner of the Black Caucus of ALA’s Literary Award for Poetry, and a half-red sea.  She was honored for her newest volume semiautomatic. Her poetry has appeared in MELUS, Harvard Review, Columbia Poetry Review, and in the anthology Black Nature: Four Centuries of African American Nature Poetry. among many other publications. Shockley received the 2012 Theodore H. Holmes ’51 and Bernice Holmes National Poetry Prize, awarded to "a single poet of special merit" by the faculty of Princeton University’s creative writing program. Born in 1965 and raised in Nashville, Tennessee, Shockley received her BA from Northwestern University. After studying Law at the University of Michigan, she earned her PhD in English from Duke University. She is an assistant professor in the English Department of Rutgers University.
Where’s Carolina
east of childhood, north of
capitol offenses, just west
of a big blue treasure chest:
wet coffin of neglected bones.
in the veins, unnoticed as
a pulse. at a counter: sitting in
varicolored eloquence. behind
the mystery of the magnet. home
of horton, poetry’s bondsman:
between anger and awe. below
the line, overrated, underestimated.
helms territory: within a belt,
an expanding waste. atop hades:
persephone’s threshold. beside
cloud-hooded mountains.
outside time: a coltrane solo.
far from fatal. after all.
—Evie Shockley

From Shockley’s 2011 book the new black.
from The Lost Letters of Frederick Douglass
June 5, 1892

Dear Daughter,
Can you be fifty-three this
month? I still look for you to peek around
my door as if you’d discovered a toy
you thought gone for good, ready at my smile
to run up and press your fist into my
broken palm. But your own girls have outgrown
such games, and I cannot pilfer back time
I spent pursuing Freedom. Fair to you,
to your brothers, your mother? Hardly.

But
what other choice did I have? What sham,
what shabby love could I offer you, so
long as Thomas Auld held the law over
my head? And when the personal threat was
ended, whose eyes could mine enter without
shame, if turning toward my wife and children
meant turning my back?

Your mother’s eyes stare
out at me through yours, of late. You think I
didn’t love her, that my quick remarriage
makes a Gertrude of me, a corseted
Hamlet of you. You’re as wrong as you are
lucky. Had Anna Murray had your
education as a girl, my love for
her would have been as passionate as it
was grateful. But she died illiterate,
when I had risked my life to master language.
The pleasures of book and pen retain
the thrill of danger even now, and you
may understand why Ottilie Assing,
come into our house to translate me into
German, could command so many hours,
years, of my time—or, as you would likely
say, of your mother’s time.

Forgive me,
Rosetta, for broaching such indelicate
subjects, but as my eldest child and
only living daughter, I want you to
feel certain that Helen became the new
Mrs. Douglass because of what we shared
in sheaves of my papers: let no one
persuade you I coveted her skin.
I am not proud of how I husbanded
your mother all those years, but marriage,
too, is a peculiar institution.
I could not have stayed so unequally yoked
so long, without a kind of Freedom in
it. Anna accepted this, and I don’t
have to tell you that her lot was better
and she, happier, than if she’d squatted
with some other man in a mutual
ignorance.

Perhaps I will post, rather
than burn, this letter, this time. I’ve written it
so often, right down to these closing lines,
in which I beg you to be kinder, much
kinder, to your step-mother. You two are
of an age to be sisters, and of like
temperament—under other circumstances,
you might have found Friendship in each other.

With regards to your husband—I am, as
ever, your loving father—