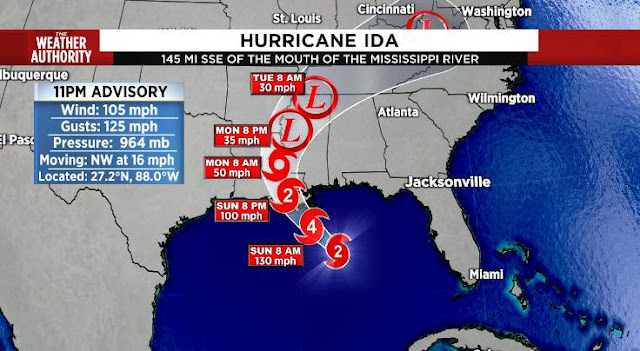 Hurricane Ida is gathering strength as it barrels north in the Gulf of Mexico and will slam into the Louisiana coast as a strong category 4 storm about 1 pm this afternoon.  Passing west of New Orleans the worst of winds of more than 150 mile per hour and an expected storm surge of up to 17 feet at the mouth of the Mississippi and 8 feet upriver at Lake Pontchartrain are expected to be catastrophic.  It is exactly 16 years since Hurricane Katrina wrecked its devastation.

Hopefully the Big Easy and other vulnerable Gulf communities will be better prepared this time around.  Lessons of that big storm, reinforced by three storms that slammed the same area last year.  Sea walls and levees have been reinforced and raised.  Residents are more apt to positively respond to calls for early evacuations and plans for those evacuations are said to be better.  New Orleans and other areas have lost as much as a quarter of their pre-Katrina populations somewhat easing the pressure.  City and State resources have been pumped up.  And perhaps most critically the Federal response by the Federal Emergency Management Agency (FEMA) will be in the hands of competent and experience professionals fully backed by President Joe Biden who unlike George W. Bush actually believes that government can function. 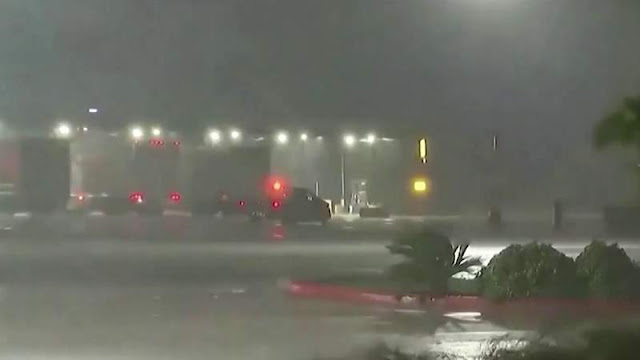 Even before Hurricane Ida makes landfall in Louisiana power crews are at work trying to restore service in some areas.


On the other hand, Louisiana is already in the grips of one of the worst Coronavirus Delta variant outbreaks in the country.  Its hospitals are already overwhelmed.  Masking, social distancing, and sanitation protocols, only tepidly supported by the Republican governor and legislature will be impossible to maintain especially in crowded shelters and on evacuation busses.   Vaccination rates are low.  A sharp spike in new infections is likely just as hospitals are least able to deal with critical cases.

There is still political and social tension between the Democratic city government and the Republican controlled state that can easily scuttle cooperation and lead to new rounds of blame shifting and finger pointing when things go wrong.

Systematic racism is the political and cultural order of the day along the Gulf Coast.  Poor Black residents may still be denied equal access to emergency aid and be blocked from evacuation through or to wealthy white enclaves.

We can hope for the best but must be ready for the worst.

A look back at Katrina reminds us of an enduring rage and sorrow. 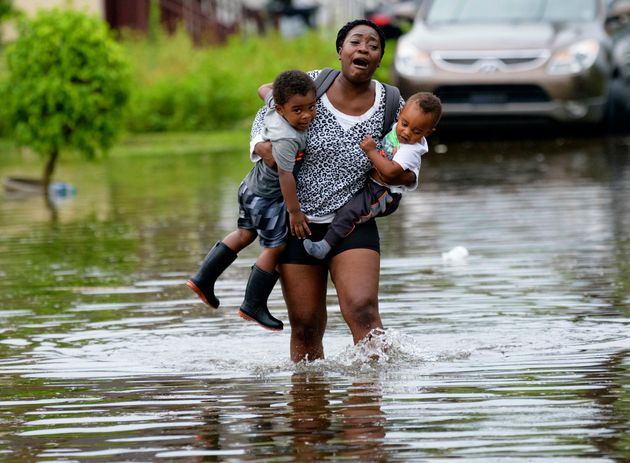 A Black mother and her children desperately sought refuge from flooding after Hurricane Katrina in 2005.


On August 29, 2005 Hurricane Katrina slammed into the Gulf Coast with the eye just east of New Orleans.  Winds had diminished and the storm had been downgraded from a Category 4 to a Category 3 and there was some hope that the city and surrounding Parishes might be spared the destruction predicted earlier in the week.  Although wind damage was severe, a lot of folks breathed deeply after the brunt of the storm moved past.

But the storm surge sent as much as 15 feet of water inland flooding the low lying coast from the Texas border to nearly Pensacola.  It pushed up the Mississippi and into Lake Pontchartrain.  Within a few hours the levy system protecting the city broke in several places and water inundated most of the city.  Especially hard hit were the low lying neighborhoods along the canals and directly under the levies, including the largely Black and impoverished 8th and 9th Wards.  By 11 p.m. Mayor Ray Nagin described the loss of life as significant with reports of bodies floating on the water throughout the city. 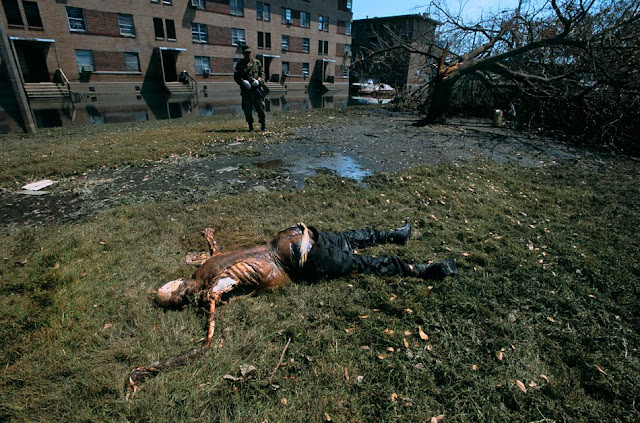 An enduring symbol of the criminal negligence in rescuing poor Black residents after Katrina--the body of a drowning victim rotting in the sun days later.


As horrible as the situation was, it was only the beginning.  Evacuation orders had encouraged many of those with vehicles to flee north.  But the highways were soon clogged and those late to leave were trapped.  No plans had been made for the hundreds of thousands of city residents without transportation, or the aged and ill.  The poor were essentially trapped in the city.  And as they drowned talking heads on television scolded them for not heeding the evacuation orders.

The story of the immediate misery of the next few days has been told and retold and is far too vast to be recounted here.  Suffice it to say the disaster unmasked incompetence at every level of government compounded by a blasé racism eager to blame the victims.  The response by the Federal Emergency Management Agency (FEMA), headed by political toadies and lickspittles, became a national scandal.  But it was the inevitable result of George W. Bush’s administration which had as its highest goal to prove that government is inherently incapable of managing things efficiently.

The disaster created a diaspora.  Eighty percent of the New Orleans population fled.  Five years later less than half had returned.  And much of the city, particularly the Black Wards away from the restored tourist areas, remained a waste land. 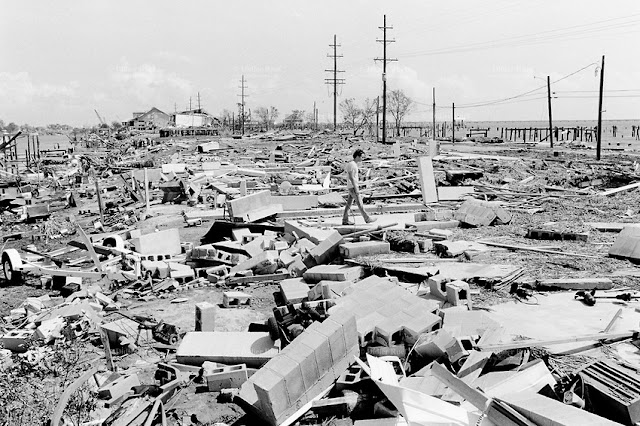 The Black and poor Lower 9th Ward of New Orleans months after the storm.  Amazingly little has been restored to this day.


The youth group of my church, then known as the Unitarian Universalist Congregation of Woodstock, spent a week there in July 2010, nearly five years after the storm, doing service projects.  They brought back video and photographic evidence of the distressing situation.  There will be work rebuilding and restoring homes in those districts for hundreds of youth groups for years to come.

When historians look back on the disaster and its long aftermath years from now, they may well conclude that this was the moment when the traditional cocky confidence of American exceptionalism bit the dust and the Empire began it precipitous decline.

Posted by Patrick Murfin at 7:46 AM