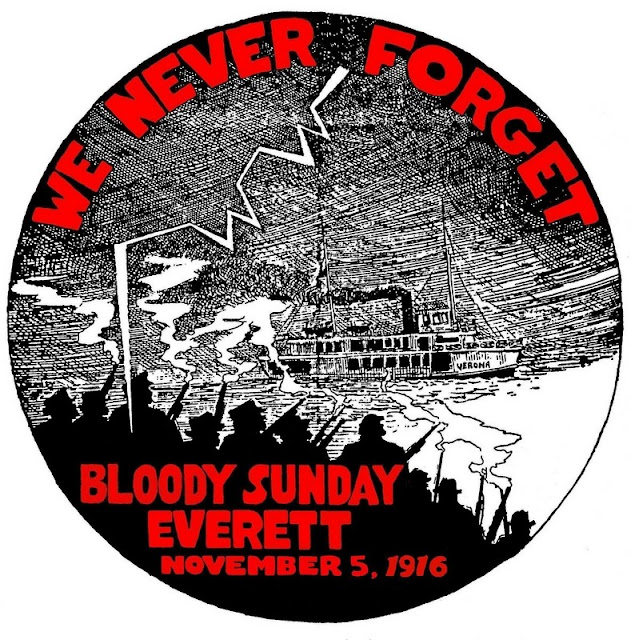 The IWW circulated this "silent agitator" sticker throughout the Pacific Northwest timber industry country in the wake of the ambush an murder.  A version was also used as a special assessment stamp to raise money for the Wobblies held on murder charges.

On November 5, 1916 two boatloads of Wobbly militants approached the dock of a Washington State lumber town.  They were coming to support a bitter strike by another and competing labor union.  For the IWW militants singing on the deck solidarity with fellow workers was more important than the union card in the overalls or dues button on a cap.  Before they could tie up, they were met by a hail of gun fire.  At least five were killed—others fell overboard and were never found—and more than two score treated for wounds.  When the boats limped back to Seattle, the survivors were arrested and put on trial for murder.  It was one of the most celebrated outrages of a bloody era of open class warfare.

Back in 1916 the town of Everett in the heart of Washington state’s timber region was not what you would call a labor friendly town.  The city and surrounding Snohomish County governments were firmly in the hands of lumber and commercial interests determined to keep any kind of unionism out of the woods.  And they meant to enforce their will with special deputies and vigilantes organized by the Commercial Club.  Things had been dangerous for unionists for some time.  On November 5 they turned deadly when two boats of Wobblies tried to dock for a rally in support of striking AFL Shingle weavers. 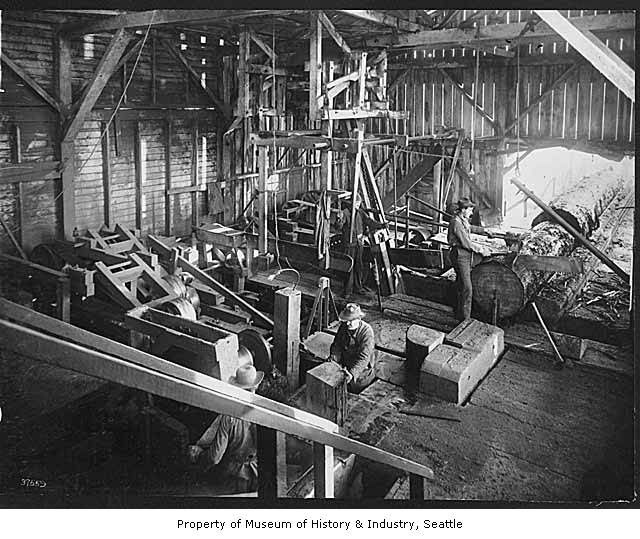 Shingle weaving was the highly dangerous craft of cutting cedar shakes using a series of saws and shears.  Many men lost fingers or hands in the unguarded equipment.

1916 was a panic year and around the country construction ground to a near halt and with it demand for lumber.  Already tense with long-term efforts of both the American Federation of Labor and the more militant Industrial Workers of the World (IWW) to organize in the woods, industry bosses decided to step up opposition.

The IWW was especially feared.  It had already launched several Free Speech Fights clogging local jails with prisoners for the right to soap box.  That soap boxing was an important organizing tool to educate men and break the power of the job sharks who contracted labor for the remote lumber camps.  Worse, even without formal recognition, IWW job delegates were organizing in the camps, getting men to lay down their tools after 8 hours, burning vermin infested bedding, and abandoning camps entirely at critical production times.  The union was thus able to actually enforce working conditions even where the bosses would not speak to it. 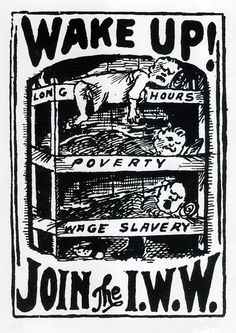 An IWW recruitment cartoon highlighting the crowded and primitive conditions of the lumber camps.

The AFL, a union representing skilled craftsmen and ignoring more manual casual laborers, had been seen, however reluctantly by some, as a safety valve to keep workers out of the notorious Red union.  In other areas of the state the AFL had been able to gain recognition.

Not around Snohomish County.  When Shingle Weavers went out on strike for recognition that summer, they discovered just how determined authorities were to keep them out.  On August 19 a group of strikers were waylaid, ambushed, and trapped on a railway trestle outside of Everett and many were beaten severely with clubs, whips, and axe handles.

Relationships were often tense on the official level between the AFL and IWW.  The Seattle based IWW newspaper The Industrial Worker often derided conservative “business unionism” and poked fun at workers swallowing the boss’s or AFL lines in Mr. Block Cartoon and in song lyrics by Joe Hill.  But on the principle of solidarity, there was no division.  IWW leadership and members determined to come to the aid of the besieged Shingle Weavers. 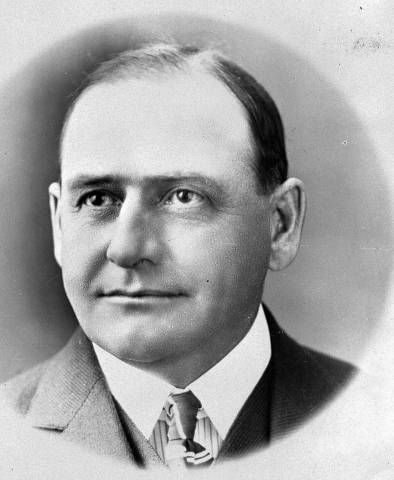 Despite being a former shingle weaver himself, Sheriff Donald McRae was ruthless in his organization of a local posse and company thugs in a series of brutal attacks on union members even before the day on the dock.

The Wobblies tried to open a hall in Everett.  Sheriff Donald McRae, who organized and led the legal posse and Commercial Club goons, quickly shut it down.  On September 11 IWW organizer James Rowan was seized and taken to the woods where he was sadistically beaten.  Responding to calls in the Industrial Worker for reinforcements over the next month or so about 400 Wobs drifted into town in groups only to be met by armed violence and driven away.

On October 30 about 40 harvest stiffs arrived from the wheat fields in eastern Washington.  They were rounded up as they arrived on freight trains and taken to a secluded railway crossing.  There they were made to run a gauntlet over a cattle crossing grating between lines of club wielding deputies.  All were gruesomely injured.  A committee of churchmen investigating the incident soon after reported finding the men’s skin, hair, and blood still sticking to the grating.  Their blistering report and plea to allow free speech to resume in Everett helped shift public opinion.  With the advice of the ministers, the IWW circulated a flyer in the town calling for a mass protest.

Meanwhile, the Shingle Weaver strike dragged on.  In Seattle IWW organizers decided it was fruitless and dangerous for small groups to try and come into town by rail.  It was decided to rally hundreds on a Sunday afternoon, bringing them down from the city on chartered boats for a scheduled rally at a local park.

Between 300 and 400 Wobs rallied at the Seattle hall and marched to the waterfront where they boarded two small steamers, the Verona carrying the bulk of them and the slower Calista carrying the overflow.

The Verona was well ahead when it pulled up to the dock in Everett.  The men on board were singing the IWW version of Hold the Fort.  Most crowed the rail on the dock side, eager to get off.  Sheriff McRae and 200 deputies met them.  Most were on or near the dock.  A few were hidden in a warehouse and others were on board a harbor tug, the Edison.

The Verona managed to come into dock and got one line looped around a bollard.  Sheriff McRae stepped forward, pistol in hand and asked, “Who’s in charge there?”  In true Wobbly fashion and in the tradition of Spartacus the men on the boat yelled back, “We all are!”  McRae announced he was “upholding the law” and that the men would not be able to land.  “The hell we can’t,” was the unanimous response.

Seconds later a first shot was fired.  No source was ever identified, but almost immediately teen age Hugo Gerlot, who had shimmied up a mast to act as a lookout, fell dead to the deck.  Then the whole line of gunmen on the dock and those in the warehouse and on the Edison unloaded a terrible fusillade. 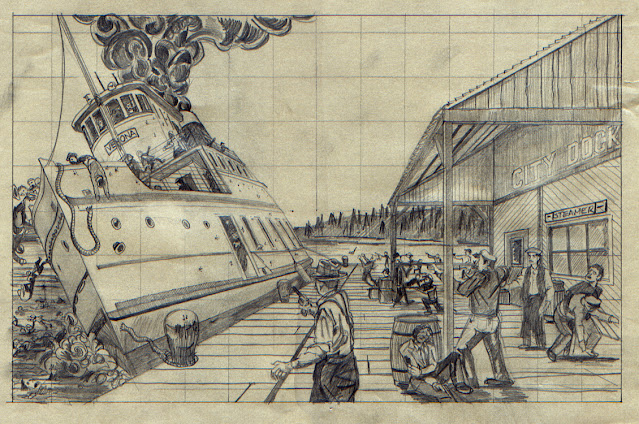 A sketch of the attack on the Verorna from the Everett City Dock.

On board the Verona, the Wobblies stampeded to the other side of the ship, causing it to nearly capsize and sending several into the waters Puget Sound where some drowned.  Firing kept up for almost 10 minutes.  The pilot house was later found to be peppered with more than 177 bullet holes.  Captain Chance Wiman only saved himself by crouching behind the ship’s safe.

After the ship righted itself from the near capsize, below deck engineer Shellgren frantically and blindly put the engines hard astern.  The line tying the ship to the dock finally snapped and she was able to pull away.  Wiman resumed his place at the wheel, but deputies using hunting rifles continued to pepper the retreating boat with sniper fire.  The Verona met the lagging Calista and frantically signaled her to turn around.

At least 5 Wobblies were known dead.  But no manifest was kept and many of the men had just arrived in Seattle in response to the Industrial Worker calls and were unknown to others on board.  Several men had gone overboard and not all were accounted for.  Some scholars of the event believe as many as 12 may actually have died of gunshot wounds or drown and their bodies either never recovered or hidden by Everett authorities.  27 would be treated for wounds in Seattle, and others undoubtedly likely suffered minor wounds untreated by medical personnel. 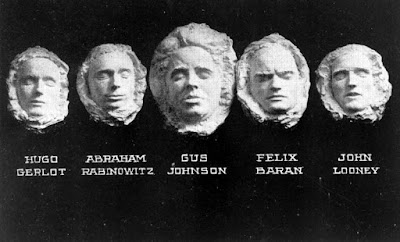 The death masks of the five known IWW dead.

There was carnage among the attackers, too.  Two men in the warehouse died, shot in the back by their fellow ambushers in the wild shooting as no incoming bullet holes were ever found in the building.  Ashore and on the dock 20, including Sheriff McCrae were injured.  Despite claims that they had been fired upon from the ship, no evidence of that was ever found.  IWW leaders regularly and routinely discouraged members from carrying guns.  Even if a handful had been armed with concealed handguns and managed to get off a shot or two, all the wounds were from long guns.  The Sheriff and his men were the victims of their own crossfire, especially fire from the Edison.

Despite this, when the Verona tied up in Seattle the passengers were arrested.  75 of them would be charged with murder.   IWW leader Thomas H. Tracy was the first to face trial in the hostile Snohomish County courthouse.  The trial dragged on for two months.  Mountains of testimony and evidence revealed that the shooting was planned by the posse, that IWW had either not been shooters or acted in self-defense, and that the deaths and injuries among the posse members were all “friendly fire.”  Tracy was acquitted in May 1917 and publicity around the case aroused considerable public sympathy for the IWW.  None of the other members charged were ever brought to trial. 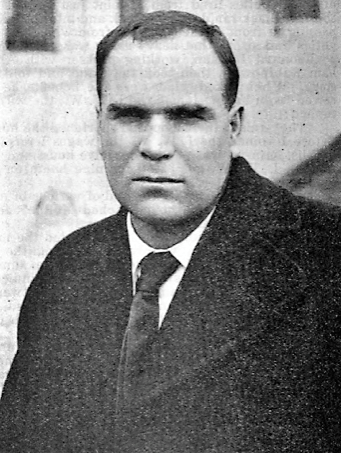 IWW leader Tom Tracy was the first and only one of the Wobblies charged with murder who was  brought to trial.  He was acquitted.

As for the Shingle Weavers, well their AFL leaders never came to the defense of the IWW members who had died trying to aid them.  They eventually lost their strike.  Many of their former members took out Red Cards.

With World War I once again ramping up demand for lumber and labor shortages as young men were drafted or enlisted, the IWW was able to exert greater than ever de facto job control in the region’s lumber camps.  Conditions improved, clean bedding was provided, plentiful and good quality food was on the mess table, the eight hour day strictly enforced, and the power of the job sharks at least temporarily broken.  This prevailed until after the war and a new wave of repression in the infamous Red Scare.

The Everett Massacre is one of several labor tragedies that occurred in November and which Wobblies annually commemorate with In November We Remember.  The other events include the execution of the Haymarket martyrs, Joe Hill’s death by firing squad, the lynching of Frank Little in Butte, Montana, and the Armistice Day 1919 attack by an American Legion mob on an IWW hall in Centralia, Washington and subsequent lynching of Wesley Everest. 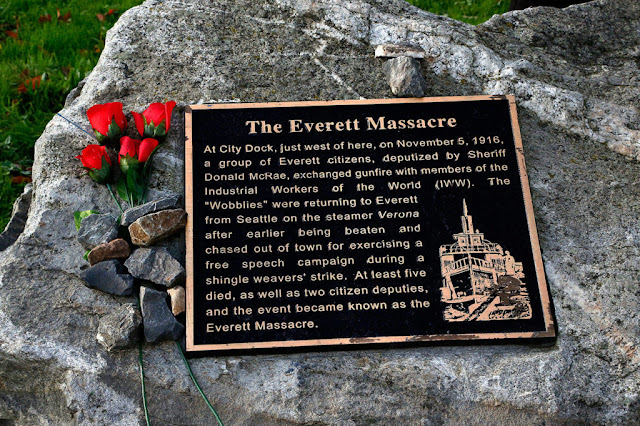 A hundred years after the massacre the event was finally commemorated in Everett with this historic marker.

On a personal note, I spoke in Everett on an IWW soapboxing tour in 1970.  Not only was our street meeting allowed to go on unmolested, but I was interviewed by the local newspaper and featured in a front page article with a big photo.  The young reporter who conducted the interview said I was the first Wobbly the newspaper had actually talked to in its long history.  Later in Seattle on that same trip the old Norwegian lumber worker Herb Edwards took me to a nursing home and introduced me to one of the last surviving veterans of that awful day in 1916.