Wobblies and the Labor Movement—In November We Remember 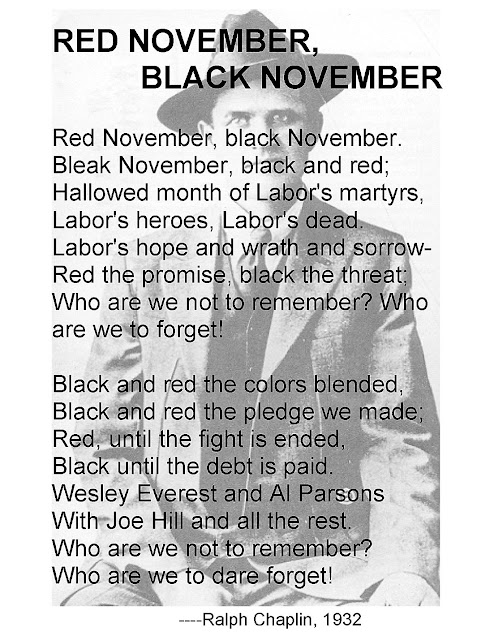 Ralph Chaplin, then the editor of the Industrial Worker, wrote this poem, later set to music.  Pictured is Frank Little, the tough IWW hard rock miners organizer who was lynched in Butte, Montana in 1917.

English school children still chant “Remember, Remember the Fifth of November,” now a harmless nursery rhyme about Guy Fawkes and the Gunpowder Plot but was once an annual call to riot and mayhem against Catholics not only in Britain but in pre-Revolutionary War New England.  Here in the American Midwest, we are often reminded of the Edmund Fitzgerald, the Great Lakes iron ore freighter that sank with all hands in a gale on Lake Superior on November 10, 1975 and is commemorated in Gordon Lightfoot’s haunting ballad.  On November 11 Americans celebrate Veterans Day on the anniversary of the Armistice that ended the First World War.  But in Britain and most Commonwealth nations it is a somber Remembrance Day, more akin to our Memorial Day in honoring war dead. 
But the month carries special meaning to the American labor movement.  Beginning in the early 1920’s the Industrial Workers of the World (IWW) began annually commemorating a string of radical and union martyrs under the heading In November We Remember!  Aside from articles in the union press—the Industrial Pioneer and the Industrial Worker—and often local programs and memorials, the month was used to raise funds for the General Defense Committee for the legal defense of persecuted unionists and aid for class war prisoners.

Most often cited in annual observances were the following cases, each with a unique and tragic story.  In each case I will link to a blog post with a full story. 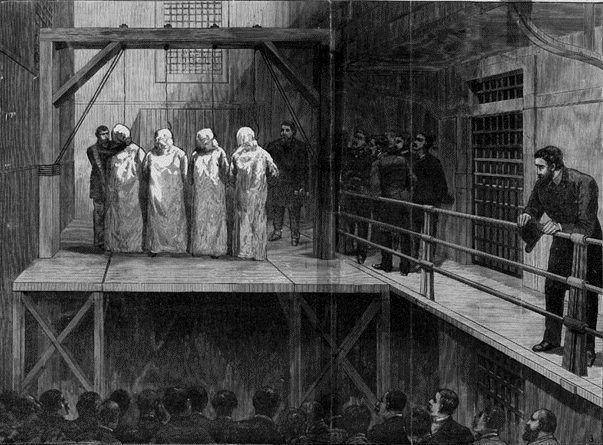 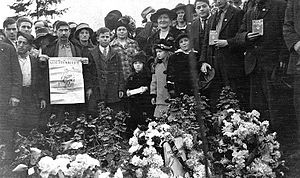 A union funeral for three of the victims of the Everett Massacre.


The Everett Massacre—The IWW lost at least 5 dead and 27 injured when Sheriff's deputies and timber industry gun thugs opened fire on the Verona and another boat bringing Seattle Wobblies to Everett, Washington for a free speech fight on November 5, 1916.  About half a dozen other Wobs were missing and presumed drowned after jumping from the ambushed boat to evade the lethal crossfire from shore. 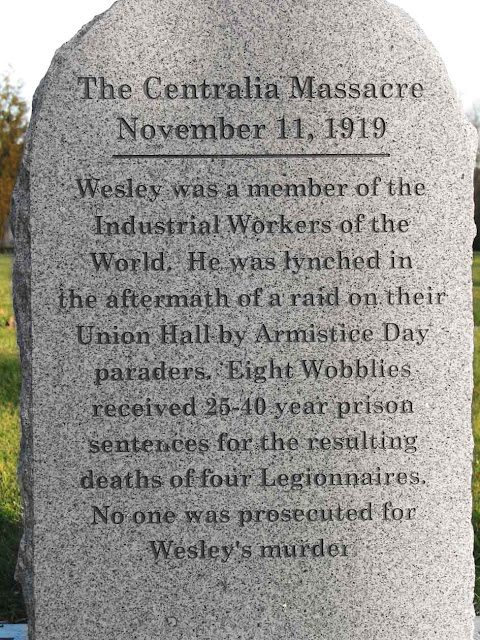 A memorial marker recently erected by Wobblies and labor history devotees to Wesley Everest, the World War I vet lynched in his doughboy uniform after the Centralia, Washington IWW Hall was attacked by American Legionnaires


The Centralia Massacre—See my Armistice/Veterans Day post. On November 1l, 1919 Westley Everest, an IWW member and veteran in uniform, was lynched following an attack on the IWW hall in Centralia, Washington by members of a lumbermen’s Citizen Committee and American Legionnaires.

Joe Hill—Legendary IWW songwriter and footloose agitator Joe Hill (a/k/a Joel Haglund and Joseph Hillstrom) was executed by firing squad in Utah for a murder he could not have committed on this date in 1915.  Many of his songs continue to be printed in new editions of the IWW’s Little Red Song Book and he helped establish a tradition of labor music inherited by Woody Guthrie, Pete Seeger, Utah Phillips, and Si Kahn and others.  He may be best known to the public for I Dreamed I Saw Joe Hill Last Night, a song by Alfred Hayes and Earl Robinson famously recorded by Paul Robeson and Joan Baez. 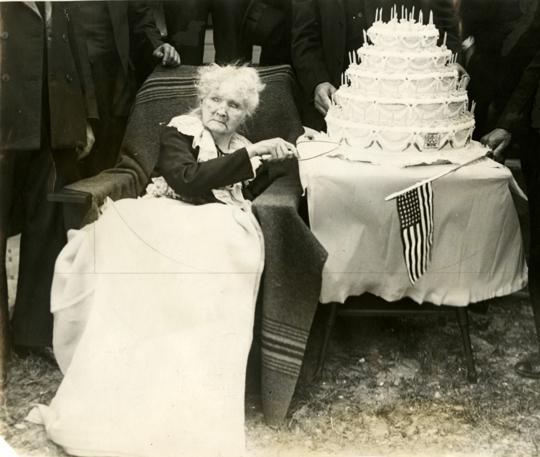 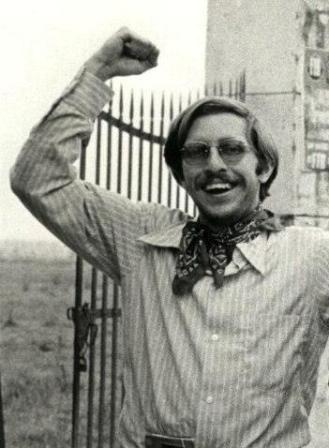 Student and journalist Frank  Terrugi is one of the most recent IWW deaths recorded in D.J. Alperovitz's file IWW Members Killed Year by Year.  He was "went missing" and was executed along with tens of thousands of others after the 1973 Chilean Coup.  His case was among the inspriations for the film Missing starring Jack Lemon and Sissy Spacek.


Among the earliest listed are several members killed in the IWW’s 1909 Press Steel Car Strike in McKees Rocks, Pennsylvania.  Seven members were gunned down and murdered in the Columbine Massacre in 1924 in Colorado when the state Militia opened fire with machine guns on a camp of coal strikers and their families.  Several other strikes had multiple fatalities.  The list also includes Wobs who died in the Baja Rebellion of 1913, Mexican Revolution, in the Soviet Union during and after the Russian Civil War, and while fighting as volunteers in the Spanish Civil War.  The last two listed were student, journalist Frank Terrugi, an IWW member killed in the 1973 Chilean Coup whose story was an inspiration for the film   Missing with Jack Lemon and Sissy Spacek and journalist Frank Gould who disappeared in 1974 while covering the Moro Rebellion in the Philippines. 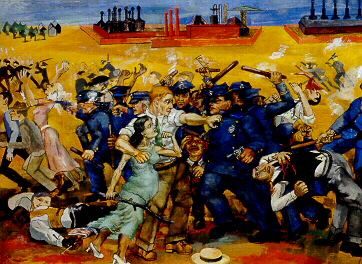 A WPA mural depicting the Memorial Day Massacre in Chicago.


Of course, we should remember the labor dead beyond the IWW.  A far from comprehensive list would include those killed in the Great Railway Strike of 1877, decades of mine wars in Pennsylvania, West Virginia, Kentucky, Illinois, and Colorado including the Battle of Blair Mountain, the 1919 Steel Strike, and the 1937 Memorial Day Massacre in Chicago.

Posted by Patrick Murfin at 6:35 AM