An Octoroon, a Railway Ticket and Enshrining Separate but Equal— Focus on Black History Month 2021 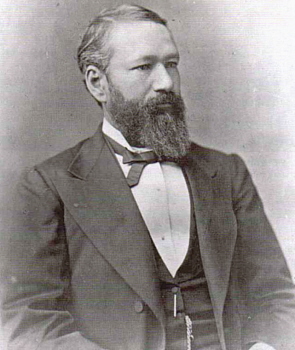 Homer Plessy was arrested for refusing to vacate his seat in a segregated rail car in Louisiana setting off a milestone court case the enshrined Jim Crow legislation as legal.

Most people who hear of the Supreme Court case of Plessy v. Ferguson, in which the court ruled that separate but equal accommodations for African Americans were legal under the Constitution, assume that it arose from a school case.  That’s because Plessy v. Ferguson was the precedent upset in 1952 by the Brown v. Board of Education ruling striking down school segregation.  But the original case had more in common with Rosa Parks.

On June 8, 1892 Homer Plessy was arrested in New Orleans for refusing to vacate a segregated railroad car.  Plessy, a Creole of mixed Black and White heritage but having only 1/8 “Negro blood,” (an octoroon in the precise racial categorizations of the day) could probably have passed for White in any other place.  But in New Orleans, where graduations of heritage were observed in exquisite detail, he was either personally recognized by the conductor or was recognized by style of dress or speech. 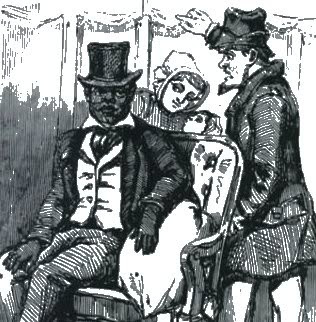 This contemporary illustration of Plessy's confrontation with the conductor clearly misrepresented reality.  In fact Plessy could have "passed for White" almost anywhere else.

It was a planned act of civil disobedience by the Comité des Citoyens (Committee of Citizens) made up of the educated Free People of Color in New Orleans.  He was convicted in local courts, fined $25—a hefty sum in those days—and sentenced to 20 days in jail.  On appeal he did not even argue that the State of Louisiana had the no right to discriminate against Blacks, but that his preponderance of White blood should have been enough to use the restricted cars.

John Howard Ferguson was the judge in the case who ruled that the Thirteenth and Fourteenth Amendments to the U.S. Constitution did not prevent the state from enacting laws separating the races on rail road cars. Plessy’s appeal sought a writ of prohibition to bar the judge from imposing the sentence.  After losing the appeal to the Louisiana Supreme Court as expected, the case was appealed to the U.S. Supreme Court. Justice John Marshal Harlan became known as the Great Dissenter for his fiery objection to the 7-1 Supreme Court decision that established the "separate but equal" rule.

Albion W. Tourgée, a former Radical Republican and founder of a pioneering Civil Rights organization, the National Citizens'’ Rights Association, and former U.S. Solicitor General Samuel F. Phillips represented Plessy ably before the Court.  But on May 18 in a stunning 7-1 decision the Court not only upheld Plessy’s sentence and conviction, but issued the infamous “separate but equal” ruling written by Justice Henry Billings Brown which not only protected existing discriminatory laws, but set off a stampede to enact segregation of all manner of facilities across not only the Old South, but in other parts of the nation as well.  A clearly shocked Justice John Harlan wrote in his dissenting opinion:

The present decision...will not only stimulate aggressions, more or less brutal and irritating, upon the admitted rights of colored citizens, but will encourage the belief that it is possible, by means of state enactments, to defeat the beneficent purposes which the people of the United States had in view when they adopted the recent [the 13th and 14th] amendments of the Constitution.

The pernicious doctrine of separate but equal was not totally overturned until the Brown V. Board of Education school desegregation case in 1954.  But it would take more than a decade and the enactment of landmark Civil Rights legislation to finally end the dual Jim Crow system.

A largely forgotten 1946 case Morgan v. Virginia finally overturned the Plessy precedent for interstate travel, but allowed restriction to remain on transportation that remained within a state’s boundary.  It wasn’t until Brown v. the Board of Education that the whole principle of “separate but equal” was over turned.

Plessy retreated into obscurity following the case.  He sold insurance and died almost unnoticed in 1925 at the age of 61.