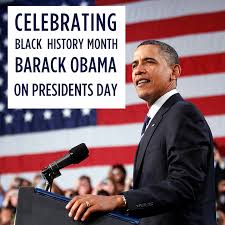 It has been painful to observe Presidents Day while the former resident of the White House defiled and besmirched the office.  Inauguration Day finally put an end to that nightmare, but not before an attempted insurrection and additional national trauma. His post term impeachment prolonged the agony and ended with a fizzle.  The new guy, Joe Biden seems decent and capable without all of the storm und drang.  It is too early to assess Biden’s place in history, but he seems to be off to a fast start systematically dismantling the worst of his predecessor’s outrages on the American people, the world, and the environment.  But this year on Presidents Day it is easy to turn to Biden’s old boss, Barack Obama during this Black History Month.

It was White backlash and dark money that propelled the former Cheeto-in-charge into office.  A barely competent egomaniac and sociopath replaced a President known for his thoughtfulness, erudition, compassion, and competence. 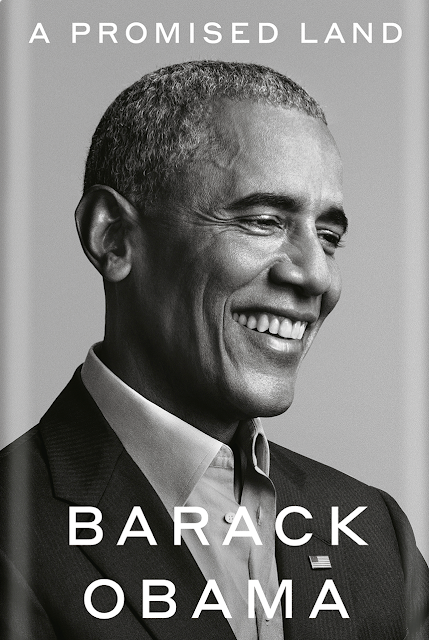 In his new Book Barack Obama reviews his first Presidential campaign and term in office.

Obama was not perfect.  I have been reading his latest best-selling memoir A Promised Land covering his first presidential campaign and first term.  He seems to recognize that his hopes for bipartisanship in reaching his policy goals were thwarted by Congressional Republicans, especially Mitch McConnell and that he spent far too long trying to deal with them.  Only late in his second term did he turn to use of executive orders and other tools to do an end run around the Senate blockade.

More disappointing was his wide-spread use of drone attacks often resulting in heavy civilian casualties in the elusive war on terror and far too many regional conflicts.  His motivation was to reduce the risks and exposure to American troops on the ground but he remained mired in neo-con aggression of George W. Bush.

Sill, looking back so many of us are nostalgic, and with good reason, for the Obama presidency.

Today we will turn the clock back to January of 2007 as Obama’s first Presidential campaign was just getting off of the ground.  This blog, Heretic, Rebel, a Thing to Flout was then on Live Journal and had a pitifully small audience.  That didn’t stop an audacious endorsement of the then Senator from Illinois.  This is what I wrote way back then…

Yesterday, January 16th, Senator Barak Obama announced he was going to run for the Democratic Party nomination for the Presidency—almost.  In the elaborate dance made necessary by custom, the arcane labyrinth of Federal election law, and the urgency of fund raising, the Senator from Illinois firmly put his right foot on the ballroom floor.

In an e-mail to supporters the Senator announced the formation of an exploratory committee, the necessary first step which allows serious fund raising.  He promises to follow up with a formal announcement of his eagerly awaited candidacy on February 10th.

The announcement came a day after another acclaimed Obama speech to the annual Dr. Martin Luther King Jr. Day celebration at the Push/Rainbow Coalition in Chicago.  With modesty, humor, and dignity Obama laid out how he rising generation stood on the shoulders of Dr. King and other civil rights pioneers and martyrs.  He extolled their achievement, but left no doubt that the fulfillment of their vision remains the challenge of the.  It was a great speech.  But then we have come to expect great speeches from this man.

Obama is unique among all of the political figures I have known or observed in my life time.  Years before he rose to national prominence following his keynote address to the 2004 Democratic National Convention, people who met the skinny young politician even for a few minutes went away muttering to themselves that they had shaken hands with a future president.  He had that kind of effect on people. 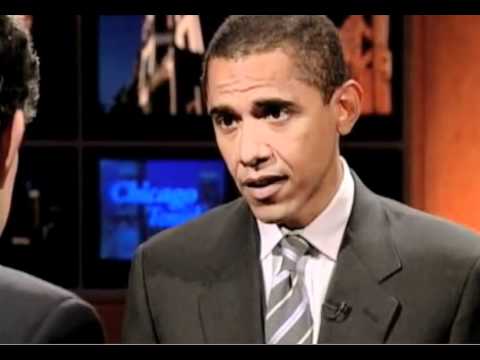 In 2003 Barack Obama was a little known Illinois State Senator when he threw his hat in a crowed ring to run fir the U.S. Senate.

I know he did on me.  In a chance encounter in the dust outside the dispersing Democrat Day Rally at the Illinois State Fair in 2003 Diane Oltman-Ayers introduced me to an acquaintance, a young state senator from Chicago.  He was known to be joining the crowded field running for the upcoming Senate nomination in 2004.  He was quite alone and with no entourage.  At the time I was the lowly vice-chair of the then puny McHenry County Democratic Party, a figure of next to zero political influence.  Yet he engaged us in conversation for about twenty minutes displaying a keen recognition of the political challenges and realities ahead of him and a close and carefully reasoned grasp of complex issues all wrapped up in a warm and witty personality.

I came away quite frankly dazzled by the experience.  But with that power of shrewd political prognostication, for which I am so well noted, was saddened that such an outstanding and in a web site posting candidate had no chance for election because of his unfortunate name.  In the primary election that followed, I signed on early in support of radio host and liberal activist Nancy Skinner’s doomed candidacy.  I recognized I had placed the wrong bet by mid-campaign.  I felt compelled to honor my original commitment to Skinner, but on Election Day was elated by Obama’s victory.

His unprecedented sweep to victory in the November election by an historic margin laid to rest any doubts.  The Convention speech came as no surprise to us in Illinois, it only served to introduce him to a larger stage.

The Freshman Senator’s rise was meteoric.  He was mentioned as a possible Presidential contender before his bags were fairly un-packed in Washington.  He was the object of sometimes idolizing press coverage.  Meanwhile he tried to keep his head down, lower expectations, and get on with the job of learning to be an effective senator.

But as the disastrous Residency of George W. Bush unraveled, Democrats from across the country turned increasingly to Obama.  As did many ordinary Americans of all races and regions, with whom he struck a responsive chord.  Talk of the Presidency could no longer be gainsaid.

Of course the higher Obama soared, he invited a chorus of skeptics.  Many painted him as a matinee idol, unproven in the Senate or in crisis, a mere cipher whose true opinions and positions remained veiled.

But those who came to know him recognized that the senator was indeed the real deal.  He has a piercing intelligence coupled with a strong work ethic.  Colleges in the State Senate and the U.S. Senate both soon came to recognize that he was thoroughly prepared on every subject and willing to work hard, including reaching across the aisle to ideological opponents, to work out practical solutions for thorny problems.

His noted oratorical skills, in an age when the political speech has largely been replaced as an art form by the 30 second sound bite, rests not only on the strength of his magnetic personality, but on the depth of capacity as a writer.  No American politician since Lincoln has been so literarily gifted.  It shows not just in his speeches, but in his two best-selling memoirs.

The right-wing posse of radio ranters, cable talking heads, and scriveners planted by important sounding think tanks, fear Obama as they fear no other Democrat.  They dream of running against the hated Hillary, but he sends shivers up their spines.  Yet they are reduced to drawing attention to his name and hinting that his father’s Islam makes him an un-trustworthy jihadist mole in American politics.  Or that a minor, but straightforward, real estate transaction with an Illinois political bag man tied to the Blagojevich administration, might tarnish his image as an honest straight shooter.  But it is futile.  In the end they have to fall back on the unspoken hope that in their heart of hearts once inside the voting booth most white voters will be unable to pull a vote for a black man as President—the Harold Ford effect. But this time, they are wrong. Which is why for the first time Heretic, Rebel, a Thing to Flout is proud to put all of its mighty influence and resources at the disposal of Senator Obama.  We want to be among the first media outlets to unreservedly endorse Obama for President of the United States.

Across the nation, Democratic operatives for other candidates especially Hillary Clinton quake in their boots as they realize the awesome implications of this endorsement. 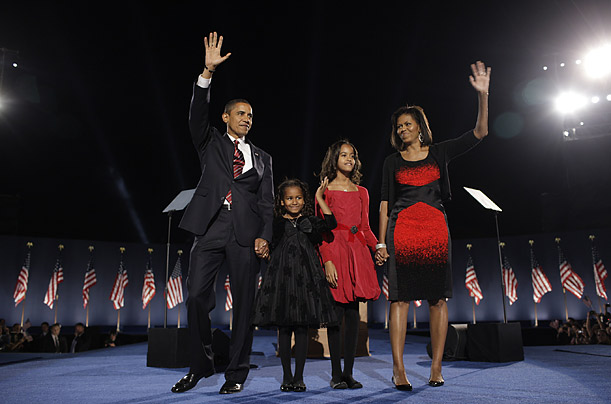 Either because or despite the Heretic, Rebel. a Thing to Flout, endorsement, things worked out for Obama.

But then again so will some of Obama’s staff people when they realize that their boy has been endorsed in a blog named Heretic, Rebel. a Thing to Flout, obviously the creation of some wild-eyed misfit somewhere.

Yet we press boldly forward and invite all of our dozens of faithful readers to join in our support of the Next President of the United States.

Posted by Patrick Murfin at 8:45 AM