Black Americans made plenty of history over the past year.  In addition to their traditional role as victims of White supremacy and ingrained racism—think George Floyd and the litany of other victims of police violence and as the targets of a seemingly endless supply of Karens berating people for simply living their lives—African Americans have also seized the moment to profoundly change society.  Most powerful is the on-going Black Lives Matter Movement that took to the streets for months to confront the daily terror that People of Color face at the hands of authority and would not back down.  Not only did that movement spread to every corner of the country, it enlisted as allies people—especially young people—of every race and ethnicity.  A Norwegian Parliamentarian has just nominated the movement for the Nobel Peace Prize. 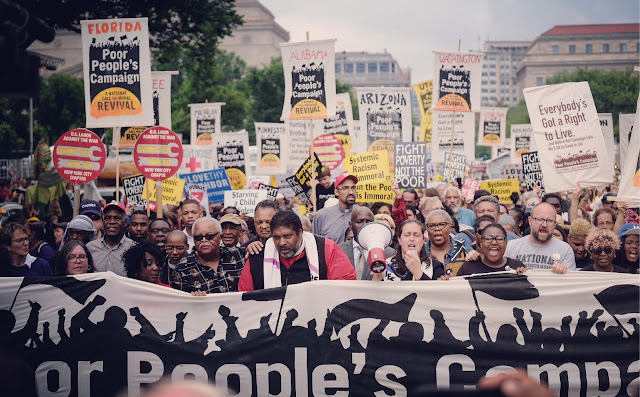 The Rev, William Barber and the new Poor People's campaign respresent a renewal of the Civil Rights movement and grass-roots organizing.

Other examples include the Rev. William Barber’s Moral Monday movement and the New Poor People’s Campaign representing a re-birth of the Civil Rights Movement.  Black folks ran for office at all levels in every part of the country and often triumphed despite desperate opposition and voter suppression.  Kamala Harris’s election as Vice President may have been the most apparent manifestation but the sophisticated and comprehensive voting rights campaign and the voter turn-out operation  by Stacey Abrams and a legion of others carried Georgia for the Biden-Harris ticket and elected two Senators in a deep red, Deep South State including Raphael Warnock the pastor of Martin Luther King’s old church and Jon Ossoff, a young Jewish film documentarian and journalist.  Together with Kamala Harris presiding in the chair they shifted control of the Senate to the Democrats.  For her achievements Abrams, too, has been nominated for the Nobel Prize. 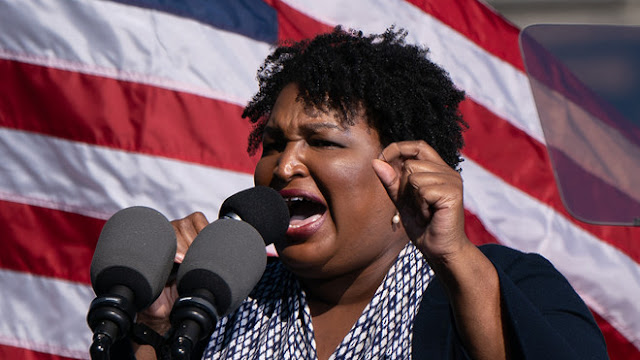 The Biden administration has nominated Blacks to top rank positions including Lloyd Austin as Secretary of Defense, Marcia Fudge as Secretary of Housing and Urban Development and others to the Cabinet Rank positions of Environmental Protection Agency Director, Ambassador to the United Nations, and Chair of the Council of Joint Economic Advisors.  In addition many Black have been or are expected to be appointed to top sub-cabinet positions and have key positions on the White House staff.

Closer to home for Illinoisans Lori Lightfoot became Mayor of Chicago last spring carrying 49 of 50 Wards.  She took office just in time to deal with the Coronavirus pandemic, Black Lives Matter Protests, and a serious crime wave.  Now she is wrestling with the militant Chicago Teacher’s Union over plans to return to in-person learning.

Meanwhile in the Illinois legislature the Black Caucus got a landmark criminal justice reform act passed in the veto session.  The measure laid down a schedule to ending cash bail, requiring police body cameras for all law enforcement agencies, new procedures for certifying officers, and not requiring signatures of police misconduct complaints.  Howls of outrage are still being heard over these reforms.  And in the new General Assembly Representative Chris Welch replaced long-time Speaker of the House Mike Madigan. 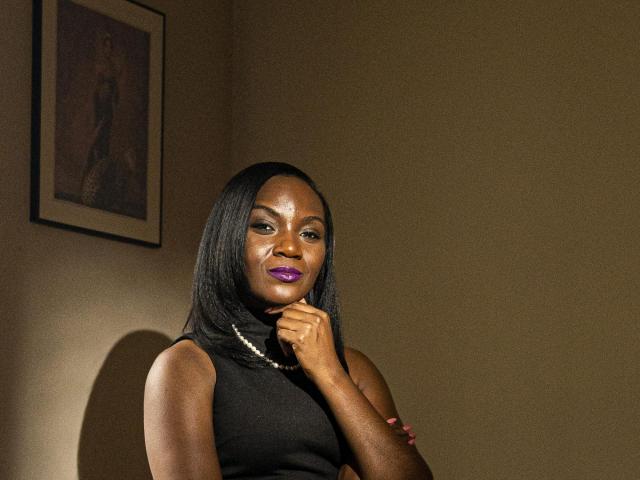 Dr. Kizzmekia Corbett helped develope the Moderna vaccine for the Coronavirus and represents advancements by Black women in medicine and science.

On the Coronavirus front, Dr. Kizzmekia Corbett led a National Institute of Health vaccine development team that developed the Moderna vaccine.  Covid-19 has disproportionately ravaged the Black community where many are employed in service occupations which cannot be done from home and which exposes them to the public and possible infections.  Many work in health care including Doctors, nurses, technicians, aide, and other staff.  Their heroic work like that of first responders and other essential personnel has come at a heavy cost.

Of course this just skims the surface of a tumultuous year.  And it does not even include notable achievements in the arts, media, sciences, religion, philanthropy, community service, and family dynamics.  Black history has been unfolding all around us.  And it always has.  For too long it was suppressed both to strip African-Americans of a sense of rootedness and self-worth and to protect White folks from feeling that they were not the only thing that counted.

That is what Black History Month was intended to address.  The roots of the annual observance stretch back to 1926 when Carter G. Woodson and the Association for the Study of Negro Life and History announced the second week of February to be Negro History Week.  Woodson, who died in 1950, spent the rest of his life promoting historical awareness in both academia and the community.  There was plenty of resistance in the first case and the revelation of an untapped hunger in the second.

In the wake of the Civil Rights Movement and especially the Black Power movement of the 1970’s Black history finally began to take hold as a recognized academic discipline and as part of the curriculum in public and private schools.  The first Black History Month was celebrated at Kent State University in Ohio.  By 1976 President Gerald Ford recognized Black History Month, during the celebration of the United States Bicentennial.

Since then Black History month has spread and now usually adopts a theme each year. This year the theme is The Black Family:  Representation, Identity, and Diversity, most apt since those families are under enormous strain.

By the early 21st Century the media and many corporations seemed to have coopted the month in an attempt to pander to the Black community and inoculate themselves against charges of institutional racism.  Ubiquitous Black History Moments on television promoted hero worship of individual “pioneers” often without any context to a broader struggle or the experience of ordinary Black people.  It has also drawn criticism for “ghettoizing” Black history and confining it to a silo without connection to American history as a whole.  Actor and director Morgan Freeman declared “I don’t want a Black history month. Black history is American history.” 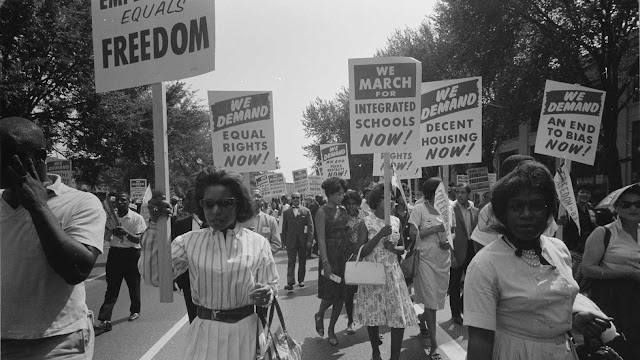 Black History Month must always keep in mind the sacrifices of participation of the many in the Civil Rights movement like these women in the 1963 March for Jobs and Justice in Washington.  They made Dr. Martin Luther King's soaring rhetoric a reality.

I’m well aware of these pitfalls as a White writer, amateur historian, and hope-to-be ally.  Yet I think there is still much to be learned if Black History can be placed in its broadest context and include the struggles and sacrifices of the many as well as iconic figures.  That’s what Heretic, Rebel, a Thing to Flout will try to do for the rest of the month.

We will be assembling a wide variety of posts from many years on this blog, updating them as necessary and adding new ones.  Feel free to respond with criticism, questions, and suggestions.

Posted by Patrick Murfin at 2:33 PM