A Watergate Working Stiff Does His Job and a President Falls 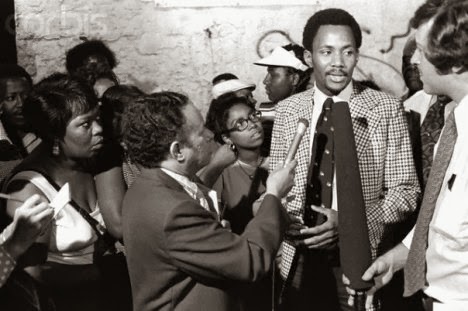 Watergate Security guard Frank Wills got 15 minutes of fame for discovering and reporting he break-in at Democratic National Committee offices.

Here’s to a working stiff just doing his job.  This one made/changed history.  In the early morning of June 17, 1972 Frank Wills, a $2 an hour rent-a-cop security guard at the Washington D.C. Watergate office building noticed that something was amiss.  While making his rounds Wills noticed tape on a door between a basement stairwell and the parking garage. He removed the tape and went on his way.

One of five men inside the building discovered that the tape, which was used to hold back the latch bolt so the door could be opened, was missing.  He replaced the tape. On his next round, around 1:55 AM, Wills saw that the tape had been replaced.  He immediately called D.C. Police who arrested five men wearing surgical gloves and in possession of electronic monitoring equipment in the offices of the Democratic National Committee (DNC).

The five were James W. McCord, a former FBI and CIA agent and a security coordinator for the Republican National Committee (RNC) and the Committee for the Re-election of the President (CREEP); Bernard L. Barker a veteran of the CIA Bay of Pigs invasion of Cuba and a Miami real estate broker; Frank A. Sturgis, a Miami associate of Barker with connections to the CIA and Cuban exile community; Eugenio R. Martinez, an employee of Baker’s real estate firm and an anti-Castro exile; and another Cuban, locksmith Virgilio R. Gonzales.

Mug shots of the Watergate burglars.


The men were charged with attempted burglary and attempted interception of telephone and other communications.  The incident merited a brief mention on network news programs that evening and short articles buried deep in the pages of most newspapers outside of Washington.

Despite the short notice of the press, the police investigation began unwinding a wider conspiracy pretty quickly. A search of the suspects’ rooms turned up thousands of dollars in cash.  A background check quickly tied McCord to Attorney General John Mitchell, Chairman of President Richard Nixon’s re-election committee.

Mitchell denied involvement and McCord was fired from his RNC and CREEP positions.  On August 1 a $25,000 check made out to CREEP was found to have been deposited in one of the burglars’ personal account.  Shortly after that another $89,000 in individual donations were found to have been moved through an account of a company controlled by Barker.

CREEP Treasurer Hugh Sloan told authorities that he was directed by Committee Deputy Director Jeb Magruder and Finance Director Maurice Stans to turn the checks over to G. Gordon Liddy, a former FBI agent, prosecutor, and White House aide who had been selected by Mitchell to run the operational end of the Plumbers Unit—a secret White House operation to control leaks, conduct intelligence operations, surveillance of political enemies, and play “dirty tricks” on opponents. 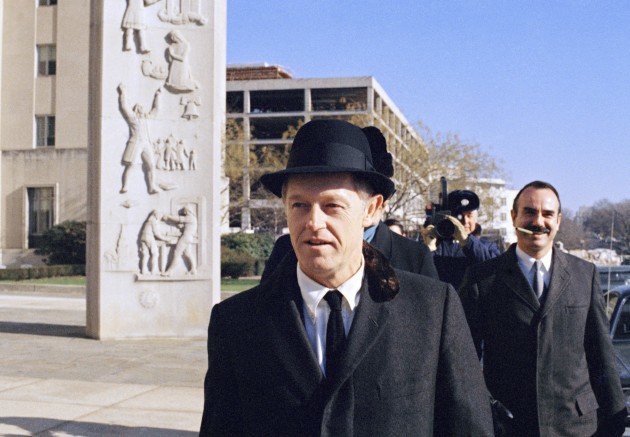 
Liddy was soon tied to H. Howard Hunt, the former author of pot-boilers and thrillers who was a high level undercover agent and “super spook” for the CIA before retiring.  Hunt had deep connections with the Cuban exile community and recruited the Cubans to Liddy’s operations.

The first black bag job of the Plumbers was the botched break-in of Daniel Ellsberg’s psychiatrist in search of dirt on the man who leaked the Pentagon Papers.

On December 8, 1972 Hunt’s wife Dorothy was among those killed in the crash of a United Air Lines jetliner near Chicago’s Midway Airport.  $10,000 in cash was found in her purse.

All were convicted on January 30, 1973 and sentenced to prison.

Meanwhile investigations by Congress and by the press slowly connected the event to a wider conspiracy that led, ultimately to Richard Nixon’s doorstep.   That Byzantine tale is too complex to summarize here, but you know how it ended—lots of suits in prison and a disgraced President waving farewell to power from the door of a helicopter. 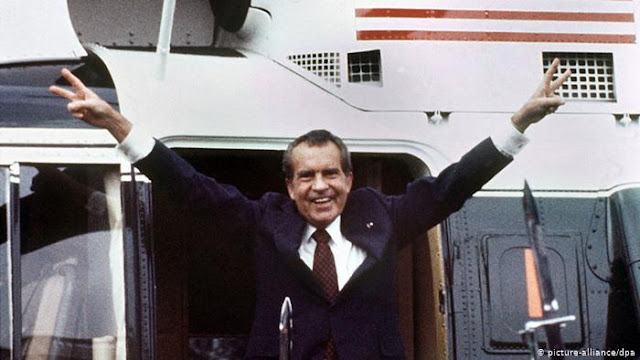 
As for Wills, he had his of 15 minutes fame.  He soon resigned from the security company unhappy that his service was not rewarded with a raise or even vacation time.  Unable to find steady work, he returned to his hometown in South Carolina to care for his ailing mother.  They lived in poverty.  In 1983 he was convicted of shoplifting a pair of sneakers and sentenced to a year in prison.

He died penniless of a brain tumor in 2000 at the age of 52.  Bob Woodward one of the investigative reporters who doggedly followed the story looked back at Wills and said. “He’s the only one in Watergate who did his job perfectly.”

Posted by Patrick Murfin at 6:34 AM