Casey at the Bat—The Epic Poem of America’s Pastime 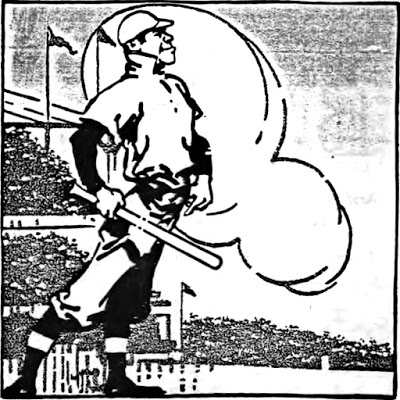 An illustration for a 1912  edition of Casey at the Bat.

On June 3, 1888 Casey at the Bat: A Ballad of the Republic Sung in the Year 1888 appeared for the first time in the San Francisco Examiner.  It was credited to Phin.  That was shortened from Phineas, a nickname of sportswriter Ernest Lawrence Thayer in his days as a Harvard student.  The poem was picked up and reprinted in papers from coast to coast.

Thayer, the son of wealthy New England textile mill family, did not lay public claim to the poem for years and only stepped forward when competing claims of authorship were being made.  Even the King of the Diamond himself, Boston’s Mike Kelley claimed authorship.  It so offended Thayer that he never acknowledged what everyone knew—that Kelly was the model of the Mighty Casey. Sportswriter Ernest  Lawrence Thayer published Casey at the Bat  under a nom de plume and didn't take public credit until 1905.


The poem really gained fame when popular stage star and baseball fan DeWolf Hopper started reciting it.  He first performed it privately for members of the Chicago Cubs and New York Giants after a game on August 14.  He would go on to recite it over 10,000 times in vaudeville houses, at banquets, and as a curtain call for his successful performances in musical plays.  He recorded it in 1906 and made an early Lee DeForest Phono Film sound-on-film process short in 1922 that was finally exhibited in theaters in 1926. 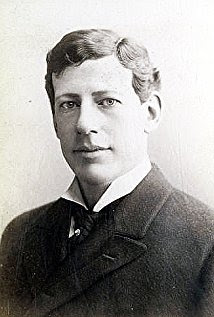 Casey at the Bat was publicly recited by comic actor DeWolfe Hopper.  He also made an early recording and a 1922 Lee Deforest sound film short.


Thayer finally claimed authorship of the poem when he read it—very badly it is reported—at his Harvard class reunion in1905.

Innumerable editions of the poem have been published, most lavishly illustrated, especially since it lapsed into public domain.  In addition to DeWolf recordings go back to a Columbia Gramophone cylinder by Irish dialect comedian Russell Hunting in 1898.  More recently came Hall of Fame catcher Johnny Bench and the Cincinnati Symphony Orchestra in 1973, Pitcher Tug McGraw with Peter Nero and the Philly Pops in 1980, and James Earl Jones with the Cincinnati Pops Orchestra in 1998. 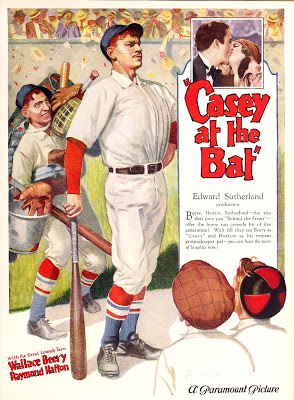 Wallace Beery, Ford Sterling, and ZaSu Pitts starred in a 1927 silent movie feature.  The poem got a big pop culture boost when Jerry Colonna narrated a version as a part of Walt Disney’s anthology film, Make Mine Music.  It was released as a stand-alone cartoon short in 1954 and was frequently shown on the Disneyland and Wonderful World of Color TV shows. 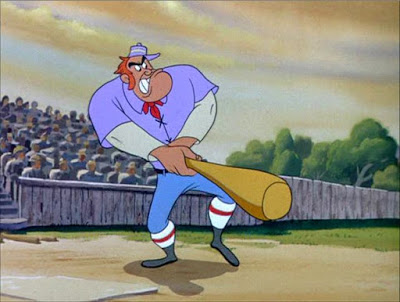 Walt Disney's animated version narrated by Jerry Colonna has enthralled generations of children since it was first shown in 1953.

“There is no joy in Mudville,” has become a catchphrase use in many ways to denote ironic disappointment.

The poem still strikes a chord with the public.  Possibly because it was obviously not set in a big league ballpark.  Mudville stood in for every small town that fielded a team in the baseball obsessed Gilded Age. 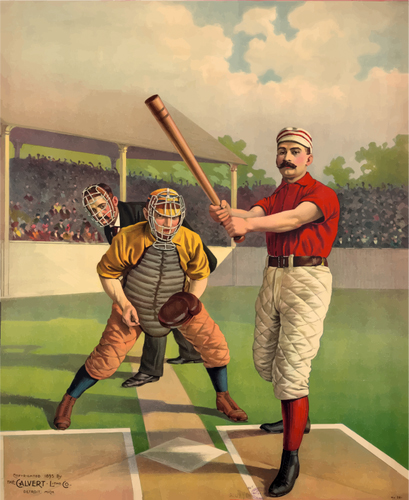 Casey at the Bat: A Ballad of the Republic Sung in the Year 1888

The outlook wasn’t brilliant for the Mudville nine that day;
The score stood four to two with but one inning more to play.
And then when Cooney died at first, and Barrows did the same,
A sickly silence fell upon the patrons of the game.

A straggling few got up to go in deep despair. The rest
Clung to that hope which springs eternal in the human breast;
They thought if only Casey could but get a whack at that–
We'd put up even money now with Casey at the bat.

But Flynn preceded Casey, as did also Jimmy Blake,
And the former was a lulu and the latter was a cake;
So upon that stricken multitude grim melancholy sat,
For there seemed but little chance of Casey’s getting to the bat.

But Flynn let drive a single, to the wonderment of all,
And Blake, the much despis-ed, tore the cover off the ball;
And when the dust had lifted, and the men saw what had occurred,
There was Johnnie safe at second and Flynn a-hugging third.

Then from 5,000 throats and more there rose a lusty yell;
It rumbled through the valley, it rattled in the dell;
It knocked upon the mountain and recoiled upon the flat,
For Casey, mighty Casey, was advancing to the bat.

There was ease in Casey’s manner as he stepped into his place;
There was pride in Casey’s bearing and a smile on Casey’s face.
And when, responding to the cheers, he lightly doffed his hat,
No stranger in the crowd could doubt ‘twas Casey at the bat.

Ten thousand eyes were on him as he rubbed his hands with dirt;
Five thousand tongues applauded when he wiped them on his shirt.
Then while the writhing pitcher ground the ball into his hip,
Defiance flashed in Casey’s eye, a sneer curled Casey’s lip.

And now the leather-covered sphere came hurtling through the air,
And Casey stood a-watching it in haughty grandeur there.
Close by the sturdy batsman the ball unheeded sped–
“That ain’t my style,” said Casey. “Strike one,” the umpire said.

From the benches, black with people, there went up a muffled roar,
Like the beating of the storm-waves on a stern and distant shore.
“Kill him! Kill the umpire!” shouted some one on the stand;
And it’s likely they’d have killed him had not Casey raised his hand.

With a smile of Christian charity great Casey’s visage shone;
He stilled the rising tumult; he bade the game go on;
He signaled to the pitcher, and once more the sphereoid flew;
But Casey still ignored it, and the umpire said, “Strike two.”

“Fraud!” cried the maddened thousands, and echo answered fraud;
But one scornful look from Casey and the audience was awed.
They saw his face grow stern and cold, they saw his muscles strain,
And they knew that Casey wouldn’t let that ball go by again.

The sneer is gone from Casey's lip, his teeth are clenched in hate;
He pounds with cruel violence his bat upon the plate.
And now the pitcher holds the ball, and now he lets it go,
And now the air is shattered by the force of Casey’s blow.

Oh, somewhere in this favored land the sun is shining bright;
The band is playing somewhere, and somewhere hearts are light,
And somewhere men are laughing, and somewhere children shout;
But there is no joy in Mudville—mighty Casey has struck out.

Posted by Patrick Murfin at 5:35 AM