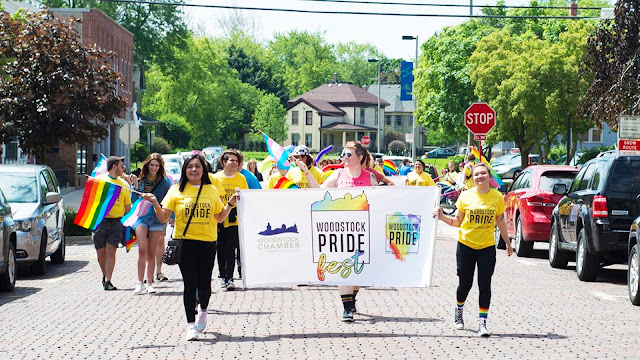 In 2019 Pride Parade marchers on Dean Street nearing Woodstock Square.  After a year lost to close confinement, Woodstock Pride Fest is back and Tree of Life UU Congregation will be proud to participate.

Note—Here is the text the brochure the Tree of Life Social Justice Team made for Woodstock Pride Fest today.  Check us out in the non-profit tent on the Square from 11am to 5 pm!

The Tree of Life Unitarian Universalist Congregation in McHenry began its hand-in-hand journey with the local LBGTQ community almost than 30 years ago when it was known as the Congregational Unitarian Church (CUC) in Woodstock.

It began under the leadership of the Rev. Dan Larsen and the Social Justice Committee to conduct a public information campaign to counter AIDS hysteria that was running rampant.  We promoted the Red Ribbon campaign in the county and co-sponsored the first display of AIDS Quilt panels at McHenry County College.

The church building became a sort of sanctuary—the only safe place in the county for the Gay community and supporters to gather.  The informal organization that became McHenry County Pride and PFLAG held their meetings there and will continue to meet in our new home in McHenry when our building reopens from pandemic restrictions.

The Congregational Unitarian Church was recognized as a UUA Welcoming Congregation in 2004 after two years of diligent congregational education and work.  We have maintained that certification ever since.

The Diversity Day Festival, founded and led by the CUC, provided perhaps the first public forum in the County to welcome full participation by the LBGTQ community and feature representatives on the program during its run from 2002 through 2013.

We became public advocates for the Civil Union legislation in Illinois that became law in 2011 which gave couples some of the legal protection of marriage.  Meanwhile the church performed union services and stipulated that we considered them marriages.  When the Congregation moved to McHenry we became leaders in the campaign for full Marriage Equality.  In cooperation with PFLAG and others we conducted widely publicized roadside vigils in several towns and participated in a mass march in Springfield. 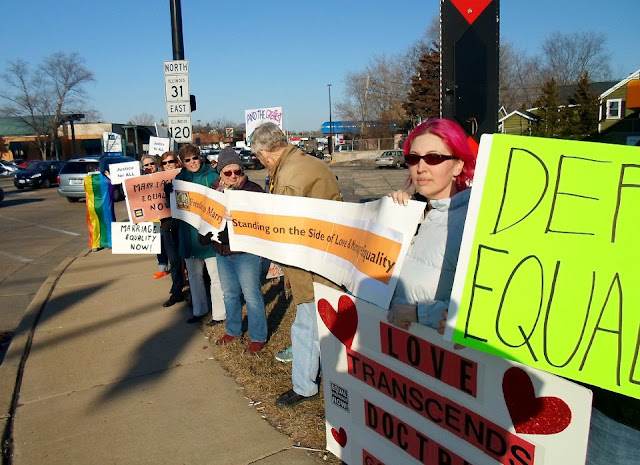 The effectiveness of that campaign was shown when the legislation passed the House of Representatives by one vote—Democratic Representative Jack Franks who had remained uncommitted until the last moment and was thought by many to be leaning against.  The legislation was signed by Governor Pat Quinn on November 20, 2013 and became law January 1, 2014. 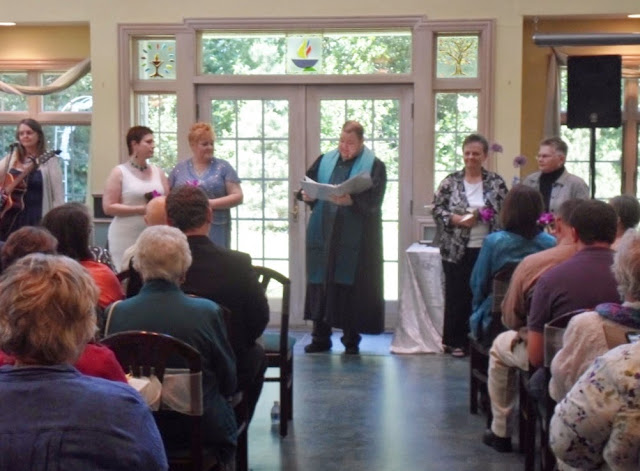 Tree of Life celebrated by conducting a public joint wedding of four lesbian couples weeks after the law went into effect—among the first in the County. The service was conducted by the Reverend Sean Parker Dennison, a transgender minister who served the congregation from 2012-16. 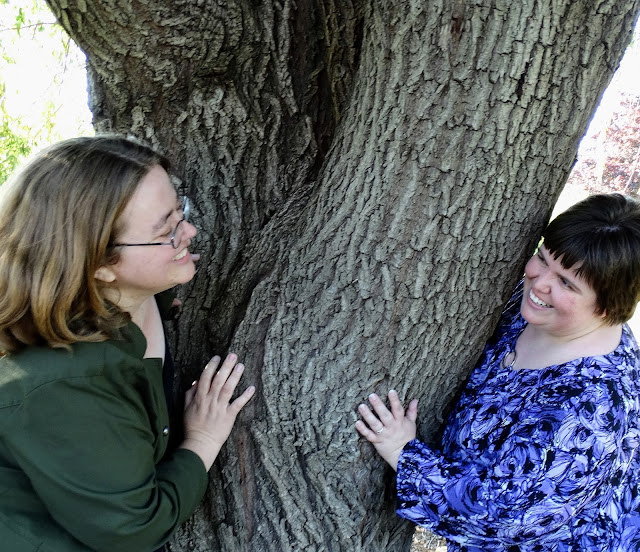 The Rev. Jennifer Gracen (left) with her wife Virginia.

Today Tree of Life is conducting services via Zoom but is still as open and welcoming as ever.  The Rev. Jenn Gracen is our interim minister and lives in Crystal Lake with her wife and infant daughter. 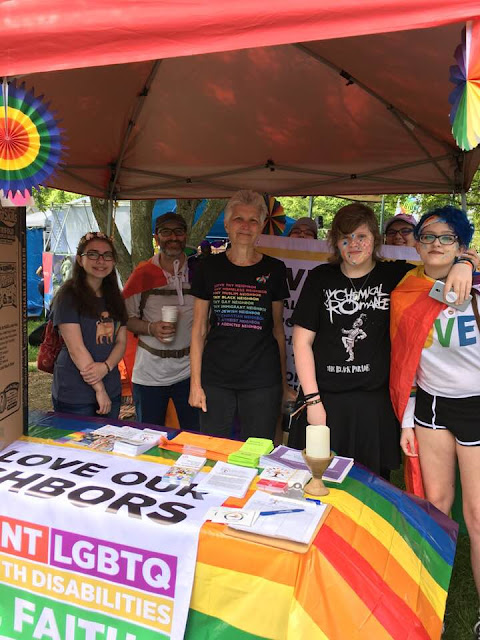 Hanging out at the 2019 Tree of Life booth at Woodstock Pride Fest..


And that’s why Tree of Life is proud to be part of Woodstock Pride Fest.