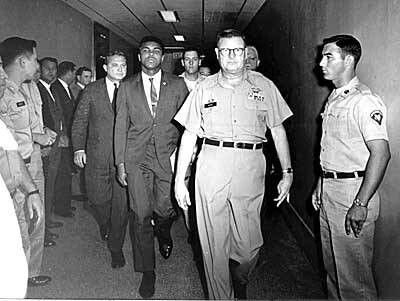 Muhammad Ali under arrest after refusing to step forward for induction into the Army in 1967.

Note—This was originally posted after the death of The Champ five years ago.

On April 28, 1967 the Boxing Heavy Weight Champion of the World, Muhammad Ali, three times refused a direct order to step forward and accept induction into the Armed Forces at an Induction Center in Houston, Texas.  He was arrested and charged with Draft evasion, a Federal crime punishable by five years in prison and a $10,000 fine.  Within hours the New York State Boxing Commission suspended his license to fight and stripped him of his title.  Other boxing commissions rapidly fell into line.

In just a few short years The Champ had fallen from being Cassius Clay, a national hero as an Olympic Gold Medal winner and the pretty boy poet who electrified the boxing world with his speed and power to a reviled pariah.  His slide, at least in the eyes of many White fans, began when Malcolm X recruited Clay into the controversial Nation of Islam. 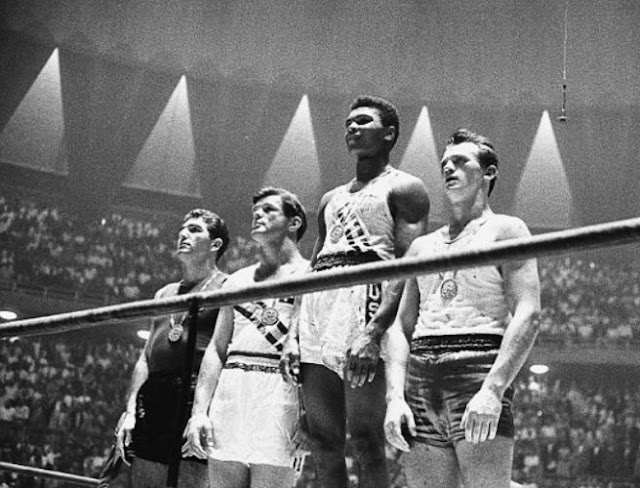 As a 1960 Olympic Gold Medalist, young Cassius Clay of Kentucky was an over-night American Hero.


The announcement was made just after the fighter became the youngest man ever to take the Belt away from a reigning champion.  He beat the powerful Sonny Liston in one of the most watched fights in history in Miami on February 25, 1964.  Within days Elijah Muhammad, leader of the Nation of Islam, gave him the name Muhammad Ali.  Ali had to struggle to get the press, public, and opponents to accept both his new religion and new name.

Over the next three years he repeatedly defended his title, including a rematch with Liston, and a defeat of former champ Floyd Patterson.  But many of the fights were against lightly regarded white hopes across North America and Europe.  Ali dominated them all and continued to entertain with his poetry and boasting of being The Greatest.

He also became a public face of the Nation of Islam and a huge recruitment lure for them in the Black community.  He spoke out more frequently on race relations and endorsed the militant Black separatism espoused by Malcolm X.

He finally had a truly tough opponent to face when he went against Ernie Terrell on February 6, 1967 at the Astro Dome in Houston.  Terrell had taunted Ali in the press and at the weigh in refusing to call him by his new name.  Enraged, Ali pounded him for 15 rounds taunting him with “What’s my name, Uncle Tom…What’s my name.”  Many observers believed that Ali could have knocked Terrell out early in the fight but carried him just to do more damage.  White fans were even more outraged by Ali than ever.

About this time the Selective Service System began reviewing the Champ’s draft status.  Although they always denied that the review was anything but routine, almost no one believed them after Ali began to make public statements against the Vietnam War.

In 1964 the young Clay had been called up but rejected for failing the Armed Forces qualifying test because of poor reading and writing scores.  By 1967, with the need for large numbers of fresh draftees for Vietnam, the standards for those tests were significantly lowered and Ali was declared eligible for the draft.

When he was called up again, he refused to step forward on two grounds.  The first was that he was called as Cassius Clay and he no longer would answer to his slave name.  The second was on the religious grounds that he could not fight in any war that was not declared holy and just by Elijah Muhammad.  He based what he considered a good faith claim of conscientious objection on this belief.

Publicly, he also questioned the Vietnam War itself.  “No Viet Cong ever called me Nigger,” he famously told an interviewer.  The press was almost unanimous in mocking the notion that a professional fighter could be a C.O.

On June 27, 1968, a jury convicted him after deliberating only 28 minutes.  He immediately appealed and the case slowly wended through the courts.  A Court of Appeals upheld the verdict and the case was sent to the Supreme Court. 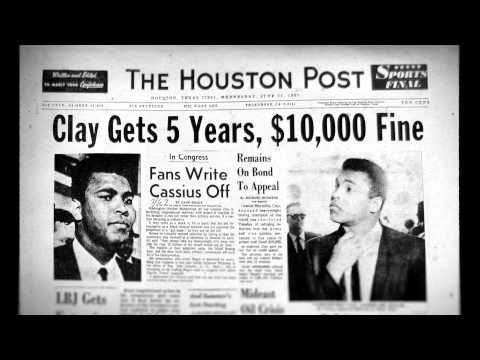 There was open gloating in the press--along with a flat refusal to use his chosen name--when Ali was convicted,


While awaiting a decision on his appeal, Ali boxed in Europe and spoke frequently on college campuses.  The war dragged on and became more unpopular with broader and broader segments of society.  Public support began to shift somewhat to Ali.  He was finally allowed to fight in Georgia in October 1970 crushing Jerry Quarry in three rounds.  Shortly after the fight the New York Supreme Court ruled that Ali had been unjustly stripped of his license by the Boxing Commission.

He was able to fight again in Madison Square Garden in December beating top contender Oscar Bonavena in a tough fight.  That set up a bout against undefeated and undisputed Heavy Weight Champion Joe Frazier at the Garden the following March.  The much hyped Fight of the Century ended with a unanimous decision for Frazier after an epic 15 round battle. 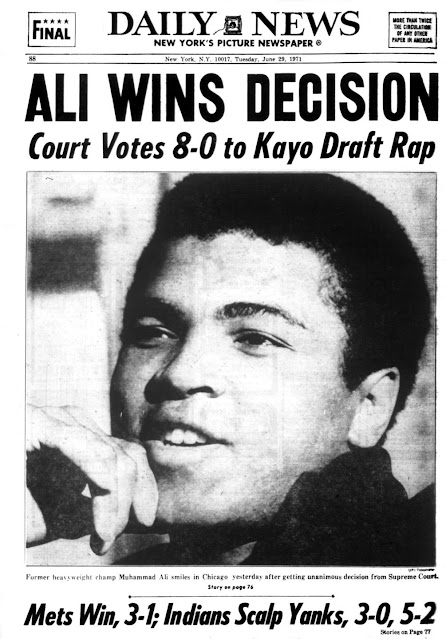 At least some of the press sang a different song when Ali's conviction was overturned by the Supreme Court.


Ali got better news when the Supreme Court finally heard his appeal.  On June 28 the Court unanimously overturned Ali’s conviction without ruling on the substance of his Conscience Objection claim.  The court ruled procedurally that the indictment failed to say which of Ali’s claims of exemption were rejected and for what reason.

With the war winding down and unpopular, the Government declined to re-try the case.  Muhammad Ali was free.

He returned to his quest to regain the Championship.  Ken Norton handed him his second defeat and was then beaten by Ali in a re-match.  A re-match with Frazier, by this time himself dethroned by George Forman, resulted in a unanimous decision for Ali setting up a title match with Forman. 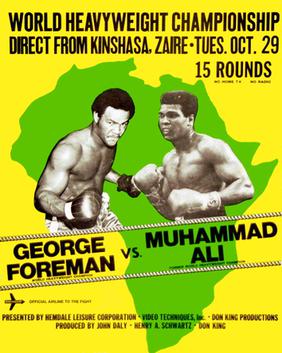 
The Rumble in the Jungle resulted in Ali reclaiming the title in a match in Zaire which claimed an unprecedented world wide audience.  Ali went on to numerous title defenses against opponents worthy and not. He beat Forman again in Thrila in Manila, Norton twice more, and up and comers Alfredo Evangelista and Ernie Shavers before youthful Olympic Champion Leon Spinks finally beat him in February 1978.

The following September he won the WBA half of the now divided championship back for a record third time by beating Spinks in a rematch.  Afterwards, he retired undefeated.

He came out of retirement to try and win the Championship for the fourth time from Larry Homes, but Homes hammered him and he was unable to come out for the 11th round.  After one more fight and loss he permanently retired in 1981 with a lifetime professional record of 61 fights, 57 victories, 37 wins by knock out and only five losses.

In the years since his retirement the controversy over his draft resistance subsided as Ali’s stature grew and the public affection for him has deepened.

Abandoning the Nation of Islam and its separatism in 1975 in favor of mainstream orthodox Sunni Islam helped ease his acceptance.  So did his many acts of charity and community service.

But it was his grace and courage in coping with increasing disability due to Parkinson’s disease, probably the result of repeated head trauma as a boxer that endeared him to many.

Ali received many awards and accolades.  He was called the most famous man in the world, the greatest athlete of the 20th Century, and the greatest boxer of all time.  He was awarded the Presidential Medal of Freedom and numerous international awards. 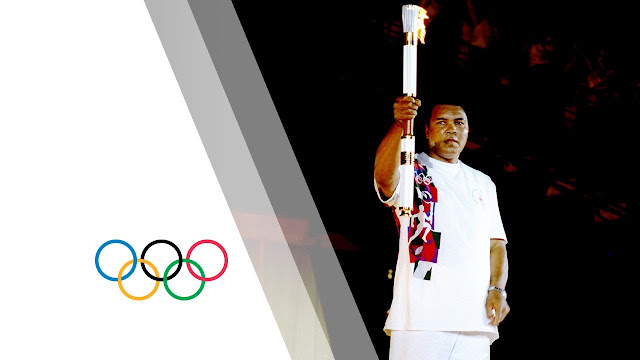 Lighting the Torch at the 1995 Atlanta Games despite shaking with Parkinson's was the emotion highlight of the Games.


The pinnacle of his public acceptance and a moment of high emotion was when he was chosen to light the Olympic Torch at the 1996 Atlanta Games.

But perhaps no honor spoke more loudly about how his draft resistance had not only been forgiven, but put in an appreciative context was when he was selected by the state of California Bicentennial Commission for the U.S. Constitution to “personify the vitality of the U.S. Constitution and Bill of Rights” public events throughout 1988 starting with the Tournament of Roses Parade.

Ali had a turbulent personal life.  He was married four times, unions which produced six natural children including his youngest daughter, Laila Ali the retired women’s World Super Middleweight champion.  He also had and supported two other daughters out of wed lock.  On November 19, 1986, Ali married Yolanda “Lonnie” Williams, a friend since his youthful days in Louisville.   Together they adopted one son, Asaad Amin.

Lonnie was his inseparable companion, and increasingly Ali’s voice as Parkinson’s first garbled his speech and finally left him publicly mute.  Their relationship has alienated him from some of his oldest children, particularly the four from his second marriage to Khalilah Ali. 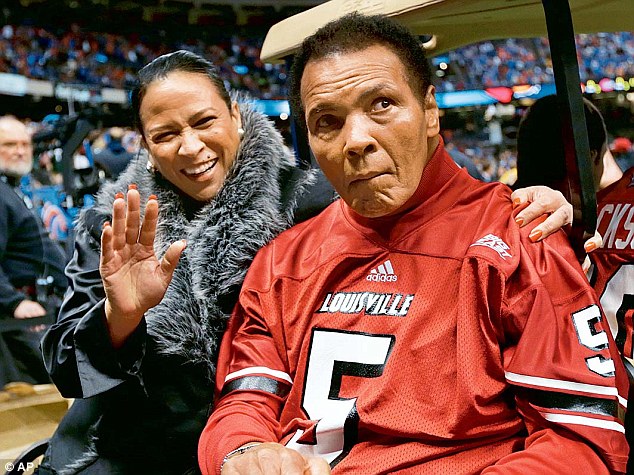 Ali and his wife Lonnie as he was honored in his hometown of Louisville.


With Lonnie at his side and increasingly frail Ali continued to make public appearances in support of favored charities and causes and seemed to enjoy them along with the accolades and attention at awards ceremonies and testimonials.  Until his last couple of years he would still mug a boxing pose for photographers.

Ali’s story was often told, including his own book, The Greatest My Own Story co-written by Richard Durham and edited by Toni Morrison originally released in 1975.  There have been several other biographies, some hagiography and some blatant racist smears. Aspects of his life and career were captured in numerous documentaries.  But in 2001 Will Smith was nominated for an Academy Award for the bio pic. The film sensitively examined his whole life, not just a parade of ring movements. 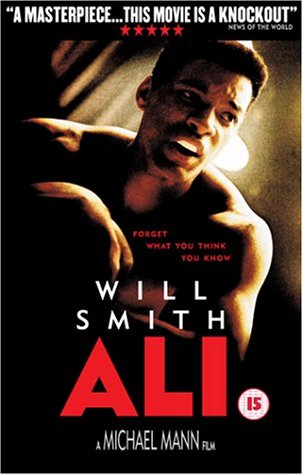 Will Smith was nominated for an Oscar for portraying Ali.

But his health was rapidly declining and the public appearances became rarer. Despite the limitations, he still spoke out through his wife.  In he released a statement on Donald Trump’s proposal to ban Muslims from entering the United States. “We as Muslims have to stand up to those who use Islam to advance their own personal agenda.”

Ali barely survived a crisis in 2013 and was hospitalized repeatedly afterwards.  In 2016 he was admitted to a Phoenix, Arizona hospital where he died on June 3.
Posted by Patrick Murfin at 2:00 AM