Black Universalist Joseph Jordan Pioneered in the Ministry and Denomination 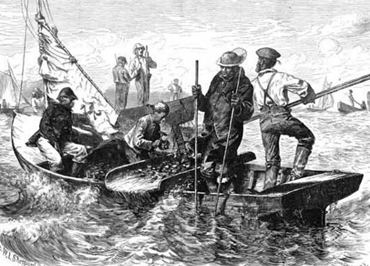 Although no authentic image of Joseph Jordan is known to exist, he began his climb to success as a teen-age Black oysterman like these men.  He successively worked in Confederate war industry, as a grocer, a house carpenter, and a builder/developer before retiring comfortably enough to dedicate his life to preaching.

You would think that the Universalists, religious folk so radically inclusive that their Heaven excluded no souls, would welcome Black worshipers with open arms.  And some did, especially in the North.  But the denomination which was governed mostly by state and local conventions often reflected local racial attitudes and customs.  Many Southern Universalists might have been willing to share eternity with Blacks, probably assuming they would dwell on different clouds, but were not willing to share a pew—or if it had come up the Convention floor—with segregated Black churches.

That was the reality that Joseph Jordan—pronounced “Jerdan”—faced when he became the first African-American ordained by a Universalist Convention.  Jordan died on June 4, 1901 in Norfolk, Virginia at the age of 59.  This is the story of his journey and the faith to which he devoted his life.

Jordan was born in June of 1842, one of seven children of a Free Black couple in West Norfolk on the Elizabeth River.  He was literate, probably instructed at home by his parents or perhaps in informal church school.  He entered the local trade of oysterman in his early teens and worked the shoals until he was 21 and moved to Norfolk.  That would have been in 1863, in the midst of the Civil War and with so many White Virginians at war, there were opportunities for free blacks in one of the state’s most industrial cities.

As he established himself, Jordon started a family.  He married Indianna Brown, a free born woman.  The couple would have three children, only one of whom, Thaddeus—likely named for the fire-breathing Radical Republican Representative Thaddeus Stevens of Pennsylvania—lived to adulthood.

Starting out as a common laborer, Jordan rose in the world.  He operated a grocery store and then became a house carpenter.  From those earnings he saved enough money to become what we might call today a builder/developer—erecting several houses in the Norfolk suburb of Huntersville.  Rental income from those homes allowed him to retire from physical labor.  He was now a successful and admired man in his community, a member of an educated and propertied elite.  But he yearned to turn his attention to a longtime passion—religion. 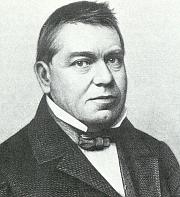 The discovery of the work of Universalist minister and theologian Thomas Whittemore, leader of the Restorationists, led Jordan to his new faith.

Always deeply religious, Jordan was ordained to the Baptist ministry in 1880.  He established himself in a successful storefront ministry preaching the Gospel of liberation popular in the Black community.  But he was harboring some doubts about the orthodoxy he was preaching.  A sympathetic Methodist minister gave him a copy of Thomas Whittemore’s 1840 classic The Plain Guide to Universalism.  Jordan was thunder struck.

Whittemore had been an up-from-the-streets Boston tough who rose to become a disciple of Hosea Ballou, the foundational figure of 19th Century Universalism.  He went on to be an influential minister, thinker, and writer who eventually questioned Ballou’s death and glory Universalism and became the leader of the Restorationists who held that a loving God would restore all souls to his grace and admit them to heaven, after the worst of them spent some time in a form of punishment to cleans them from their sins.  The book that fell into Jordon’s hands was one of the most important theological expressions of this view as well as a popular polemic that was still influencing readers more than 40 years after its publication.

Jordan studied what he could from the prolific Universalist press and tracts of the period.  When he could no longer preach the traditional Baptist Gospel, he returned to construction work and thought about his options.  There was no Universalist congregation in Norfolk or surrounding towns.  But there was a vital Universalist center in Philadelphia—one of the oldest hubs of the faith in North America.

In 1886 Jordan journeyed to the Pennsylvania city where he presented himself to the Rev. Edwin C. Sweetser of the Universalist Church of the Messiah.  It was a fortunate choice.  The Philadelphia church had historic sympathy for Blacks.  It was responsible for the first American resolution by a church body, the Universalist Convention, calling for the abolition of slavery back in 1792 and some members of the large free Black community in Philadelphia had worshiped there.  Moreover, Sweetser was a willing teacher and mentor.  Jordan studied under the minister for seven months not only deepening his newfound faith but mastering its theology.

Jordan returned to Norfolk with armloads of books and a determination to preach the word of Universal Salvation.  He rented a large room at 42 Lincoln Street and converted it to a chapel building the pulpit with his own hands.  As a well-known and respected community leader he was able to gather a small congregation.

His efforts drew the scorn and condemnation of his former Baptist colleges and other orthodox ministers who echoed the usual charge that without the threat of Hell, men, marked by original sin would sink into depravity, sin, and degradation.  Moreover, the promise of universal salvation meant that the oppressors of the Black race, those who had held them in slavery and who were creating the new Jim Crow South, would also reside ultimately in Heaven.  The Black Church had long offered the solace that as a People they would “cross over Jordan” leaving slavery and degradation behind and being rewarded with eternal life in the arms of the Lord while their evil oppressors would be struck down and condemned to eternal damnation.  It was a comforting thought, but one that made Jordan’s task more difficult.

Despite these difficulties, Jordan’s little congregation thrived.  The congregation formally organized itself as a Universalist Mission in June of 1887.

He was soon approached about adding a school to the church’s services.  Freedmen schools of Reconstruction which had been staffed by idealistic mostly Northern teachers, many of the Quakers, Unitarians, and Universalists were long gone.  And in the re-segregated South of emerging Jim Crow, public schools for Blacks were pitifully funded with few books, woefully underpaid teachers, and students crammed into tiny, overcrowded facilities.  Blacks often turned to private academies sponsored by local churches. Classes were operating at the capacity of the rented Chapel by the next fall.

The Seal of the Universalist General Convention which ordained Jordan.

Jordan’s next step was to apply to be officially recognized as a Universalist preacher.  With Sweetser’s endorsement the Universalist General Convention granted him a one year license to preach in June of 1888.  This was the first step in the process of ordination.

The following year a Universalist Ordaining Council of three ministers including Sweetser and four lay persons met with Jordan in the Church of the Messiah to examine his fitness for the Universalist ministry. The council found him to have a “clear and bright mind” and to be “free alike from pretension and from abjectness.”  Most importantly “He believes in us, and knows why.”  The Council endorsed his candidacy as “exceedingly satisfactory.” The next day, March 31, 1880, Jordan was ordained as a Universalist minister at a ceremony in the Church of the Messiah. He was the first fully and properly ordained Black minister of the Universalist General Convention.

His mission church was reorganized as the First Universalist Church of Norfolk and admitted to the Convention, which agreed to subsidize its operations and Jordan’s efforts to further spread Universalism in the upper South.

All of this frenzied activity to get his church and school set up and operating and regularizing his personal and professional ties to the wider Universalist movement put a strain on his marriage.  His wife Indianna left him taking their son Thaddeus with her.  The couple was divorced in 1890.

Soon the Church outgrew its rented room.  The Congregation was unable to raise the money to buy property and build a building on its own so Jordan personally appealed to the General Convention meeting in Washington D.C. in 1893.   $2,758 was raised for this purpose enough to build a church and provide for some of its furnishings.  Johnson himself built the new church on Princess Anne Avenue in the heart of the Black community which opened in November 1894. 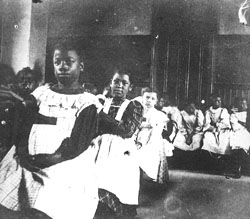 Students at Joseph Jordan's school at the turn of the 20th Century.

The new building included a more spacious sanctuary and classrooms.  It even attracted a handful of local White Universalists who had no church of their own in which to worship—a then rare breach of rigid segregation in Sunday worship.  Jordan shared instructional duties at the school now with two additional teachers.

That led to romance.  In 1896 Jordan married one of his teachers, Mary Elizabeth Clark who was about half his age.  The couple had one child, Richard Sweetser Jordan.

His happiness was not to last long.  He worked long and hard to make his congregation and school thrive.  He was able to achieve part of his dream of spreading Universalism when he founded a Suffolk Mission as a daughter of his Norfolk congregation. Perhaps over work contributed to his death in 1901.  He was widely mourned in the Norfolk black community—even former foes and critics among the city’s other clergy turning out for his funeral in recognition of his good work.

Although Jordan’s cause of death was not listed, both his wife and his son died of tuberculosis within two years, making it likely that the scourge also contributed to his death.  With his family gone his estate went to the General Convention which used the proceeds to subsidize the growing Suffolk church. 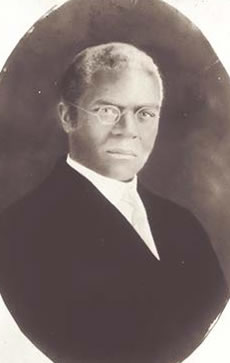 Rev. Joseph Fletcher Jordan, no relation to Joseph Jordan, was the third ordained Black Universalist Minister and kept the Suffolk daughter church of the Norfolk congregation founded by the elder Jordan open.

Unfortunately, without Jordan’s personal leadership his Norfolk congregation began to unravel.  The church was closed in 1906 and the building became a billiard parlor.  The Suffolk church, however continued to thrive, especially after the arrival of Joseph Fletcher Jordan, the Universalist’s third African American minister in 1904.  Despite the similarity of name, the two Jordans were not related.  The Suffolk church and its day school continued service until the congregation dissolved in1984.