Father’s Day is Nigh 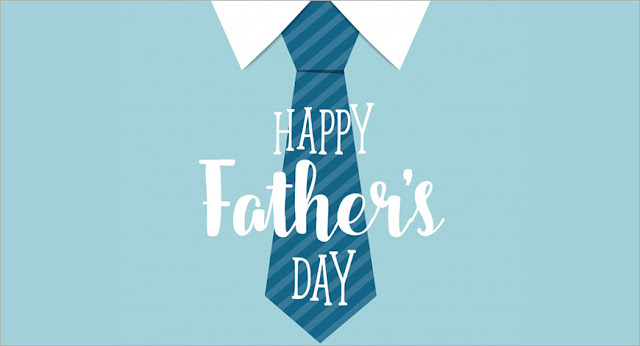 Although today most Dad's eschew neck ties, they remain an iconic symbol of the day.

Note—Tomorrow is Father’s Day in the U.S.  But this year it is also Juneteenth to which we will be giving attention.  So here is our holiday post on the eve.

I may have mentioned before that Father’s Day is the redheaded stepchild of holidays.  It gets less respect than Rodney Dangerfield and is widely perceived for what it is—a tiny participation trophy to the gold plated loving cup that is Mothers’ Day.  And that’s alright with most Dads who would rather just sleep in, thank you, and pass of the fuss.

Once neckties were the gift of choice, but since few Dads regularly use them anymore, sales have concentrated on novelty coffee mugs, t-shirts, and caps, all cheaper than a dozen roses or two pounds of gourmet chocolates for mom.  If the family insists on dragging the Old Man out to dinner, a chain bar and grill with plenty of meat, cheap margaritas, and waitresses in tight t-shirts will do just fine.

It’s a good Hallmark holiday.  But if you peruse the selection in the supermarket you would swear that all Dads want to do is go golfing or fishing, tool around in a vintage car, or drink beer.  There are also plenty of pipes despite the fact that fewer men use them than ever.  Never mind, Pop won’t care as long as it’s signed, no mushy sentiment required.

Just how Father’s Day is clearly the afterthought to Mothers’ Day is revealed by the history of the celebration.  By the way, note the apostrophe is placed as a singular instead of the plural in Mothers’ Day.  That wasn’t entirely accidental either though it shows a certain grammar sloppiness that Mom would never tolerate. 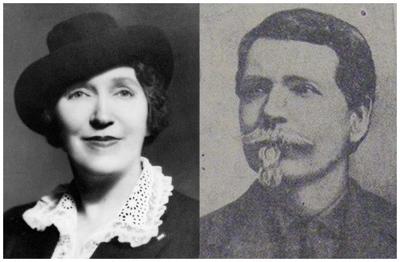 Father’s Day was first observed in Spokane, Washington at the YMCA on June 19, 1910.  It was the brainchild of Sonora Smart Dodd, who was born in Arkansas in 1882 the daughter of Confederate Civil War veteran William Jackson Smart.  He was a widower and a single parent who raised his six children there.

Sonora was married to a funeral home owner and was a young mother living in Spokane in 1909 when she heard Mothers’ Day founder Anna Jarvis speak at the city’s Central Methodist Episcopal Church She told her pastor that fathers should have a similar holiday honoring them. She initially suggested June 5, her father’s birthday for the occasion the following year, the minister felt that more time between the two parental celebrations was better and selected third Sunday of June instead. 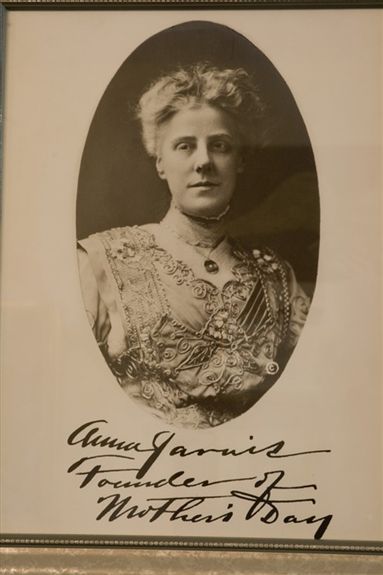 Although she could not have cared less Mothers' Day Founder Anna Jarvis indirectly inspired Father's Day.

Dodd’s celebration drew national attention, although many newspapers mocked it as a Johnny-come-lately imitation of Mothers’ Day.  A bill for national recognition of the celebration was introduced in Congress in 1913 but died on the vine. In 1916, President Woodrow Wilson went to Spokane to speak in a Father’s Day celebration and wanted to make it official, but Congress resisted, fearing that it would become commercialized.  Calvin Coolidge recommended in 1924 that the day be observed by the nation but stopped short of issuing a national proclamation.

Dodd did not give the unwavering attention to promoting her brainchild like Jarvis.  In the post-World War I years with her marriage deteriorating Dodd left Spokane to study at the Art Institute of Chicago and dabbling in painting and writing poetry.  She even worked for a while as costume designer in Hollywood.  Over the rest of the 1920s attention to the celebration waned nationally and even in its hometown Spokane.

In the 1930s Dodd returned to Spokane and started promoting the celebration again, raising awareness at a national level.  Unlike Jarvis who waged an unrelenting war on the commercialization of Mothers’ Day, Dodd turned to trade groups that would benefit most from the holiday—the manufacturers of and retailors of ties and men’s wear, tobacco pipes, and any traditional present to fathers.  Beginning in 1938 she had the full support and aid of the Father’s Day Council, founded by the New York Associated Men’s Wear Retailers to consolidate and systematize the commercial promotion. 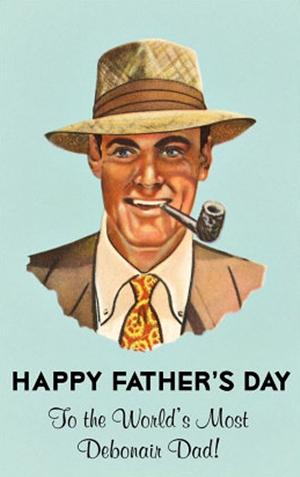 Tobacco products and especially pipes were so heavily promoted as gifts that they became emblematic of the commercial holiday.  1950s ads showing children and wives showering Dad with cans of tobacco and cartons of cigarettes now look like assassination attempts.

There was backlash against the hype and crass hucksterism and frankly ambivalence over whether fathers deserved the attention.

The tide turned after World War II when millions of ex-GIs came home to establish families.  The 1950’s booming economy, the enshrinement of the nuclear rather than the extended family as the norm and ideal, and the promotion of rigid gender roles made the decade the Golden Age of Father’s Day. 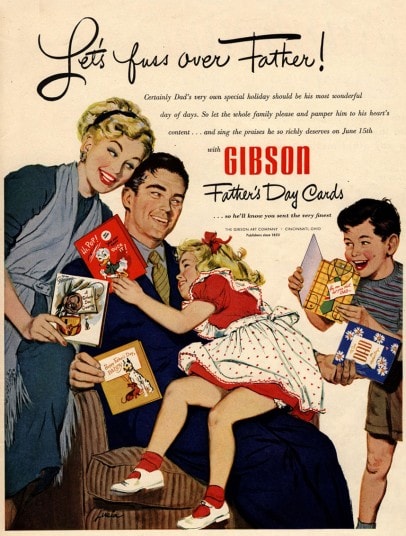 This greeting card ad captures the nuclear family vibe of the 1950's with Dad at the center.  Yet a whole generation of Boomer children went to therapy to recover from feeling denied approval from "cold and emotionally unavailable fathers."

Still, there was no national recognition of the holiday.  In 1957 Maine Senator Margaret Chase Smith wrote a proposal accusing Congress of ignoring fathers for 40 years while honoring mothers, “singling] out just one of our two parents.”  Nothing came of it. In 1966, President Lyndon B. Johnson issued the first presidential proclamation honoring fathers, designating the third Sunday in June as Father’s Day.  Six years later, the day was made a permanent national holiday when Richard Nixon signed it into law in 1972. 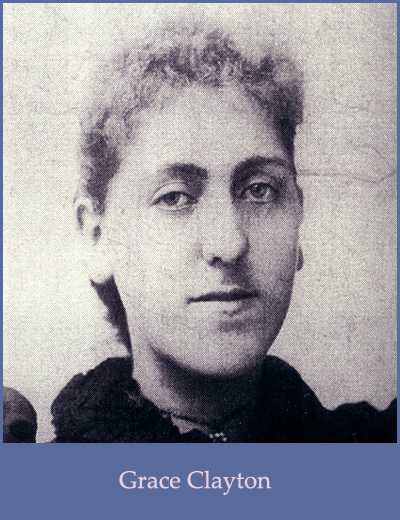 It turns out that Dodd’s was not the first Father’s Day celebration—or the first one inspired by Jarvis.  In 1908 Mrs. Grace Golden Clayton asked the minister of the Memorial Methodist Episcopal Church South in Fairmont, West Virginia, not far from Grafton where Jarvis held her first Mothers’ Day service at another Methodist Church.  Unlike Jarvis, Clayton was not just moved by the loss of her own parent, but by a disaster of enormous proportions. 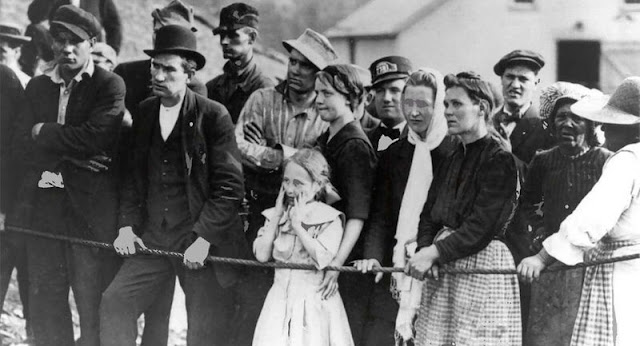 Families wait for word of the fate of their loved ones during futile rescue efforts at the Monangah Mining Disaster.

On December 6, 1907, 367 men were working in Fairmont Coal Company mines when, unexpectedly, an explosion occurred which killed an estimated 362 of the miners, with only four escaping and one being rescued by those who came to help. The four who escaped later died of their injuries. The Monongah Mining Disaster is widely considered the worst mining disaster in American History.   Over 1000 children lost their fathers.

Despite, or maybe because, of the tragic background Clayton’s celebration never caught on.  Unlike Spokane, Fairmont never issued an official proclamation to honor the celebration.  Neither Clayton nor the community did much to promote it after the initial observation in part because the Fairmont Coal Company did not want to keep the story of the disaster alive.  It is only in later years that Clayton’s moving commemoration was even given a footnote in the history of Father’s Day.

As is often the case, there are other claimants to Father’s Day.

In 1911, Jane Addams proposed that a citywide Father’s Day celebration in Chicago but was turned down.

In 1912, a Father’s Day celebration was held in Vancouver, Washington, suggested by Methodist pastor J.J. Berringer of the Irvington Methodist Church after a 1911 suggestion in the Portland Oregonian.  They were evidently unaware of the Spokane celebration on the other end of the state.

Harry C. Meek, a member of Lions Clubs International, claimed that he had first come up with the idea for Father’s Day in 1915. The Lions Club has named him the Originator of Father’s Day and continue to promote his claim.  Meek made many efforts to promote Father’s Day and make it an official holiday even after becoming aware of Dodd’s celebration.

So much for History.

Now you can keep or neglect Father’s Day as you will.

Posted by Patrick Murfin at 8:38 AM