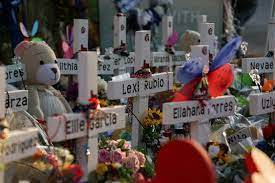 Memorial crosses for the dead outside Robb Elementary School in Uvalde, Texas.

Note—Today nation-wide March for Our Lives events will be held in Washington, D.C., major cities like Chicago, and in hundreds of smaller communities including a McHenry County vigil on Route 14 in Crystal Lake from 1 to 3 pm.  The student-led gun control advocacy group founded by Parkland school shooting survivors called the actions in response to the latest school shooting horror—the murder of 19 students and two teachers at Robb Elementary School in Uvalde, Texas on May 27.

When I read a stunning but gut wrenching poem attributed to a “Uvalde Mom” I was suspicious that it was, in fact written by such a grief stricken mother so soon after the massacre which is why I did not share it at the time.  But I saved it and tried to find out the facts. 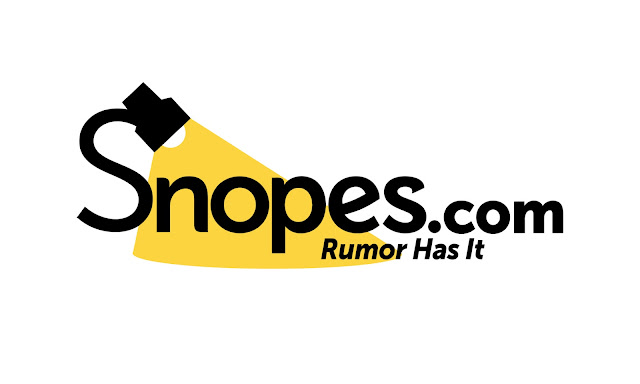 It looked like a perhaps professionally written piece perhaps cobbled together from snatches of interviews of an actual person.  That person was later identified as the mother of Amerie Joe Garza.  When contacted by the fact checkers at Snopes, the mom flatly denied writing it.

Snopes traced the first appearance on the Web to a post—later removed—by journalist Neil MacFarquhar, who may or may not have been the originator and who shared it to his Facebook account.

While such exploitation of a tragedy—Snopes calls it glurge content—is appalling, if the writer had identified him/herself and not misattributed it, it would have been considered a legitimate—even time-honored literary devise in which a poet projects the supposed thoughts of a real person in a historical event.  I have written such pieces myself, notably when I channeled Rosa Parks in Rosa Parks on Halloween 2005.  Better versifiers than I have done it like W. H. Auden in The Young Dead Soldiers.

So, I am going to share the poem today in that spirit.

A fake post, but a very real dead girl.

Posted on the Global Feminist Perspective Facebook Group on June 3

Written by one of the Uvalde victims moms:

“The chicken soup in her thermos stayed hot all day while her body grew cold.

She never had a chance to eat the baloney and cheese sandwich. I got up 10 minutes early to cut the crust off a sandwich that will never be eaten.

Should I call and cancel her dental appointment next Wednesday? Will the office automatically know?

Should I still take her brother to the appointment since I already took the day off work?  Last time Carlos had one cavity and Amerie asked him what having a cavity feels like.

She will never experience having a cavity.

She will never experience having a cavity filled.

The cavities in her body now are from bullets, and they can never be filled.

What if she had asked to use the bathroom in the hall a few minutes prior to the gunman entering the room, locking the door, and slaughtering all inside?

These are the things they don’t tell us.

Which of her friends did she see die before her?

Did their blood and brains splatter across her Girl Scout uniform?

What if it got ruined?

There are no patches for school shootings.

Was she practicing writing GIRAFFE the moment he walked in her classroom, barricaded the door and opened fire?

She keeps forgetting the silent “e” at the end.

We studied this past weekend, and now she doesn’t need to take the spelling test on Friday.

None of them will take the spelling test on Friday.

There will be no spelling test on Friday.

Because there is no one to give it.

And no one to take it.

These are the things I will never know:

I will never know at what age she would have started her period.

I will never know if she had wisdom teeth.

I will never know if she had wisdom teeth.

(Or if they would have come in crooked.)

I will never know who she spoke to last.  Was it the teacher?  Was it her table partner, George? She says George is always talking, even during silent reading.

Did she even scream?

She screamed the lyrics to We Don’t Talk About Bruno at 7:58 AM as she hopped out of my car in the circle drive.

She always sings the Dolores part, her sister sings Mirabel and I’m Bruno.

Did the killer ever see Encanto?

Could we have sat in the same row of seats, on the same day, munching popcorn?

What if Amerie brushed past him in the aisle? Did she politely say, “Excuse me,” to the boy who would someday blow her eye sockets apart?

Was he chomping on bubble gum as he destroyed them all?

If so, what flavor?

Was the radio on as he drove to massacre them?  Or did he drive in silence?

Was the sun in his eyes as he got out of the car in the parking lot?

Did his pockets hold sunglasses or just ammunition?

These are the things I will never know.

There is laundry in the dryer that is Amerie’s.

Clothes that are right now warmer than her body.

How will I ever be able to take them out of the dryer and where will I put them if not back in her dresser?

I can never wash clothes in that dryer again.

It will stand silent; a tomb for her pajamas and knee socks.

Her cousin’s graduation party is next month and I already signed her name in the card.  Should I cross it out?

That will be the last card I ever sign her name to.

The dog will live longer than she will.

The dog will be 12 next month and she will be eternally 10.

What will the school do with her backpack?

It was brand new this year and she attached her collection of keychains like cherished trophies to its zipper.

A beaded 4 leaf clover she made on St. Patty’s Day.

A red heart from a Walk-a-Thon.

A neon ice cream cone from her friend’s birthday party.

Now there will be no more keychains to attach.

Surely they can’t throw it out?

Would they throw them all out?

19 backpacks, full of stickered assignments and rainboots, all taken to the dumpster behind the school?

Is there even a dumpster big enough to contain all that life?

These are the things someone else knows:

The moment the semiautomatic rifle was put into his hands--was “Bring Me a Higher Love” playing in the gun store? “Get off my Cloud” by the Rolling Stones? Maybe it was Elton John’s “Rocket Man.”

Did the Outback Oasis salesperson hesitate as they slid him 375 rounds of ammunition?

not my problem my kids are grown and out of school

Did they sense any danger or were they more focused on picking that morning’s Raisin Bran out of their teeth?

My Nana used to say, “Pay attention to what whispers, and you won’t have to when it starts screaming.”

But now I know there is a more deafening sound than children screaming.

More horrific even, than automatic rifles on a Tuesday morning.

I beg the world:

Pay attention to what’s screaming today, or be forced to endure the silence that follows.”

Posted by Patrick Murfin at 6:53 AM