International Day of the Nacho Honors the Treat’s Inventor 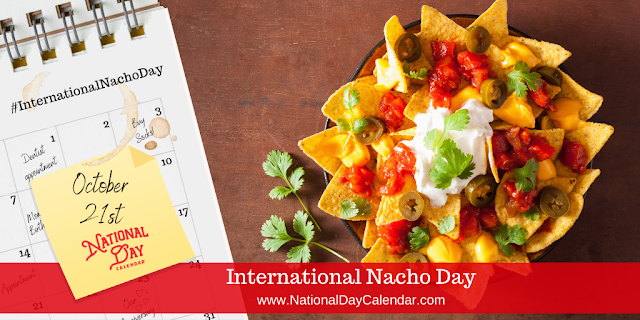 Today is International Day of the Nacho, so declared under somewhat murky circumstances and murkier authority for this date in 1975 after the tragic death of the delicacy’s inventor, Ignacio “Nacho” Anaya at the age of 81.  This celebration is not to be confused with a strictly U.S. National Nacho Day observed annually on November 6 promoted by the cheese industry.

I know.  It comes as a stunning surprise to gourmets and foodies that nachos are not steeped in traditional Mexican cuisine. 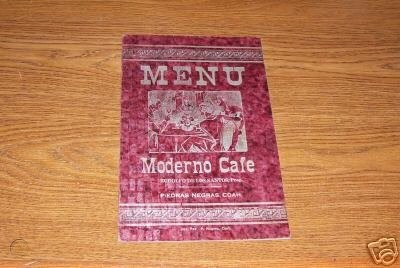 The story goes that Anaya was laboring as the maître d’hôtel—although I am relatively certain that no one ever called the front house manager by that title—at El Moderno Café in Piedras Negras, Coahuila, a border town just across the Rio Grande from Eagle Pass, Texas in 1943.  One evening the restaurant was closed when it was besieged by a gaggle of soldier’s wives from Ft. Duncan in Eagle Pass.  The women had escaped the boredom of camp life for a day of alleged shopping.  But one more than suspects the junket included more than a bit of the drinking and carousing that are the main attraction of border towns.

Whatever they were doing, the ladies were as ravenous as they were raucous and demanded something to eat.  The kitchen staff had already left so Anaya rustled up what he could.  He cut several corn tortillas into wedge shaped quarters and fried them in deep fat.  He melted left-over shredded cheddar cheese, poured the resulting sauce over the chips, and sprinkled on sliced pickled jalapeños.

The ladies devoured the platters and enquired what the new dish was called.  Anaya shrugged and for lack of a better name stammered out Nacho’s especiales.  Their ravenous approval began another tradition—chowing down on the dish after bouts of serious drinking.  On their return to Texas the ladies raved about them and soon others were asking for them. 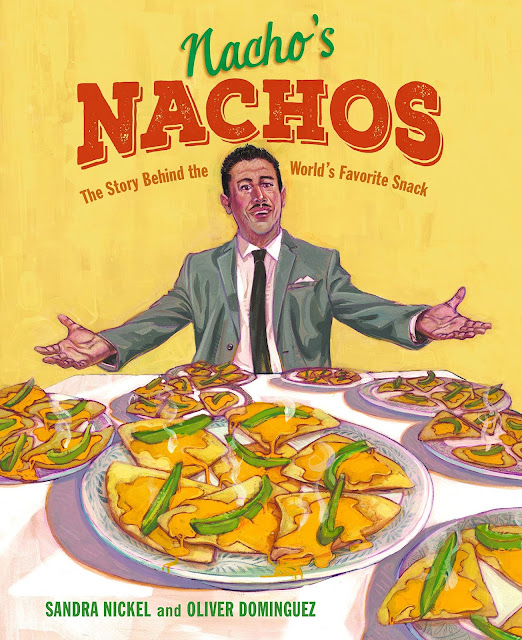 Ignacio "Nacho" Anaya shows off his simple original nachos on the cover of this book.

El Moderno put Nacho’s especiales on the regular menu.  Other joints on both sides of the river soon followed.  It didn’t take too long until the name was shortened to just plain nachos.  Anaya himself gained such local notoriety that a few years later he was able to open his own place, Nacho’s Restaurant and went into competition with his former employer as the official home of the nacho.

Nachos were first noted in English print in a 1950 book A Taste of Texas but it was not until 1954 that Anaya’s original recipe was published in St. Anne’s Cookbook, one of those local fundraiser cookbooks.

In 1959 Carmen Rocha, a waitress at El Cholo Restaurant in San Antonio was sent to Los Angeles to open a franchise of the restaurant there and added nachos to the menu, introducing the dish to the West Coast. 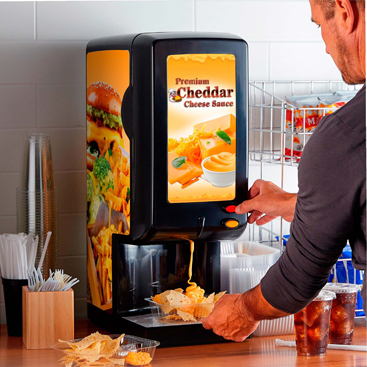 Nacho cheese dispensers can now be found not only at sports venues but at fast food operations, movie theaters, and gas station convenience stores.

But nachos did not really take off until entrepreneur Frank Liberto, owner of Rico’s Products developed a nacho sauce that could be easily applied to pre-fried chips from heated dispenser and a newer version called stadium nachos really took off.  He began vending his new product at sporting events at Arlington Stadium in Arlington, Texas where sportscaster Howard Cosell sampled them and mentioned them repeatedly on broadcasts of Monday Night Football.

After such an impressive culturally significant endorsement, nachos went viral.  The creation of dispensers in which bladders of nacho sauce could be kept piping hot for days, maybe even weeks, meant that the delicacy could be served for school lunches or dispensed by bar tenders, teenagers with acne behind the counter of movie concession stands, and sold for the price of complete fast food meal, or self-dispensed by drunks in gas stations at 3 am. 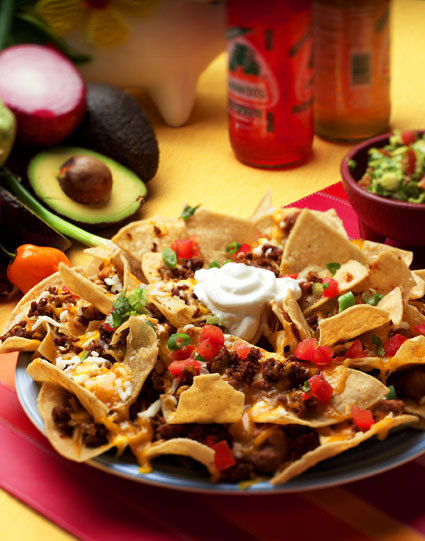 Loaded Nacho Supremes are practically meals in themselves or can be shared by a table.

These days at American dining establishments like Chili’s enormous platters of nachos are served and are garnished with embellishments like salsa, chili, sour cream, black olives, ground beef, chopped onions, and re-fried beans. This form of nachos supreme have even gone international and can now be found from Helsinki to Hong Kong.

You can now even enjoy nachos at home by heating 12 ounce, jars of nacho sauce in the microwave and pouring the contents over a plate of bagged tortilla chips.

El Moderno was one of the few places that still served the original recipe just as concocted by Anaya who was commemorated there by a brass plaque.  But the fabled eatery closed in 2009.  A fast food operation now operates in the city under the same name, but it is safe to say they don’t serve the original recipe. 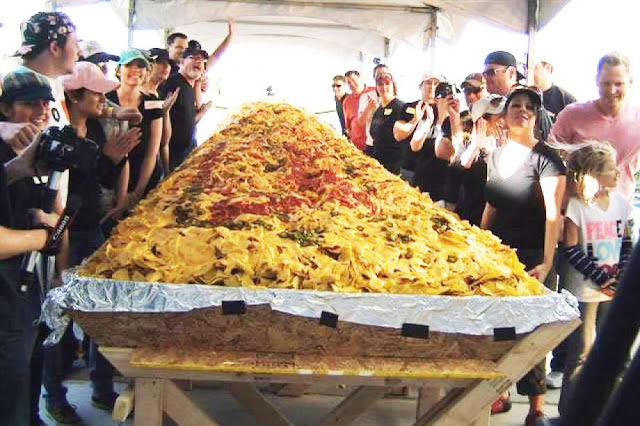 The epicenter for the celebration of the International Day of the Nacho remains in Piedras Negras.  The celebration, however, is city-wide and now stretches over a three day weekend closest to October 21.  Festivities include the annual recreation of the World’s Largest Nachos as certified by the Guinness Book of World Records and by an annual nachos competition which was judged by Ignacio Anaya Jr. until his death in 2010.