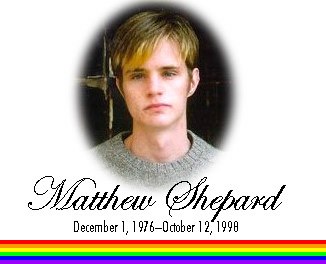 Note:  The exceptionally brutal murder of young Matthew Shepard 23 years ago triggered a national debate and a movement that led to the adoption of hate crime laws across the country.  Many considered it a game changer.  In subsequent years public acceptance of homosexuality and homosexuals steadily grew as did legal protections against discrimination and stunning victories including the legal recognition of same gender marriage rights.  Many thought that the bad old days of queer bashing for sport and the like were gone for good.  But as in so many other areas the Trump era was a Band-Aid that rips off a scab on a bleeding wound when removed.  Nationally as well as they can be tracked violent assaults and murders of Gay men, women, and youth has jumped up.  Rates for attacks on transgender individuals are higher yet with the highest of all per population against transgender women of color—the triple trigger of rage for some.  The young man from Wyoming—my old home state—didn’t set out to be a martyr, but we have to relearn the bitter lessons his death once taught us.

Just after midnight on October 7, 1998 a 21 year old University of Wyoming student left a Laramie bar with two townies.  Instead of giving him a promised ride home, the pair drove him to a remote road near town, robbed him, pistol whipped him, and tied him with out-stretched arms on a barbed wire fence.  They left him for dead.  18 hours later a local rancher discovered what he first thought was a scarecrow.  Barely alive the young man was flown to Poudre Valley Hospital, in Fort Collins, Colorado where he died early on October 12 without ever having regained consciousness.

The case might never have been more than a local tragedy and sensation except for one thing.  Matthew Shepard was Gay and apparently targeted by his assailants, Russell Henderson and Aaron McKinney because he was “a faggot.”  The case became a national cause célèbre and the impetus for adding sexual orientation or identity to protected status under state and Federal hate crime statutes.

Shepard was born in Casper, Wyoming on December 1, 1976.  He was the eldest of two sons of petroleum engineer Dennis and his wife Judy.  Matthew attended Casper public schools through his junior year in high school. When his father took a job with the Saudi oil company Aramco in Dhahran he was sent to complete his schooling to The American School in Switzerland, the choice of many corporate families working abroad.  He was a friendly, outgoing student who was selected a peer counselor at both of his high schools.  He was open about his sexual orientation and strove for greater acceptance of all people.  While on a school sponsored trip to Morocco that year he was assaulted and raped which caused him bouts of severe depression and panic attacks.

On returning to the U.S. Shepard briefly attended classes at Catawba College in North Carolina and Casper College, his hometown community college.  He moved to Denver, Colorado, the metropolis of the Mountain States, and plunged into the urban Gay lifestyle.  At some point he may have become HIV positive. 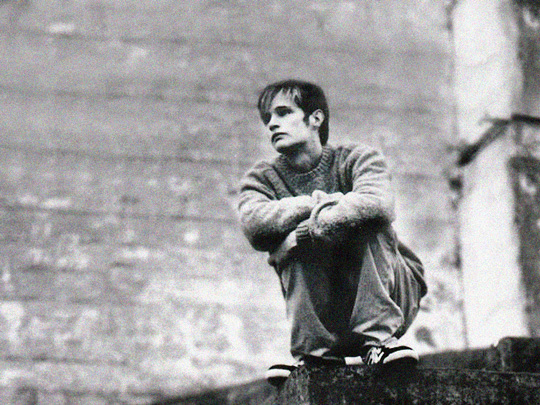 A pensive portrait of Matthew Shepard taken not long before his death.

Shepard enrolled in the University of Wyoming, with a major in political science and foreign relations with a minor in languages. He was fluent in three languages. He enjoyed the theater and had parts in several Casper College and community theater productions. He was very active in politics and campaigned for several candidates and held a sincere concern for human rights. He was selected as the student representative for the Wyoming Environmental Council.  But Shepard also enjoyed several sports including soccer, swimming, running, camping, hunting, fishing and skiing, in addition to his interests in dancing and theater.

Despite his outward confidence, Shepard was still subject to depression and like many young people dabbled in drugs.

Shepard met Henderson and McKinney at the Fireside Lounge.  All accounts agree that he left with them voluntarily.  Henderson and McKinney switched stories while on trial, especially after Henderson struck a deal to avoid the death penalty and agreed to testify against McKinney.  The pair first said they were just responding to Shepard’s request for a ride home and killed him in a gay panic when he came on to them.  After the two men’s girlfriends both testified that they had told them that they had planned to find a gay man to rob, they changed their stories.  They maintained that it was simply a robbery gone wrong. 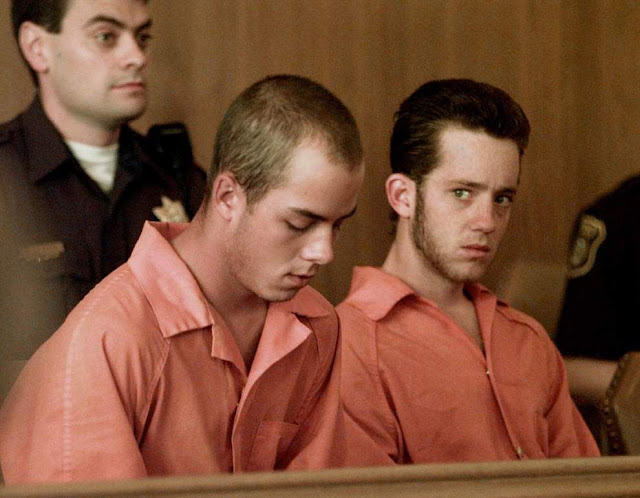 Assailants Henderson and McKinney in court in Wyoming.

Henderson was sentenced to two terms of life in prison.  McKinney was convicted of felony murder partly on Henderson’s testimony.  The prosecutors sought the death penalty but as the jury deliberated, Shepard’s parents agreed to spare McKinney the death sentence.  He received the same sentence as his partner.  Both are still in prison.

In the dark days directly after the murder and through the long trial process Judy Shepard became an outspoken advocate for the safety of Gays and Lesbians.  She was not alone.  The small Unitarian Universalist congregations in Laramie, Cheyenne, Casper and Ft. Collins all became safe havens for the Gay community, offered solace and counseling, and joined with Judy Shepard in demanding that the state of Wyoming add gays to hate crime protection.  It was notable and heroic work in an often hostile environment. 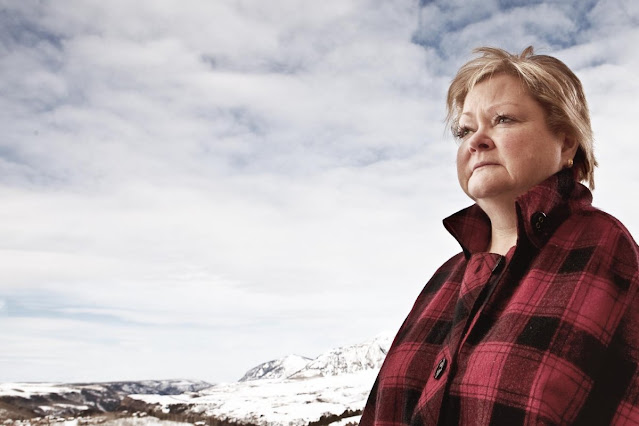 Judy Shepard founded and still leads the Matthew Shepard Foundation which took the lead on advocating for hate crime protection and is currently active in countering school bullying.

After Shepard’s murder the Wyoming legislature considered a bill defining certain attacks motivated by victim identity as hate crimes.  The measure failed on a 30-30 tie in the state House of Representatives.  Judy Shepard and her supporters turned to seeking Federal legislation. President Bill Clinton supported efforts to extend Federal hate crime legislation to include homosexuals, women, and people with disabilities. The effort failed in the House in 1999. The next year both houses of Congress passed legislation; but it was stripped out in conference committee.

Attempts to revive the issue failed repeatedly until Rep. John Conyers (D-Michigan) introduced the Mathew Shepard Act with 171 co-sponsors in 2007. It passed the House and a similar measure passed the Senate.  President George W. Bush indicated he would veto the measure and conservatives erupted with a firestorm of opposition.  In an attempt to avoid a veto, the measure was attached to a Department of Defense Authorization bill.  That bill, however, was opposed by anti-war Democrats and the measure failed again.

In 2009 with the support of newly elected President Barak Obama, the bill cleared the House again by a wide margin.  The Senate again attached the legislation to a Defense Authorization bill, which passed.  This time the conference committee included the amendment, which had not been in the House version.  Sent to the House, the Authorization bill with the expansion of hate crime protection it was passed.  A cloture vote overcame a threatened Senate filibuster, and the upper chamber passed the bill on a 64-35.  The President signed it into law on October 29, 2009.  Almost immediately conservatives have called for its repeal. 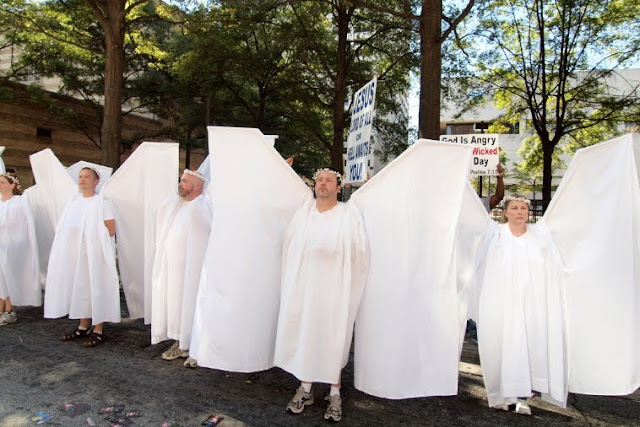 Matthew's friends and loved ones led by Romaine Patterson donned angel wings and flowing white robes to block views of Westboro Baptist Church demonstrators during Henderson's trial.  The tactic would be repeated many time when the bigoted groups picketed churches, schools, and the funerals of soldiers killed in Iraq and Afghanistan.

The Shepard case has aroused passions on all sides.  The infamous Westboro Baptist Church of Topeka, Kansas led by anti-Gay bigot Fred Phelps generated some of its first nationwide attention by picketing Shepard’s funeral with signs with such as “Matt Shepard rots in Hell”, “AIDS Kills Fags Dead” and “God Hates Fags”.  They continued to demonstrate regularly during the trials of the accused murderers. As a counter protest during Henderson’s trial, Romaine Patterson, a friend of Shepard’s, organized a group who surrounded the demonstrators wearing white robes and gigantic angel wings to block the view.  The action inspired similar responses to later forays by Phelps including his protests at the funerals of soldiers killed in Iraq and Afghanistan. 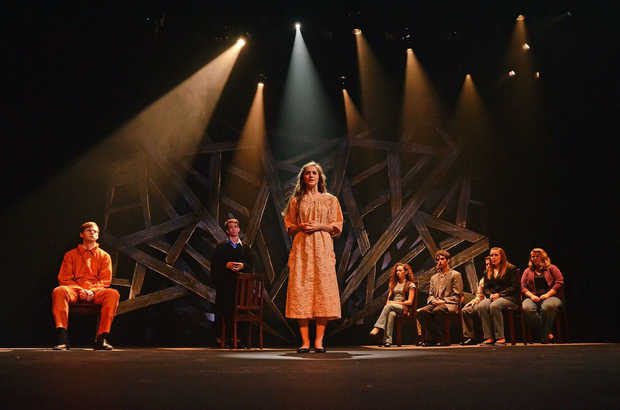 A production of The Laramie Project at the University of Mississippi.

The Laramie Project, a play by Moisés Kaufman and members of the Tectonic Theater Project premiered in Denver in 2002 and went on to be presented at the Union Square Theater in New York.  It was presented in Laramie in 2010.  It has since been produced both professionally and by amateur theater groups around the country and overseas.  A version has also been adapted for use in high schools.  Predictably presentations of the play have routinely attracted protests by Fred Phelps and others.  HBO commissioned a film of The Laramie Project, also written and directed by Kaufman.

The Matthew Shepard Story premiered on NBC on March 9, 2002, the same night as HBO’s The Laramie Project. It starred Shane Meier as Shepard, Sam Waterston as Dennis Shepard and Stockard Channing as Judy Shepard. The film won an Emmy in 2002 for Channing’s performance. The ending featured Elton John’s song about Shepard, American Triangle, from his album Songs from the West Coast.

In 2004 ABC television’s 20/20 made a controversial re-visit of the case in which it depicted Shepard as a crack user and portrayed the murder as drug deal gone bad rather than a hate crime.  The program’s assertions have been refuted by Judy Shepard and by the original prosecutors on the case.

Ten years after Shepard’s murder, members of the Tectonic Theater Project returned to Laramie to conduct follow-up interviews with residents featured in the original play. Those interviews were turned into a companion piece, entitled The Laramie Project: Ten Years Later. The play debuted as readings at nearly 150 theatres across the US and internationally on October 12, 2009—the 11th anniversary of Matthew Shepard’s death.  Opening night many of the venues were linked by webcam to New York City where Judy Shepard and the play’s producers and writers, and actress Glenn Close spoke. 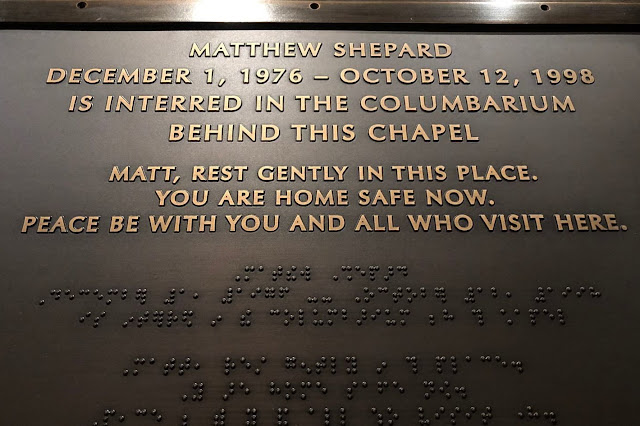 On October 26, 2018, Shepard’s ashes were interred at the crypt in the Washington National Cathedral. The ceremony was presided over by the first openly gay Episcopal bishop Gene Robinson, and the Bishop of Washington Reverend Marianne Edgar Budde. Music was performed by the Gay Men’s Chorus of Washington DC, GenOUT, and Conspirare, which performed Craig Hella Johnson’s Considering Matthew Shepard.  It was the first interment of the ashes of a national figure at the cathedral since Helen Keller’s fifty years earlier.