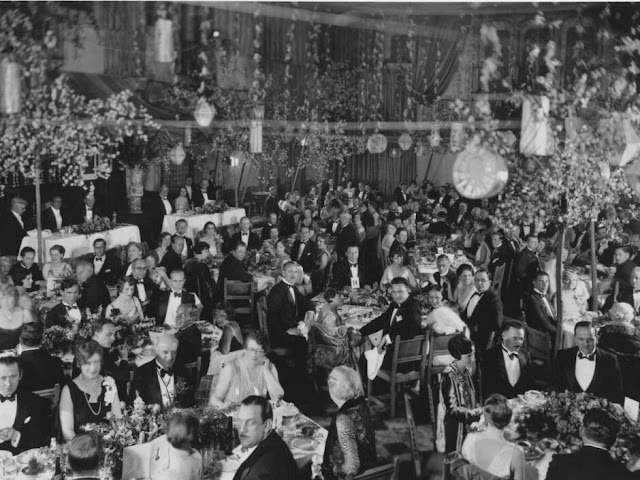 The Awards presentation at the Academy of Motion Pictures Arts and Sciences banquet at the Hollywood Roosevelt Hotel, May 16, 1929.

On May 16, 1929 the first Academy Awards were presented at a banquet at the Hollywood Roosevelt Hotel.  270 people plunked down $5 for tickets to the black tie event.

In many ways it was indistinguishable from award dinners common to any industry.  The main event seemed to be the dinner.  The awards were presented in a brisk 15 minutes after the deserts were cleared and after speeches by founders of the Academy of Motion Picture Arts and Sciences, including producer Louis B. Mayer who was a prime mover in establishing the organization just two years before.

The Academy’s first President, actor Douglas Fairbanks, shared hosting and presenting with his successor, director Cecil B. DeMille.  There we no surprises.  Award recipients had been announced weeks earlier.

While many things would change about the annual ceremonies, one constant was the Award itself, a hefty gold statuette of a sleek man holding a sword point down with his hands clasp in front of him.  In 1931 Bette Davis would give it an enduring nick name by observing, “This looks just like my uncle Oscar.” 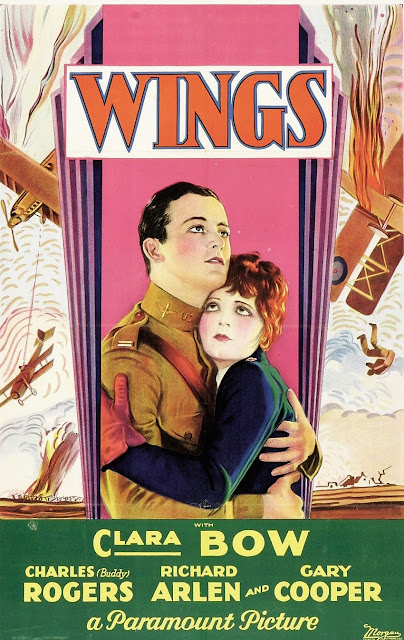 
Recipients of the first awards were mostly for films released in 1927.  Many awards, including those for acting were given not for a single film, but for a body of work during the year.  There were two best picture awards, Outstanding Picture, Production for popular, mainstream hits, and Outstanding Picture, Unique and Artistic Production for what we would today call an art film.  The action-packed World War I flying adventure Wings starting Buddy Rodgers, Gary Cooper, and Clara Bow won the commercial award.  Sunrise: A Song of Two Humans, an allegorical film by German director F. W. Murnau staring George O’Brien as The Husband and Janet Gaynor as The Wife won the art award.  The film included music and sound effects, but no dialog on a sound track using Fox-Movietone Sound-on-Film system. 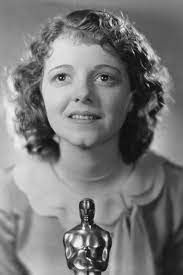 Janet Gaynor collected her statuette for two films.  She would be a repeat winner in 1930.


It was a very good year for 22 year old Gaynor.  She won Best Actress in a Leading Role for her performance as the long suffering wife and for two films she made with director Frank Borzage and leading man Charles Farrell, Seventh Heaven, and Street Angel.  Borzage took home the trophy as Best Director, Dramatic Picture for the charming romance Seventh Heaven.

That year there was also a separate award for Best Director, Comedy Picture which was won by Lewis Milestone for Two American Knights, produced by Howard Hughes and staring William Boyd—the future Hopalong Cassidy—and Mary Astor.

Best Actor in Leading Roll went to German character actor Emil Jannings for work in two pictures, The Lost Command as an exiled Czarist general, and The Way of All Flesh as a businessman tempted and dishonored. 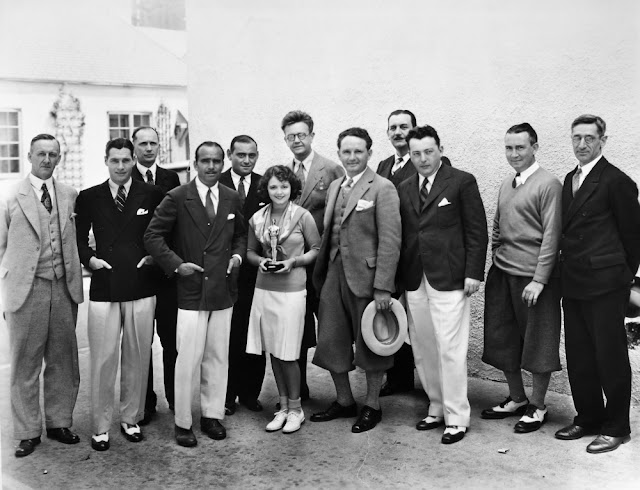 The day after the ceremony host Douglas Fairbanks and winner Janet Gaynor in less formal attire than the night before re-enacted the presentation for the press with director Frank Borzage in his golf knickers to Gaynor's left.

Two Honorary awards were given.  The first was to Charles Chaplain, who had been withdrawn from consideration in several categories of regular award because he did, well, everything.  His citation read, “For versatility and genius in acting, writing, directing and producing The Circus.”   The dawning of a new age was recognized in a special award to Warner Brothers “For producing The Jazz Singer, the pioneer outstanding talking picture, which has revolutionized the industry.” 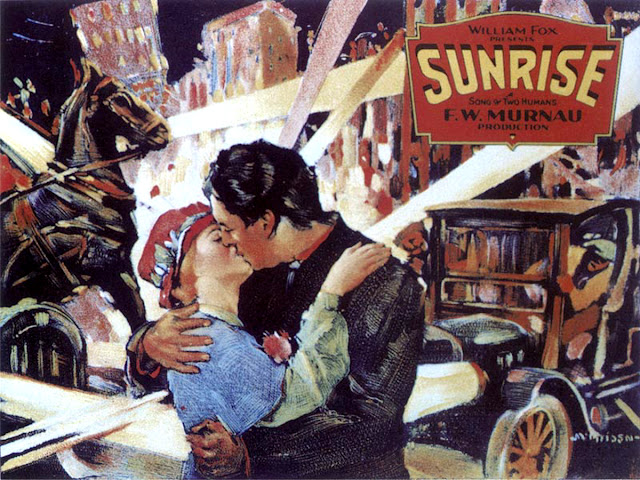 When Sunrise: A Tale of Two Humans which was drenched in heavy German Expressionist symbolism was first released it mystified audiences and flopped at the box office.  After winning the arty Best Picture category it was re-released and patrons flocked to movie houses to see what the fuss was about.


Even the most optimistic boosters of the new awards did not foresee how popular—and powerful—they would become.  The eyes of Hollywood were opened when winning films were re-released to big audiences.  Sunrise, in particular, which had made hardly any money in its first release suddenly found an audience.  Thereafter the Awards—and the presentation showcases for them—would become a very big deal indeed in Tinsel Town.

Posted by Patrick Murfin at 6:59 AM