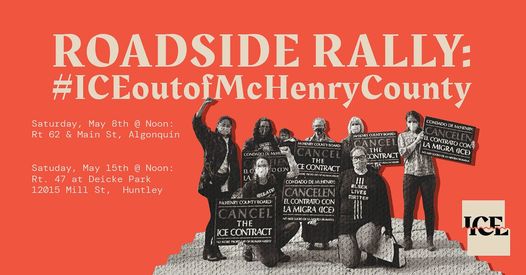 The Coalition to Cancel the ICE Contract in McHenry County will hold a Roadside Rally this Saturday, May 8 in downtown Algonquin at  Route 62 and Main Street from noon to 1:30 pm.

The McHenry event is one of a series of  events that have taken the struggle to every corner of McHenry County.  The final roadside rally before an expected vote by the County Board on Wednesday, May 18 will be held in Huntley from noon to 1:30 pm on May 15 along Route 47 at  Deicke Park. 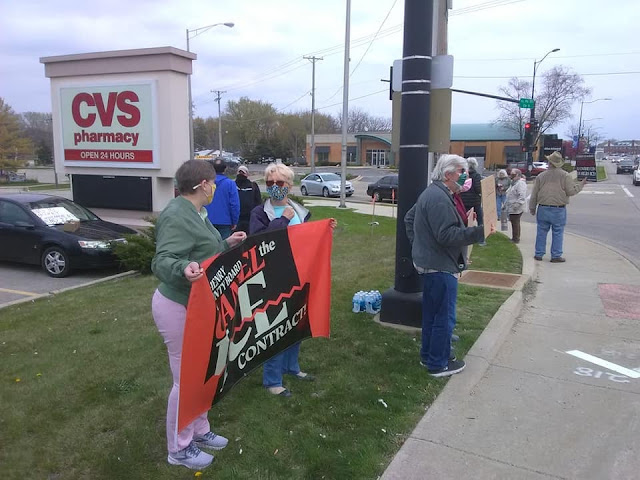 Coalition to Cancel the ICE Contract in McHenry County members and friends hold a banner at a roadside rally in McHenry on April 24.


The Coalition to Cancel the ICE Contract in McHenry County was formed by concerned organizations committed to immigration justice and ending the ICE contract with McHenry County Jail and includes 30 groups from the County and region.  Over 2000 signatures on a petition to end the contract were recently presented to the Board and 482 individuals now are registered on the Coalition’s Facebook Group.

For more information visit the Facebook Page at  https://www.facebook.com/CancelICEContractMcHenryCounty.