The Seed and I a Murfin Memoir —Exit and After 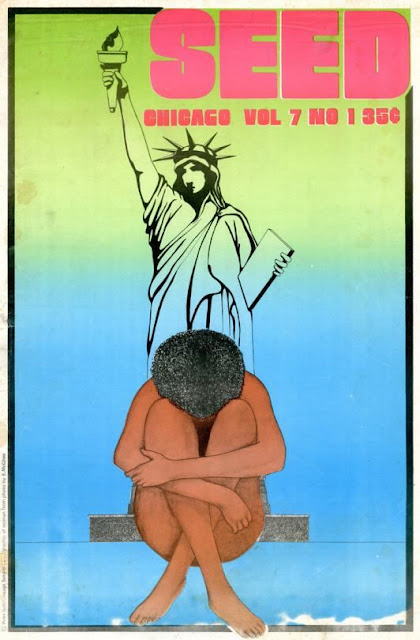 As I noted, there was rising tension between me and key Seed staff members over rhetoric like spelling Amerikkka that I felt was alienating to working class readers.  I was suspected of being if not sufficiently revolutionary then insufficiently insurrectionist.  I doubted that we could win a new society from the barrel of a wildly out-matched gun.  I was seen as a Wobbly romantic out of touch with the new movement. Maybe I was.  And I maybe I was not loyal in the brouhaha between the Seed and Alice’s Revisited downstairs.

So it was sort of a gesture of reconciliation when the collective finally agreed on an idea for a fiction supplement that I had been pitching for some time. 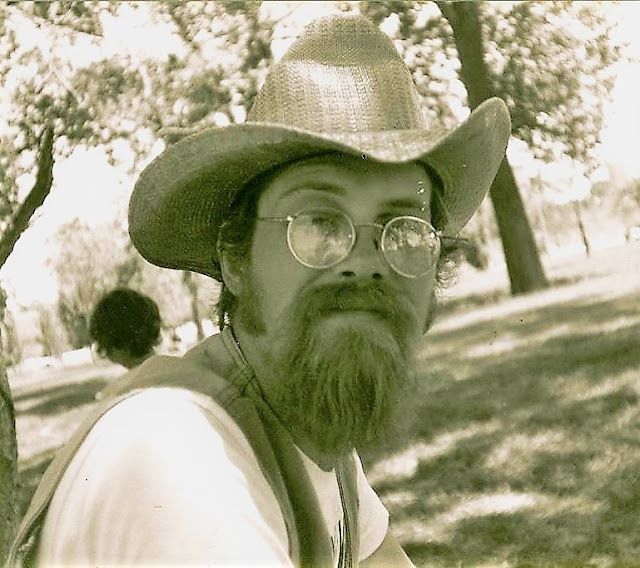 At a Wobbly picnic in Oz Park during my Seed staff tenure.


I had recently left Colombia College where I had studied creative writing and the Story Workshop method with John Schultz and Betty Schiflett.  In addition to mentoring aspiring writers, Schultz had also published one of the best books on the 1968 Democratic Convention turmoil, No One Was Killed and a follow-up on the Trial of the Chicago 8/7.  I was enamored by the short story form and in my fantasies could imagine turning up in the New Yorker or turning out collections as rich as J. D. Salinger.  Of course I was deluded, but happily so.

Even after dropping out of Columbia, I still met regulars, teachers and students alike, from the Story Workshop classes for drinks in an almost always deserted and dark saloon called the Red Barron just down the street from the Oxford Pub.  My pal Larry Heinemann who would go on to win a National Book Award for his great Vietnam War novel Paco’s Story was one of the regulars at those alcohol fueled bull sessions. 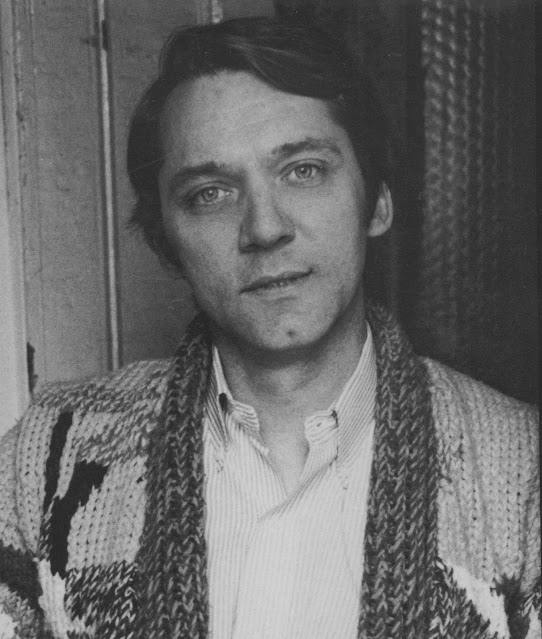 Larry Heinemann and I began Story Workshop at Columbia college together.  He went on to win the National Book Award for his Vietnam novel Paco's Story.  Me?  no such luck.


For the Seed supplement I envisioned a collection of short-short stories, just a few hundred words each, submitted by readers.  I rather hoped that some of the Columbia writers would offer pieces, but they did not.  I suspect they were holding their stuff for more prestigious outlets that might actually pay.  I, of course, had a couple of pieces of my own ready to go.

It was no small gesture from the staff.  A four page insert supplement to the 36 page paper would be expensive and there was no reason to believe that a sudden literary foray would appeal to our readers who by in large found their cultural interests filled quite nicely by music and film.  Feedback from street sellers when they heard about the plans was not enthusiastic.

We solicited submissions for a couple of issues.  The response was underwhelming.  But I selected enough stories to fill the section with room for graphics.  When I brought them to a regular staff meeting, I was stunned by the response.

Some of the pieces were attacked as racist or sexist or simply irrelevant to “the struggle.”  Some staff members viewed art as necessarily didactic and had little or no consideration for individual free expression that was not in service to the cause.  At least one or two stories were rejected outright.

My own two pieces also came under critical scrutiny.  One piece was about a stoned out hippie on a late night deserted L platform who was stabbed by a Black street kid.  I thought the story was about the delusions some counter-cultural folks had for the deep racial resentments and divisions in society—we were not immune.  Others felt it promoted racist stereotypes.

The second story The Dear Old Yellow Porsche described a heroin overdose and/or suicide at the Lakefront of comfortable young couple. 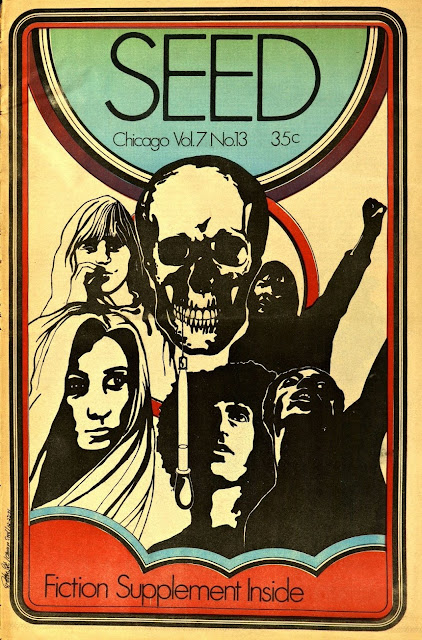 After much wrangling it was finally decided to go ahead and publish the supplement if only because we had been promoting it for weeks.  But a disclaimer disassociating the staff collective from the contents and denouncing some of the content had to be run.

The supplement came out.  The vendors were right.  It did not sell like hot cakes.  My attempt at becoming a literary figure on the Chicago scene failed.

I was disillusioned.  My resignation from the staff was taken without much regret.  Everyone moved on.

The Seed remained under pressure from ad revenue loss, completion from the Reader, and dwindling street sellers.  Within a couple of years they could not afford the rent on the Wrightwood offices which made it even more difficult to get copies in the hands of vendors.  Dick O’Brien a/k/a Dick Yippie did what he could to keep the paper afloat sporadically bringing out copies he laid out on his kitchen table.  It faded away in a city that had moved on.

I went to work on third shift at a Schwinn Bicycle plant hoping to help organize it as part of a Chicago IWW branch Metal and Machinery Workers organizing drive.  Nothing came of that before I was finally sentenced to prison for Draft Resistance in 1973.  When I got out I went to work a Dietzgen Corp, an old engineering equipment and supply company with buildings at Fullerton and Sheffield, I continued to be active in the IWW and worked on the Industrial Worker eventually becoming editor. 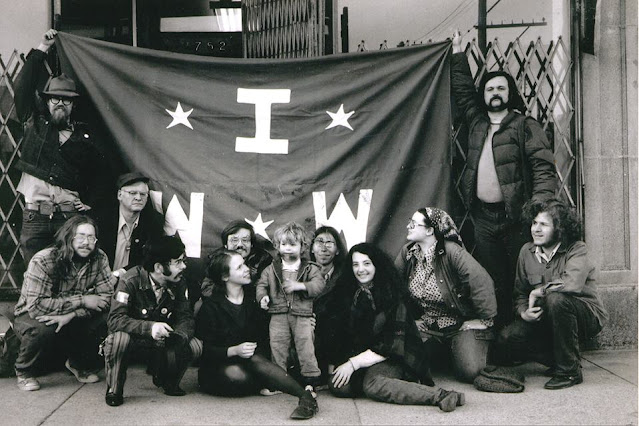 The opening of the new IWW hall on Webster in 1973,


The IWW lost the Lincoln Avenue Hall and moved to storefront digs on Webster near Armitage which could no longer host the big community events and benefits.  After that the union moved to even more cramped space in a second floor office in Links Hall north on Sheffield.

I ended up disgraced, drunk, and frequently homeless in the late ‘70’s before I reconnected with a former Seed seller Kathy Brady-Larsen who was a widow with young daughters.  I moved into her Logan Square neighborhood flat and we got married.  After our daughter Maureen was born we moved to the boonies of McHenry County in 1983.

But all of that are stories for another time.

Posted by Patrick Murfin at 7:35 AM