On World Press Freedom Day Things are Getting Worse 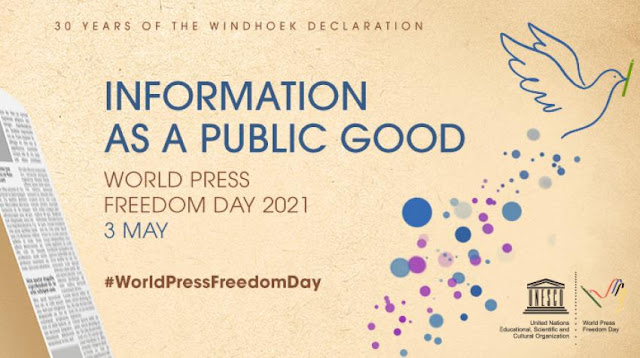 The United Nations General Assembly declared May 3 World Press Freedom Day to raise awareness of the importance of freedom of the press and remind governments of their duty to respect and uphold the right to freedom of expression enshrined under Article 19 of the 1948 Universal Declaration of Human Rights. It also marked the anniversary of the Windhoek Declaration, a statement of free press principles put together by newspaper journalists in Namibia thirty years ago in 1991. 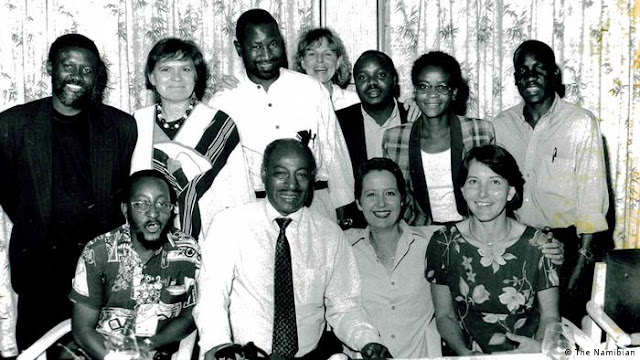 The United Nations Educational, Scientific and Culcitural Organization (UNESCO) also marks World Press Freedom Day each year by bringing together media professionals, press freedom organizations, and UN agencies to assess the state of press freedom worldwide and discuss solutions for addressing challenges. Each conference is centered on a theme related to press freedom, including good governance, media coverage of terrorism, impunity, and the role of media in post-conflict countries.

This year the conference is being hosted by UNESCO and the Government of Namibia. April 29 through today back in Windhoek. The event is a physical and digital experience combining virtual and in-presence participation.

The World Press Freedom Day theme is Information as a Public Good which “serves as a call to affirm the importance of cherishing information as a public good, and exploring what can be done in the production, distribution and reception of content to strengthen journalism, and to advance transparency and empowerment while leaving no one behind. The theme is of urgent relevance to all countries across the world. It recognizes the changing communications system that is impacting on our health, our human rights, democracies and sustainable development.”

To underline the importance of information within the online media environment, WPFD 2021 will highlight three key topics:

Steps to ensure the economic viability of news media

Enhanced Media and Information Literacy (MIL) capacities that enable people to recognize and value, as well as defend and demand, journalism as a vital part of information as a public good. 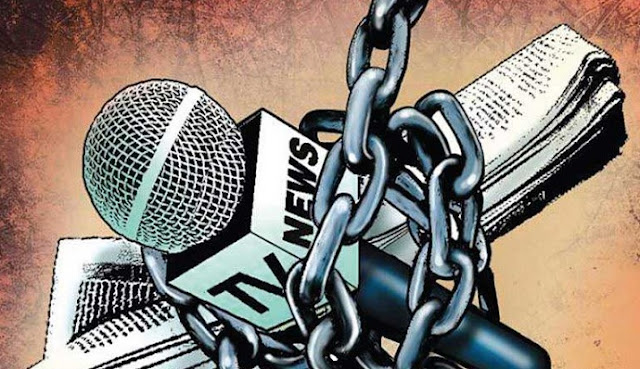 So how is it going on the press freedom front these days?  Well the needle on the dial hovers between not so good and terrible.  In fact the press both traditional media and emerging digital media is under greater pressure in more nations than at any time since the Second World War.

A total of 50 journalists were killed worldwide in 2020, according to the second part of the annual round-up of abusive treatment and violence against journalists, published by Reporters Without Borders (RSF.)  And that may not be comprehensive and doesn’t count dozens of the disappeared.  In the new year there have been spikes in Miramar where protests against the military coup that ousted the elected government have been on going.  Repression in nations of the former Soviet Union including Russia, Belarus, Ukraine, and Kazakhstan  are also rising including assassinations conducted abroad.

In addition intimidation is a rising problem that deters many from freely reporting the news.  Courtney Radsch, of the CPJ said anti-press rhetoric has become endemic in many countries especially the Philippines and the U.S.  Social media and the internet have added to the issues journalists face.  “Online harassment and its very real threats to journalists, especially women, has compounded the already challenging environment”, she said.

Don’t think America is immune.  During the Trump years press freedom here plummeted relative to Western democracies.  Death threats to American reporters and news organizations skyrocketed as Trump beat his fake news/enemy of the people drum and the far right wing and White nationalist forces listened.  Several news organizations were the victims of bomb scares,  Reporters were attacked and ruffed up at several rallies.  Republican state legislatures have enacted a variety of laws meant to either prevent coverage of protests, corruption, and vote suppression.  Reporters have been criminalized for photographing or filming factory farming and slaughter operations.  They have also been stripped of immunities for protecting sources as have whistle blowers. 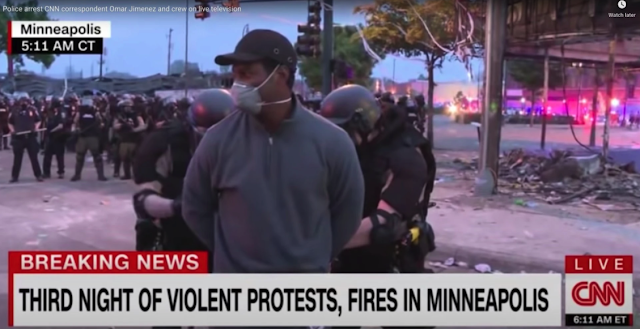 Although the incoming Biden administration will work to improve conditions on the Federal level, it will be a slow and arduous process.  Meanwhile police have targeted journalists for physical attack—gassing, Tasering, shooting with rubber bullets, and beating reporters covering Black Lives Matter protests in several cities, notably  Minneapolis. 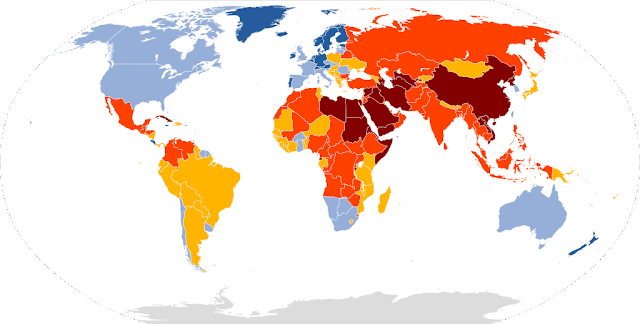 This map of rankings for press freedom was from 2017--Deep red very serious, orange serious, yellow notable problems, light blue satisfactory, dark blue good; Since then the U.S. has slipped to problematic.

Largely due to the deteriorating situation Reporters Without Borders (RSF) downgraded the  ranking in its World Press Freedom Index yet again this year.

It’s a tough time for journalists, but they continue to do their jobs despite obstacles.

Posted by Patrick Murfin at 7:07 AM