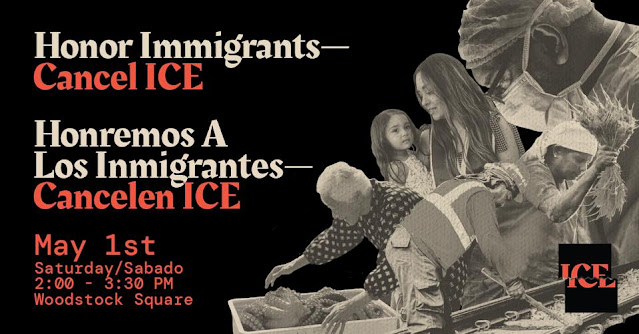 The Coalition to Cancel the ICE Contract in McHenry County will host the event Honor Immigrants - Cancel ICE, in Woodstock Square, on Saturday May 1 from 2 to 3:30 pm. The event seeks to honor the immigrant community and demonstrate in favor of canceling the contract between McHenry County and the U.S. Marshall's Service that imprisons people on behalf of Immigration and Custom Enforcement (ICE). This action  precedes the upcoming May 18 vote when the McHenry County Board will decide whether or not to continue their contract with ICE.

McHenry County Jail is currently only one of three jails in the state of Illinois that contracts with ICE and holds their detainees until they can be transported to a federal ICE facility, which are legally banned in Illinois.

For the last two years, local activists have been working to organize residents around the fight to end this contract, and as the day of the vote closes in, the campaign for awareness is ramping up.

At a meeting on Tuesday morning April 27, the majority of the members of the Law and Government Committee of McHenry County indicated that they feel it is inappropriate to fight the battle against ICE at the local level.  They would prefer the Coalition to take their activism to the state or federal level.

Some board members did disagree with this, including Carlos Acosta, saying:

Federal action is no substitute for local action. In fact, local action typically spurs state or federal action. Yes, we need our state and federal officials to pay attention to us, but they will be more moved by our actions, not just words. Comparing ICE detention to a hotel is offensive.  Hotels do not make you change buildings in different states without warning and without your consent. Hotels do not deny you access to sunlight and fresh air. Hotels do not limit human contact and keep you in your room 23 hours a day.  ICE does that regularly and, by contracting with ICE, so does the McHenry County Board.

Local activists plan to demonstrate the power of taking action at the local level through their demonstration this weekend. Over 200 activists and community members will be in attendance. Activists will speak against the harmful rhetoric espoused by many on the McHenry County Board. During the course of the event, “we will recreate some of the conditions of the detention center to draw awareness amongst community members of their county’s complicity in the harms of ICE conduct. The event will conclude with activists leading the attendees in a march around the square,” according to Sandra Davila, one of the Coalition Leadership Group. 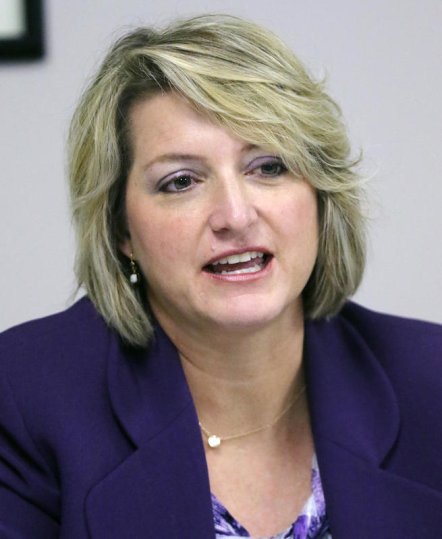 McHenry County Board Member Kelli Wegener will be among the speakers at the event.

Participants are asked to wear masks, socially distance, and bring signs for the march around the Square.

For more information visit the Facebook event invitation.  To keep up with how to participate in the campaign to Cancel ICE in McHenry County visit the group’s Facebook Group.

Posted by Patrick Murfin at 5:43 AM