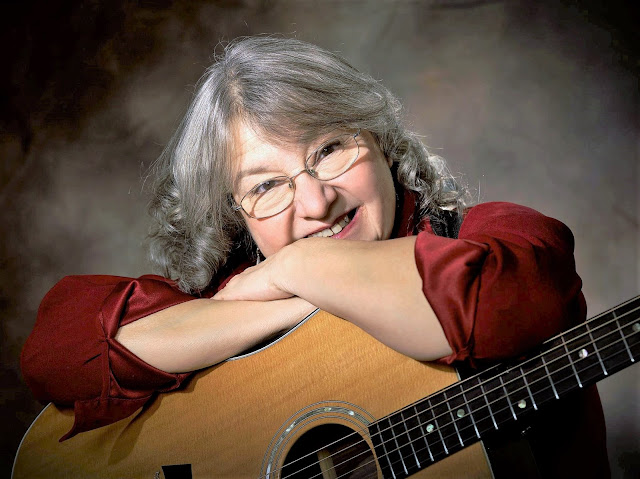 Born in Chicago to a tight knit Assyrian-American family Tricia Alexander has made a name for herself as singer, song writer, poet, teacher, social service artist, and healer/Riki master.  She toured nationally and internationally performing her acclaimed original music before settling in Lake Geneva, Wisconsin and opening a studio in Woodstock.  She still appears in the region and has performed at Tree of Life Unitarian Universalist Congregation in McHenry as a musician, guest worship leader, and at Poets in Resistance.  In 2013, she received the Woodstock Folk Festival’s Lifetime Achievement Award.

Alexander has released several CDs most recently We Are the People in 2014.  Her most recent poetry collection, Hymns to Her came out in 2018,  Information on these, other releases, and her workshops can be found on her website.

Tricia shared this yesterday on Facebook.  She wrote “I wrote this poem over 20 years ago & I  share it today  in honor of Biden’s declaration” finally recognizing the Assyrian and Armenian genocides of the early 20th Century.

The Assyrian Genocide occurred during the First World War. Sometimes referred to as the Seyfo, or Sword, between 1914-1920 the Muslim Ottoman Army, along with allied Muslim civilians, mercenaries, and soldiers, attacked civilians attempting to flee the conflict.  By the end of 1915, more than 100,000 Assyrians were murdered. Before the Great War World War I, there were up to 1 million Assyrians living in the Ottoman Empire. By the end of 1920, as many as 40% of the population was dead and many of the survivors forced into exile in Persia and elsewhere.  Some found their way to America and a community of Assyrians established themselves on Chicago’s North Side. 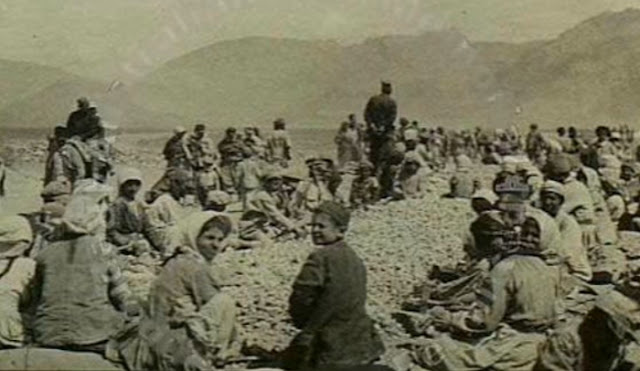 Assyrian refugees from Ottoman persecution in 1919.


Assyrian I:  My Great Grandmother

my Great Grandmother sat in the window seat

dressed in black  -  and in silence

unable to reach, to stretch, to dance

her spirit broken long ago

she carried too many miles

one foot-step at a time

falling heavy on a weeping Earth  -  her Earth

her dark garments covered her

from chin to wrist to toe-tip

still  -  the circle of silence that surrounded her

was thunderous and full

and it flowed continuously out to meet me

my Grandparents and my Father spoke to her in Assyrian

I remember straining to hear her when she answered them

Her words were the old words  -  the ancient words.

Words rich in color and texture and tone  -  and history!

I loved the sound of her voice when she spoke

soft, but not gentle

jagged-edged, but not stinging, not wounding

if it had been partially cut out of her throat

or maybe just stolen from her - long ago

(especially now that I understand more

I fantasize that she ripped it out of herself long ago

deliberately -  and then, tenderly planted it there

Earth deep, in the country she loved so much

sometimes - I can even see part of her still there

defiant and growing:  rooted and strong

there  -  with the trees

and by sharing this with you

I  -  her Great Grand Daughter

remembering here and now, how they fled

half a step ahead of the massacre

can you not - almost - hear her singing?