It’s over.  The end.  All kaput.  This is the last of the National Poetry Month entries for 2021.  Powerful voices for social justice dominated.  Women, Black writers, Latinx poets, refugees, some combination dominated the month.  Dead white men got the short shrift this time around and lyric verse was hard to find.  I did not set out to plan that result, but it was probably inevitable given the dramatic year we have lived through—the devastating Coronavirus pandemic, George Floyd et al murders and the Black Lives Matter movement, political division and attempted coup d’etat, climate catastrophe, continued gun violence,  immigration and refugees.  Poets have been urgent and unafraid.  They are reclaiming a place in our culture as moral visionaries and spokes persons for the oppressed.

We will close out the month with an eclectic collection of musing on aspects of the end. 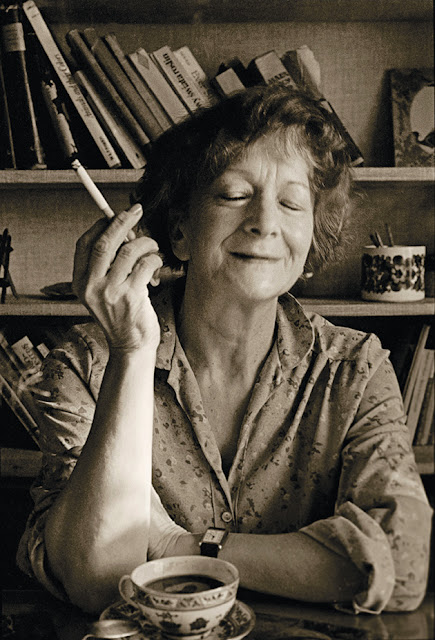 Wislawa Szymborska was the 1996 Nobel Prize Lauriat in Literature.  Her work reflected the tumultuous times she lived through in her native Poland.  She survived World War II working on the railways and narrowly avoided being sent to a Nazi forced labor camp. After the war she studied and began working as an illustrator and composing poetry.  At first she was a loyal member of the Polish United Workers’ Party—Communists—even when her first book of verse was rejected because it “did not meet socialist requirements.”  However she grew estranged and disconnected from the regime.  By 1966 she had left the party and had established connections with underground dissidents.  In the ‘80’s here work was being published in the underground samizdat periodical Arka under the pseudonym Stańczykówna, as well as to the Paris-based opposition magazine Kultura. When she died at her long-time Kraków home in 2012 at the age of 88 she was mourned as national treasure.

The End and the Beginning

After every war
someone has to clean up.
Things won’t
straighten themselves up, after all.

Someone has to push the rubble
to the side of the road,
so the corpse-filled wagons
can pass.

Someone has to get mired
in scum and ashes,
sofa springs,
splintered glass,
and bloody rags.

Photogenic it’s not,
and takes years.
All the cameras have left
for another war.

We’ll need the bridges back,
and new railway stations.
Sleeves will go ragged
from rolling them up.

Someone, broom in hand,
still recalls the way it was.
Someone else listens
and nods with unsevered head.
But already there are those nearby
starting to mill about
who will find it dull.

From out of the bushes
sometimes someone still unearths
rusted-out arguments
and carries them to the garbage pile.

Those who knew
what was going on here
must make way for
those who know little.
And less than little.
And finally as little as nothing.

In the grass that has overgrown
causes and effects,
someone must be stretched out
blade of grass in his mouth
gazing at the clouds. 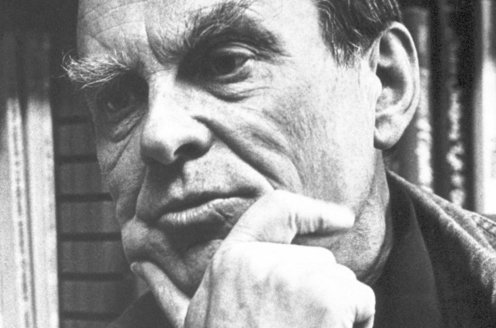 Another Eastern European—they seem drawn to such themes—Czesław Miłosz was Lithuanian by ethnicity and a Polish citizen by accident of the map.  During World War II he was part of an underground socialist movement in Poland and was later honored as one of the Righteous Among the Nations by Israel.  After the war he rose to become Polish Minister of Culture but was soon disillusioned by Stalinism and defected to the West settling in the United States where he became a distinguished academic and continued to write poetry.  When he received the Nobel Prize for Literature in 1980 most Poles and Lithuanians had never heard of him because his work had long been banned.  Later he was hailed as a hero.  But in death Polish right wingers threatened to disrupt his funeral because he had not publicly—although he had privately—reconciled with Catholicism and because he had signed public statements defending the rights of Gay and Lesbians.

A Song on the End of the World

On the day the world ends
A bee circles a clover,
A fisherman mends a glimmering net.
Happy porpoises jump in the sea,
By the rainspout young sparrows are playing
And the snake is gold-skinned as it should always be.

On the day the world ends
Women walk through the fields under their umbrellas,
A drunkard grows sleepy at the edge of a lawn,
Vegetable peddlers shout in the street
And a yellow-sailed boat comes nearer the island,
The voice of a violin lasts in the air
And leads into a starry night. Americans are not immune from end of time musings.  John Haines, once the Poet Laureate of Alaska, mulled on the close of a century and millennium.

A Poem for the End of the Century

I am the dreamer who remains
when all the dreams are gone,
scattered by the millennial winds
and sacked by the roadside.

The solar clock hand stopped:
confusion and fury on the street

—so much idle paper
shredded and tossed aside.

The small, dim shops of the tourist
trade are shuttered and locked ...
Nightfall, and the buyer turns away.

One more stolen fortune spent:
another century gone
with its fits and desolations—
I leave my house to the creditor wind.

Tell me if you know my name,
whose face I wear, whose stored-up
anger fades to a tentative smile.

I am the one who touches fire,
who rakes the leaves to watch them burn,
and who says once more to himself
on this calm evening of earth:

Awake! The stars are out,
mist is on the water,
and tomorrow the sun will return. 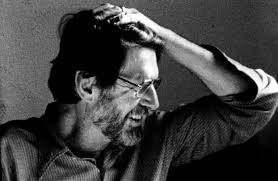 The gifted poet Robert Creeley probably had better days than when he wrote this.  Actually folks were rather fond of him.

When I know what people think of me

I am plunged into my loneliness.  The grey

I have no purpose no longer distinguishable. 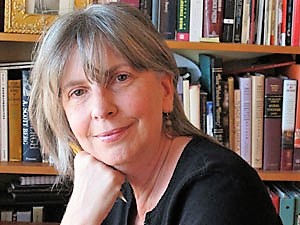 And finally, there is love.  Yes, it too has to end.  Often sloppily.  Or does it Jan Heller Levi wonders….

Waiting for This Story to End Before I Begin Another

All my stories are about being left,

all yours about leaving. So we should have known.

Should have known to leave well enough alone;

we knew, and we didn’t. You said let’s put

our cards on the table, your card

was your body, the table my bed, where we didn’t

get till 4 am, so tired from wanting

what we shouldn’t that when we finally found our heads,

we’d lost our minds. Love, I wanted to call you

so fast. But so slow you could taste each

letter licked into your particular and rose-like ear.

for the precious v between your deep breasts

(and the virtue of your fingers

in the voluptuous center of me.)

Dawn broke, or shattered. Once we’ve made

But not so wrong to try.

That means taking a lot of walks,

which neither of us is good at,

for different reasons, and nights up till 2

arguing whose reasons are better.

Time and numbers count a lot in this. 13

years my marriage. 5 years you my friend.

4th of July weekend when something that begins

in mist, by mistake (whose?), means too much

has to end. I think we need an abacus to get our love

on course, and one of us to oil the shining rods

so we can keep the crazy beads clicking,

clicking. It wasn’t a question

of a perfect fit. Theoretically,

it should be enough to say I left a man

to leave it at that. Oh, lazy world) and when the woman

lost her nerve, I left

were useful, I used them, I confess. So I get

what I deserve: a studio apartment he paid the rent on;

bookshelves up to the ceiling she drove

the screws for. And a skylight I sleep alone

beneath, and two shiny quarters in my pocket

twice. Once, twice, I threatened to leave him—

remember? Now that I’ve done it, he says

he doesn’t. I’m in a phonebooth at the corner of Bank

and Greenwich; not a booth, exactly,

but two sheets of glass to shiver between.

This is called being street-smart: dialing

a number that you know won’t be answered,

but the message you leave leaves proof that you tried.

And this, my two dearly beloveds, is this called

hedging your bets? I fish out my other

coin, turn it over in my fingers, press

it into the slot. Hold it there. Let it drop.

Posted by Patrick Murfin at 7:12 AM