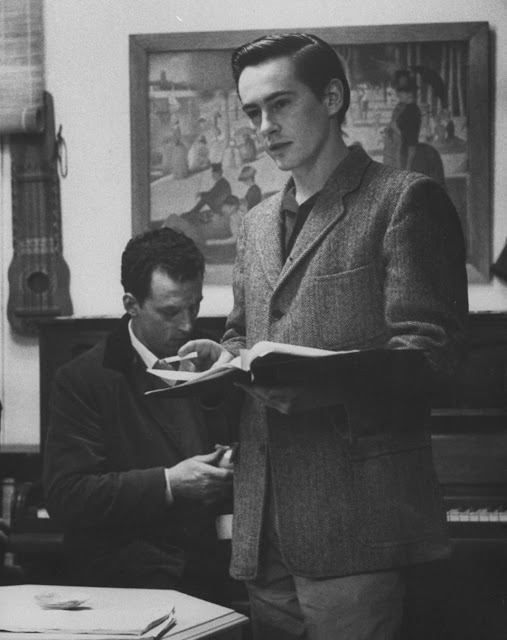 Michael McClure reading in 1957, two years after his debut at Gallery Six in San Francisco.

Michael McClure was there—an attendant the birth when the squalling slippery babe nearly fell to the floor before ardent arms saved it.  Which is to say that he was one of the five young, obscure poets who read in the smoky confines of San Francisco’s Gallery Six on October 7, 1955. That was the famed event where Kenneth Rexroth, a Bay Area bohemian bard of an earlier generation, introduced largely unheralded young poets Allen Ginsberg, Philip Lamantia, Gary Snyder, Philip Whalen, as well as McClure.  Famously it is where Ginsberg first read Howl.  A drunk Jack Kerouac refused to read his own work but cheered the other poets on, shouting “Yeah! Go! Go!” during their performances. It was a memorable moment and was almost instantly mythologized as the “Birth of the Beat.”

McClure went on to be a continued counter-cultural presence in the Rock & Roll era hobnobbing and collaborating with the likes of Bob Dylan, the Doors, and others. 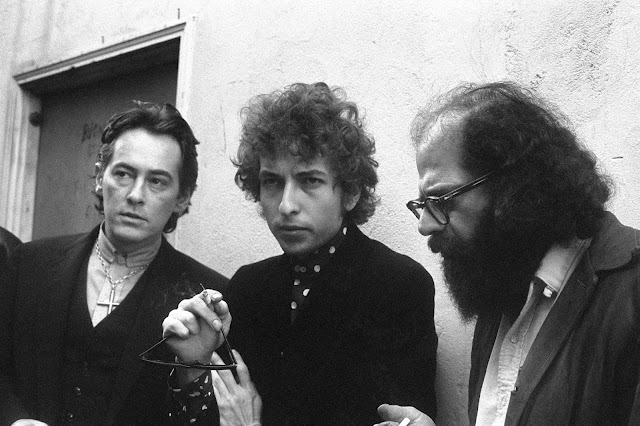 McClure with Bob Dylan and Ginsberg in the late '60s.


McClure, poet, playwright, novelist, and documentary filmmaker was born in Marysville, Kansas on October 20, 1932 and raised there and in Seattle. He was educated at the University of Wichita, the University of Arizona, and San Francisco State College—where he studied with poet Robert Duncan. 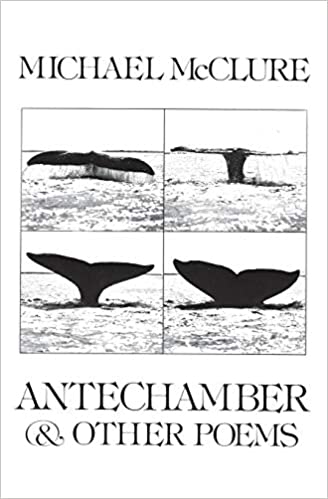 One of McClure's many books of verse.


“McClure’s poetry combined spontaneity, typographical experimentation, Buddhist practice, and body language in performance to merge the ecstatic and the corporeal,” according to his Poetry Foundation bio.  Publishers Weekly noted of his work, “McClure infuses ecstatic direct address and colloquial diction with an exquisite sensibility, one that reveals the world in its ordinary complex gorgeousness.”  He frequently performed his poetry with musical collaborators, including composer Terry Riley, and recorded several CDs with Doors keyboardist Ray Manzarek.

He wrote more than 20 plays and musicals, several television documentaries, and the song Mercedes Benz, which was made famous by Janis Joplin. His 1965 play The Beard, which depicted an imagined sexual encounter between Jean Harlow and Billy the Kid, gained notoriety when it was unsuccessfully brought to trial on charges of obscenity.  Kerouac based the character Pat McLear on him in his autobiographical novel Big Sur.

McClure's honors included a fellowship from the Guggenheim Foundation, a grant from the National Endowment for the Arts, the Alfred Jarry Award, a Rockefeller grant for playwriting, and an Obie Award for Best Play.

McClure was even honored on a postage stamp.

McClure taught poetry at California College of the Arts for over 40 years. He lived in Oakland with his wife, the sculptor Amy Evans McClure, before his death on May 4, 2020 in 2020 at age 87.

McClure burst on the scene reading this poem at the Gallery Six event.

For the Death of 100 Whales

In April, 1954, Time magazine described seventy-nine bored American G.I.s stationed at a NATO base in Iceland murdering a pod of one hundred killer whales. In a single morning the soldiers, armed with rifles, machine guns, and boats, rounded up and then shot the whales to death.

The liners boiled their pastures:

The liners of flesh,

Brains the size of a teacup

Mouths the size of a door

Mowers and reapers of sea kine.

Shot from the sea’s bore.

Gnashed at their tails and brothers

Snapped at the sun,

Ran for the Sea’s floor. 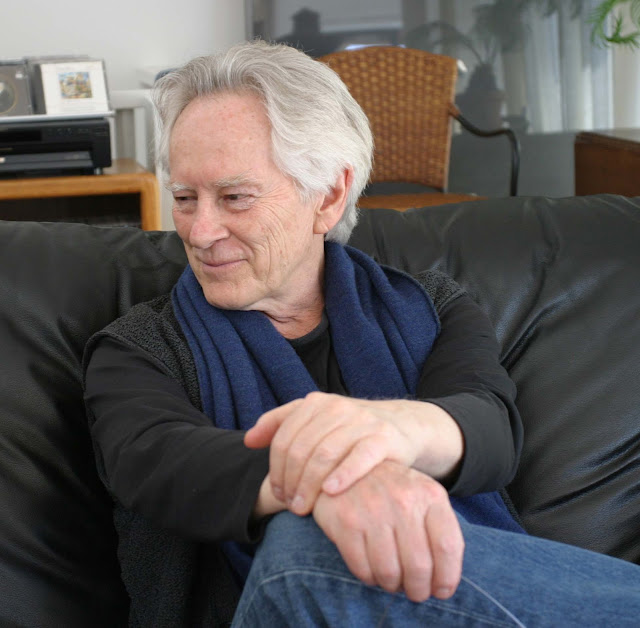 McClure mature.  He would have enjoyed the rhyme.

The Chamber, dedicated to Kerouac, was included in McClure’s Of Indigo and Saffron: New and Selected Poems published in 2011.

IN LIGHT ROOM IN DARK HELL IN UMBER IN CHROME,

of arm leg and tongue. In reflections of gold

light. Tints and flashes of gold and amber spearing

seen in the clear bright light. It is not night

and night too. In Hell, there are stars outside.

And long sounds of cars. Brown shadows on walls

of the room. I sit or stand

wanting the huge reality of touch and love.

In the turned room. Remember the long-ago dream

of stuffed animals (owl, fox) in a dark shop. Wanting

only the purity of clean colors and new shapes

I WOULD CRY FOR THEM USELESSLY

I have ten years left to worship my youth

IN DARK HELL IN LIGHT ROOM IN UMBER AND CHROME I

feel the swell of

smoke the drain and flow of motion of exhaustion, the long sounds of cars

on the wall. I sit or stand. Caught in the net of glints from corner table to

from knob to floor, angles of flat light, daggers of beams. Staring at love’s face.

The telephone in cataleptic light. Marchflames of blue and red seen in the

I see myself—ourselves—in Hell without radiance. Reflections that we are.

The long cars make sounds and brown shadows over the wall.

I am real as you are real whom I speak to.

I raise my head, see over the edge of my nose. Look up

and see that nothing is changed. There is no flash

to my eyes. No change to the room.

The strain of desire is only a heroic gesture.

An agony to be so in pain without release

when love is a word or kiss.