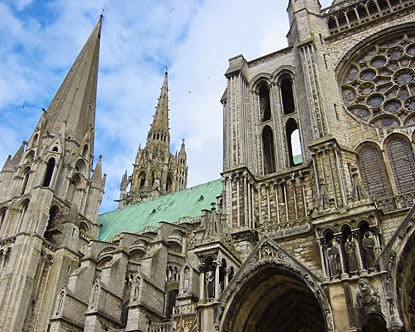 Although the statisticians tell us we do it in ever dwindling numbers, many of us are still off to church this Sunday morning—or would be except for Coronavirus precautions observed in many places and to various degrees.  I have not stepped foot in my own church, the Tree of Life Unitarian Universalist Congregation in McHenry, Illinois since mid-March of last year.  But I haven’t missed a Zoom service in all of that time until today when I ironically have my second vaccine shot scheduled.  A lot of other folks have Zoomed it as well.  In fact our log-in attendance has actually been greater than our usual in-person services.  Perhaps the pandemic will permanently change how many of us worship and how tightly tethered we will remain to our brick and mortar temples.

Even before the emergency there was an ongoing theological debate about whether the church is the building or the congregation.  Let’s split the difference and say it’s both. 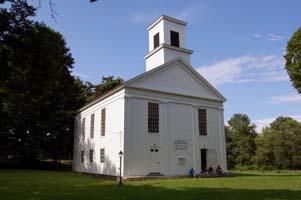 Many Protestants, especially those in the Calvinist tradition, preferred simple austerity in church architecture in which to contemplate God like this  Colonial New England Meeting House.


The buildings in which we gather and worship tell us a lot about the folks therein and perhaps their expectations and hopes.  Should the building be a hymn and monument to God, or should it be a humble house for the faithful?  Christianity has tugged us both ways.

Here are three takes on that. 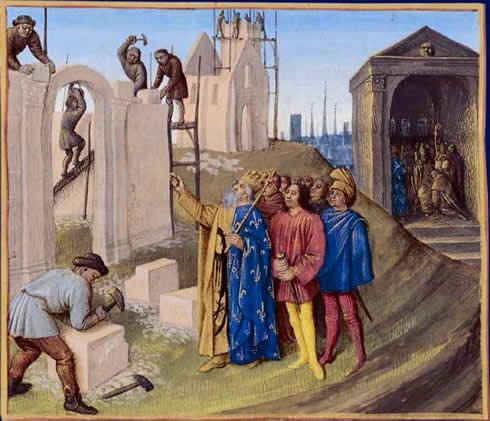 The 20th Century Welch poet John Ormond considered the masons and laborers who spent their whole lives building temples that their grandchildren might not see completed.

They climbed on sketchy ladders towards God,
with winch and pulley hoisted hewn rock into heaven,
inhabited the sky with hammers,
defied gravity,
deified stone,
took up God’s house to meet him,
and came down to their suppers
and small beer,
every night slept, lay with their smelly wives,
quarrelled and cuffed the children,
lied, spat, sang, were happy, or unhappy,
and every day took to the ladders again,
impeded the rights of way of another summer’s swallows,
grew greyer, shakier,
became less inclined to fix a neighbour’s roof of a fine evening,
saw naves sprout arches, clerestories soar,
cursed the loud fancy glaziers for their luck,
somehow escaped the plague,
got rheumatism,
decided it was time to give it up,
to leave the spire to others,
stood in the crowd, well back from the vestments at the consecration,
envied the fat bishop his warm boots,
cocked a squint eye aloft,
and said, “I bloody did that.” 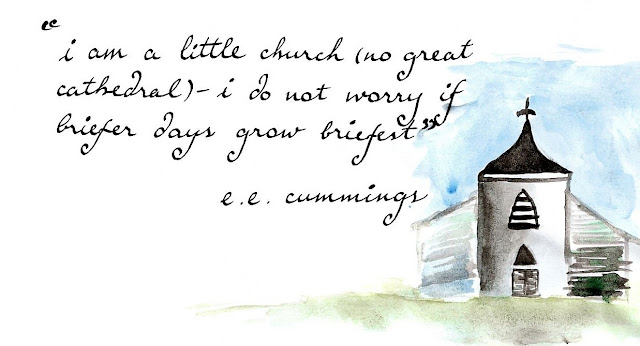 The American poet E. E. Cummings was the son of noted and scholarly Unitarian minister.  In his youth he rebelled against his father and his religion.  Late in life he reconsidered and re-connected with Unitarianism.  It was during that period he wrote this.

I am a little church (no great cathedral)

i am a little church (no great cathedral)

far from the splendor and squalor of hurrying cities

-i do not worry if briefer days grow briefest

i am not sorry when sun and rain make april

my life is the life of the reaper and the sower

my prayers are prayers of earth's own clumsily striving

(finding and losing and laughing and crying) children

whose any sadness or joy is my grief or my gladness

around me surges a miracle of unceasing

birth and glory and death and resurrection:

over my sleeping self float flaming symbols

of hope and i wake to a perfect patience of mountains

i am a little church (far from the frantic

world with its rapture and anguish) at peace with nature

-i do not worry if longer nights grow longest;

i am not sorry when silence becomes singing

winter by spring, i lift my diminutive spire to

merciful Him Whose only now is forever:

standing erect in the deathless truth of His presence

(welcoming humbly His light and proudly His darkness) 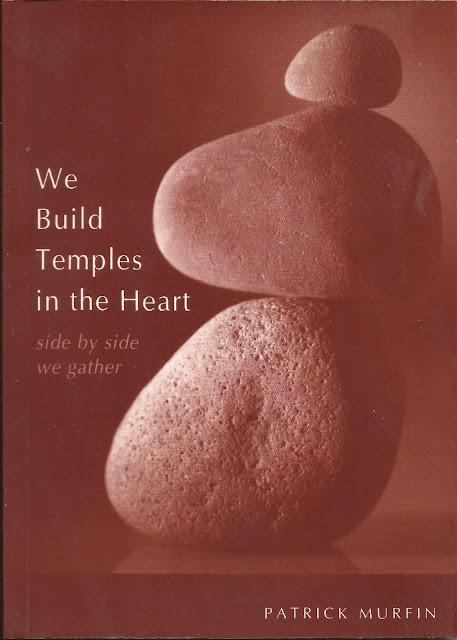 And finally, one from the Old Man,  the title poem in fact of my 2004 Skinner House collection.  This is the original version, slightly longer than it appeared in the book

We Build Temples in the Heart

We have seen the great cathedrals,

carved and cared for

by centuries of certain hands,

to raise the cry of faith

to the One and Only God,

amid the temple bells and incense.

We have seen the tumbled temples

half buried in the sands,

even seen the wattled huts,

But here, we build temples in our hearts

there the spinning prayer wheels

mix the mortar of the scattered dust

of the Holy of Holies

with the sacred water

on the blocks of Angkor Wat

for strength of reason,

and the brilliant lamps of science.

Yes here, we build temples in our hearts,

scavenging the ages for wisdom,

cobbling together as best we may,

the fruit of a thousand altars,

sinking firm foundations in the earth

as we reach for the heavens.

Here, we build temples in our hearts,

a temple for each heart,

a village of temples,