Billy Collins on Living in the Now—National Poetry Month 2021

In pop culture spirituality living in the now is always sun-drenched and ecstatic.  Not all my moments can live up to this expectation.  But I may be to shallow for the deeper implications.

For at least the last couple of decades the most common spiritual advice must have been some variant on the need to live in the now.  Forget the past, the wisdom goes—you can’t change or do anything about it and you certainly can’t go back to it.  Likewise, don’t dwell on the future—no matter your dreams, no matter how carefully you have planned, there is no way to insure your hopes or on the other hand avoid your greatest dread.  Be content  to be present in the moment you are living now the only time in which your actions or inactions make reality.

The advice is grounded in Buddhist thought and practice but has spread broadly to all sorts of New Age Spirituality, liberal Christianity, some Jews who find similar teaching in the Talmud, and even among the so-called Nones and Brights who ordinarily brook no truck “mystictristic bull shit” and see it as a refutation of prayer and divine intervention and an affirmation that humans hold their lives in their own hands.  Since my own Unitarian Universalists include all of those folks, it is no surprise that it is a regular sermon topic.

In addition to meditation sessions, Sunday services, spiritual essays, and self-help books the message can be found on wall plaques, coffee mugs, and social media memes. 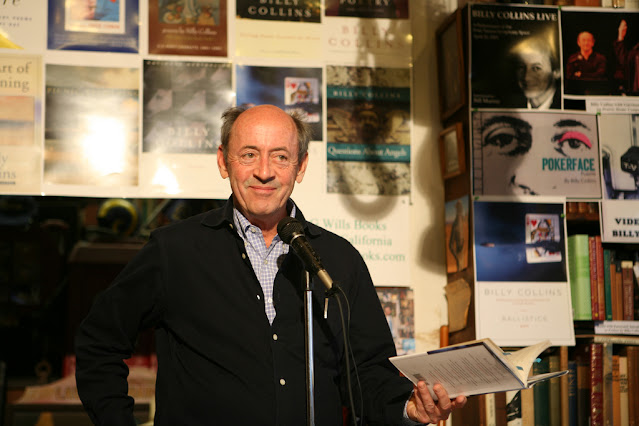 All very well and good.  It makes a lot of sense in many ways.  But I have found it somewhat off-putting, perhaps because I am a half-assed historian and sometime memoirist who loves old songs, old books, and old movies.  I am also, or was as a younger man a master of the day dream and spinner of all manner of future glories none of which ever came to pass but were pleasant to contemplate.  But I could not quite put my finger on my discomfort until Billy Collins recently provided me with an ah-haw moment.

Collins is one of the best loved and most widely read contemporary American poets.  He was an exceptionally high profile United States Poet Laureate from 2001-03.  He disdains obscurity and embraces a plain spoken, conversational style.  To read, or better yet listen to him read one of his pieces is to feel that you are engaged in a wonderful conversation with a witty friend. His topics are often seemingly mundane, reflecting on ordinary life and its sometimes surprises.  He stands outside any literary movement.  All of this has made him suspect to many academics, some of whom seem to regard widespread popularity with general readers as proof of shallowness. 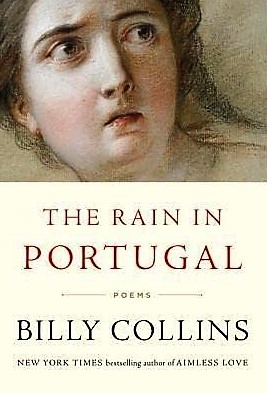 But Collins can take those common place topics and give them an unexpected spin often with wry humor.  The Present from his 2016 Random House collection The Rain in Portugal precisely echoed the feelings I had but could not express.  That’s what great poets do.

Much has been said about being in the present.

It’s the place to be, according to the gurus,

but no one, it seems, is able to give you directions.

It doesn’t seem desirable or even possible

to wake up every morning and begin

leaping from one second into the next

until you fall exhausted back into bed.

Plus, there’d be no past

with so many scenes to savor and regret,

and no future, the place you will die

but not before flying around with a jet-pack.

The trouble with the present is

that it’s always in a state of vanishing.

Take the second it takes to end

this sentence with a period––already gone.

What about the moment that exists

between banging your thumb

with a hammer and realizing

you are in a whole lot of pain?

What about the one that occurs

after you hear the punch line

but before you get the joke?

Is that where the wise men want us to live

in that intervening tick, the tiny slot

that occurs after you have spent hours

searching downtown for that new club

and just before you give up and head back home?