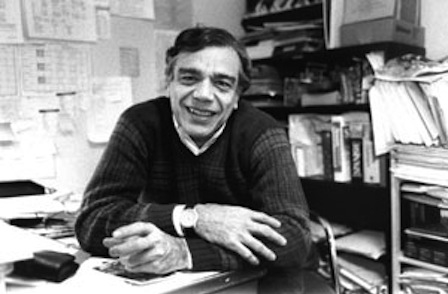 After all of these years Chicano Poet Tino Villanueva has something to say to us. One of the founding fathers of Mexican-American cultural scene of the 1960s and 70s he not only wrote powerful, personal poetry about identity and struggle, he mentored many others and guided careers as a teacher and an editor/publisher.

Villanueva was born in 1941 to a San Marcos, Texas to a family of migrant workers. He was drafted into the Army and served for two years as a supply clerk in the Panama Canal Zone where he became immersed in Hispanic literature, reading Rubén Darío and José Martí. Back in the States  he attended Southwest Texas State University on the GI Bill a MA at the State University of New York at Buffalo, and a PhD at Boston University. 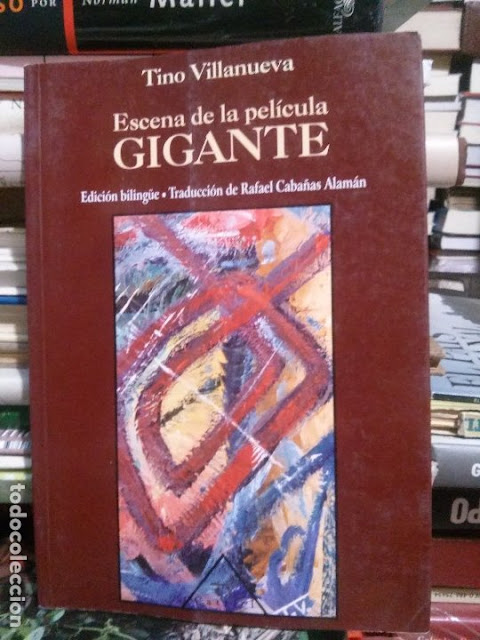 The Spanish edition of Scene from the Movie GIANT.


Writing in both Spanish and English, often sliding effortlessly between the two languages, Villanueva wrote poems exploring themes of memory, longing, and history. He is the author of several poetry collections, including Hay Otra Voz: Poems (1972):  Scene from the Movie GIANT (1993); and So Spoke Penelope  (2013). He translated Luis J. Rodríguez’s La Llaman América (1998), and his own poems have been translated into Italian, French, German, Portuguese, Greek, and Korean.

Villanueva’s more recent work has shifted to finding new meaning in tales from Greek mythology. He has also exhibited his paintings. Now in retirement in Boston a selection of his papers is held at the Wittliff Collections at Texas State University.

You, If No One Else is one of those poems that found new life amid the activism stirred by the Black Lives Matter movement, climate change, gun violence, and the defense of democracy when it was under siege by Trumpism.  All of those movements have quoted or made memes of this poem.

You, If No One Else

who transformed your anguish

where your memory is.

defend everything you understand

You, if no one else,

will condemn with your tongue

the erosion each disappointment brings.

You, who saw the images

will understand how time

you, who gave yourself

know better than anyone

why you turned your back

on your town’s toughest limits.

the most persistent truth,

as our hard-headed brethren

in winter, and that

up in your clothes.

Tell how you were able to come

to this point, to unbar

to see your early years

your people, the others.

Rebellion’s calm spirit has served you,

and how you came

to unlearn the lessons 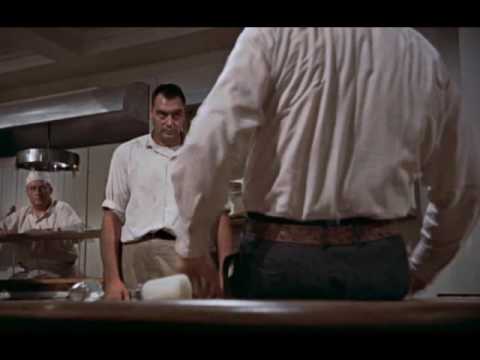 Rock Hudson as the family patriarch in the Giant confronts a racist diner owner who has insulted his son's Chicana wife and brown baby in the climatic sene from the sprawling epic.  It was a deeply personal experience for Villanueva.

Fight Scene Beginning was a breakthrough verse for Villanueva and appeared in Scene from the Movie GIANT a collection which was published in English and Spanish versions.  The English edition won the American Book Award in 1994.

Bick Benedict, that is, Rock Hudson in the

Time-clock of the movie, stands up and moves,

Deliberate, toward encounter. He has come out

Coming out of the unreal into the world of

What’s true, down to earth and distinct; has

Stepped up to Sarge, the younger of the two,

And would sure appreciate it if he: “Were a

Who has something to defend, balks; asks

(In a long-shot) if: “that there papoose down

There, his name Benedict too?,” by which he

Booth hidden in the bosom of mother love of

Juana, who listens, trying not to listen. Rock

Hudson, his hair already the color of slate,

Who could not foresee this challenge, arms

Akimbo (turning around), contemplates the stable

And straight line of years gone by, says: “Yeah,

Come to think of it, it is.” And so acknowledges,

In his heart, his grandson, half-Anglo, half-

Brown. Sarge repents from words, but no

Part of his real self succumbs: “All right—

Forget I asked you. Now you just go back

Over there and sit down and we ain't gonna

Have no trouble. But this bunch here is

Gonna eat somewhere’s else.” Never shall I

Forget, never how quickly his hand threw my

Breathing off—how quickly he plopped the

Hat heavily askew once more on the old

A no-thing, who could have been any of us,

Off somewhere, not here, but in another

Deepens; where in one motion, swift as a

His arm somehow, tumbles him back against

The counter and draws fire from Sarge to

Begin the fight up and down the wide screen

Of memory, ablaze in Warner-color light.

Posted by Patrick Murfin at 6:39 AM

Email ThisBlogThis!Share to TwitterShare to FacebookShare to Pinterest
Labels: American Book Award, Chicano literature, National Poetry Month, San Marcos Texas, Scene from the Movie GIANT, Tino Villanueva, You If No One Else