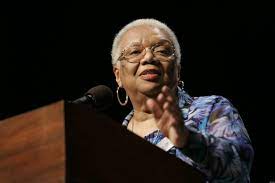 Shaking the maple pollen and cottonwood seeds out of our hair it is apparent that we are not yet done with the Earth, trees, and the puny human creatures who live with them.  Lucille Clifton, the gifted late writer and former Poet Laureate of Maryland from 1979 to 1985 gave it serious consideration.

Clifton was born in Depew, New York on June 27, 1936. Her first book of poems, Good Times was rated one of the best books of the year in 1969 by the New York Times.

She was employed in state and federal government positions until 1971, when she became a writer in residence at Coppin State College in Baltimore where she completed two more collections—Good News About the Earth in 1972 and An Ordinary Woman in 1974;  Her other collections include Two-Headed Woman 1980 which was a Pulitzer Prize nominee as well as the recipient of the University of Massachusetts Press Juniper Prize;  Good Woman: Poems and a Memoir 1969-1980 in 1987 which was nominated for the Pulitzer Prize; and Blessing the Boats: New and Selected Poems 1988–2000 which won the National Book Award.

Clifton was also the author of Generations: A Memoir in 1976 and more than sixteen books for children, written expressly for an African-American audience. 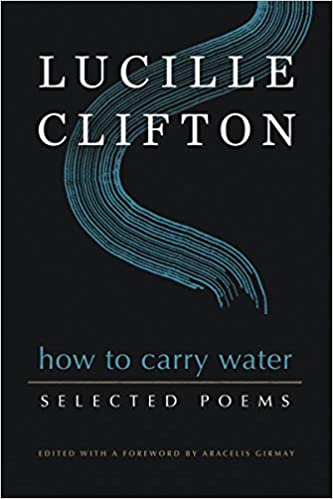 How to Cary Water published last year was a posthumous collection.

Her honors include an Emmy, a Lannan Literary Award, two fellowships from the National Endowment for the Arts, the Shelley Memorial Award, the YM-YWHA Poetry Center Discovery Award, and the 2007 Ruth Lilly Prize.

In 1999, she was elected a Chancellor of the Academy of American Poets. and was Distinguished Professor of Humanities at St. Mary’s College of Maryland.

After a long battle with cancer, Lucille Clifton died on February 13, 2010, at the age of seventy-three. 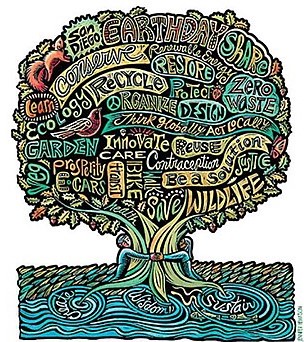 people who are going to be

in a few years

bear a responsibility to something

if it was only

it would be different

it wouId be just

this business of war

these war kinds of things

are erasing those natural

stood on no hind legs

did their own things

and the generations of rice

from How to Carry Water: Selected Poems. Copyright © 1969,

Posted by Patrick Murfin at 5:39 AM