Today is the 51st anniversary of Earth Day and as is our custom we celebrate with verse.  We are featuring three very different poems new and old.

Baron Wormser was born in 1948 in Baltimore, Maryland.  He earned his BA from Johns Hopkins University and did graduate work at the University of California-Irvine and the University of Maine.  He spent 25 years as a librarian Madison, Maine. He has taught at the University of Maine-Farmington and, since 2009, in the MFA program at Fairfield University. Wormser served as Poet Laureate of Maine from 2000 to 2006. Hia many honors and awards include a Frederick Bock Prize and fellowships from Bread Loaf, the National Endowment for the Arts, and the Guggenheim Foundation. He is the Director of Education Outreach for The Frost Place in Franconia, New Hampshire.

His many collections of poetry include The White Words (1983); When (1997), which won a Kathryn A. Morton Prize in Poetry; Subject Matter (2003); Scattered Chapters: New & Selected Poems (2008); and Impenitent Notes (2010).  He has also penned a novel, short story collection, a memoir of the years he and his family spent living off the grid in Maine, and non-fiction books on poetry in education. 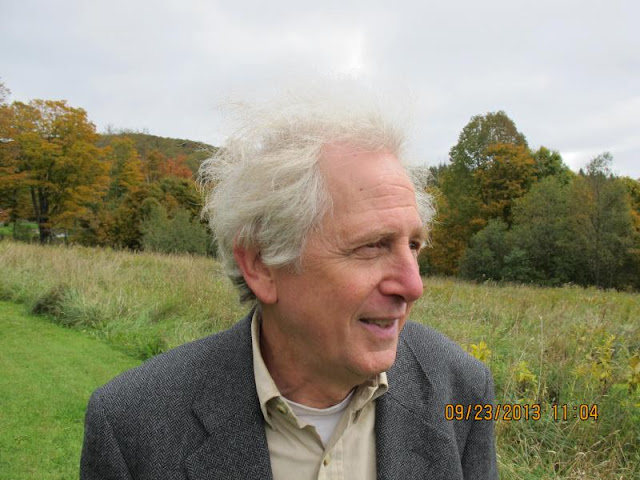 A Quiet Life is certainly an unconventional Earth Day poem, but speaks deeply to me and invokes the complex Web of Existence so beloved by Unitarian Universalists and extends it beyond the biosphere.

What a person desires in life

is a properly boiled egg.

This isn’t as easy as it seems.

There must be gas and a stove,

banks that dispense the lozenge of capital.

There must be a pot, the product of mines

and furnaces and factories,

of women in kerchiefs and men with

Then water, the stuff of clouds and skies

and God knows what causes it to happen.

There seems always too much or too little

of it and more pipelines, meters, pumping

And salt-a miracle of the first order,

the ace in any argument for God.

Only God could have imagined from

nothingness the pang of salt.

Political peace too. It should be quiet

when one eats an egg. No political hoodlums

knocking down doors, no lieutenants who are

ticked off at their scheming girlfriends and

take it out on you, no dictators

It should be quiet, so quiet you can hear

the chicken, a creature usually mocked as a type

of fool, a cluck chained to the chore of her body.

Listen, she is there, pecking at a bit of grain

that came from nowhere.

from Scattered Chapters. © 1997 by Baron Wormser. 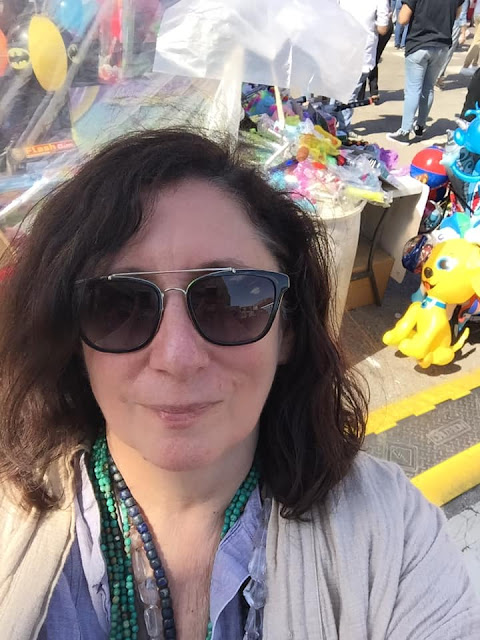 Stephanie Arena is a poet, writer, editor, and artist living in Chicago.  She is also an adventurous world traveler—she rode a yak in Nepal—and a Buddhist and general spiritual seeker.  She attended my old school Shimer College and got an  M.A. in Mass Communications, Writing, Video Art at the University of Illinois Chicago.

Alaya is an Indian name most often associated with the Buddhist term ālaya-vijñāna which roughly translates to the “storehouse consciousness.”

The system regenerates and lets go of man

And violates special and miraculous things

The shadow of this is a memory of time

The next moment remembrance

We need platitudes of life within ourselves

As kingdoms of come, of jubilation

No one knows what life is, a tumbledown shack or a jeweled palace

I need to protect you and love you earth

Stars are here and they blaze on, stardust falls and it lights the eternal way

The way of earth and time and timelessness

Alaya I lay a lei at your feet. 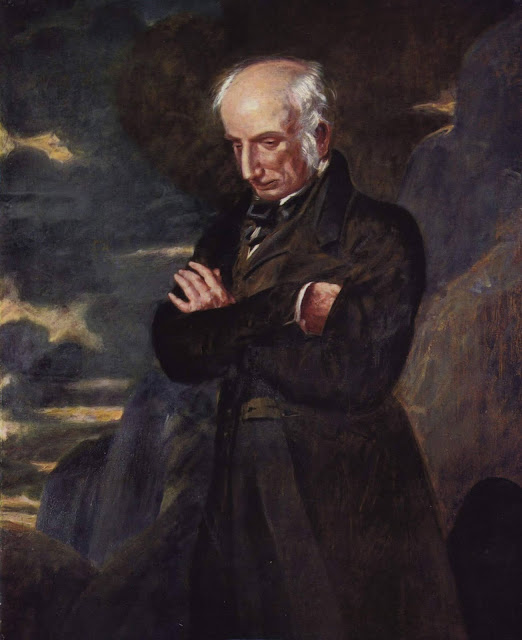 This year our National Poetry Month series has been particularly light on old dead white males.  None are deader than William Wadsworth often considered the god father of English Romantic poetry.  He often enthused about nature and the beautiful Lake District where he lived most famously in his verse Daffodils.  This poem plows that ground but is a useful reminder to us now so concerned with the science and technology of trying to save the Earth from eminent destruction to literally take time to smell the flowers.

UP! up! my Friend, and quit your books;

Up! up! my Friend, and clear your looks;

Why all this toil and trouble?

The sun, above the mountain's head,

Through all the long green fields has spread,

How sweet his music! on my life,

There’s more of wisdom in it.

And hark! how blithe the throstle sings!

He, too, is no mean preacher:

Come forth into the light of things,

Let Nature be your teacher.

She has a world of ready wealth,

Our minds and hearts to bless—

One impulse from a vernal wood

May teach you more of man,

Of moral evil and of good,

Than all the sages can.

Sweet is the lore which Nature brings;

Mis-shapes the beauteous forms of things:—

We murder to dissect.

Enough of Science and of Art;

Close up those barren leaves;

Come forth, and bring with you a heart

That watches and receives.

Posted by Patrick Murfin at 9:27 AM