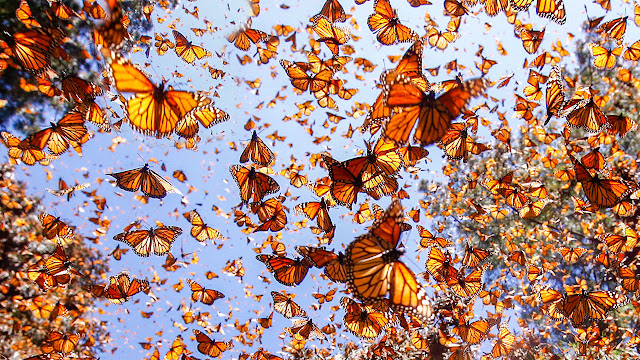 In better times, Monarch in migration.

They said a couple of years ago Monarch butterflies are making a comeback of sorts.  My nature loving Facebook friends, who notice such things, commented from several locations and posted photos.  But before the celebration for the gets out of hand, ecologists, who should know, expressed concerns about long-range climate change, habitat destruction and the particularly egregious bulldozing of the National Butterfly Center in Mission, Texas, a critical preserve, to make way for the Former Resident’s beloved border wall.  This year severe drought conditions in Mexico, Texas, and other areas along the Monarch’s long migratory path including northern Illinois has stunted and delayed the growth of milkweed, their only food source.

In 2015 Lisa Haderlein, a McHenry County maven of the environment and preserver and restorer of the wild places posted a photo on Facebook.  It was taken outside the Starline Gallery in Harvard.  It got me to thinking…. 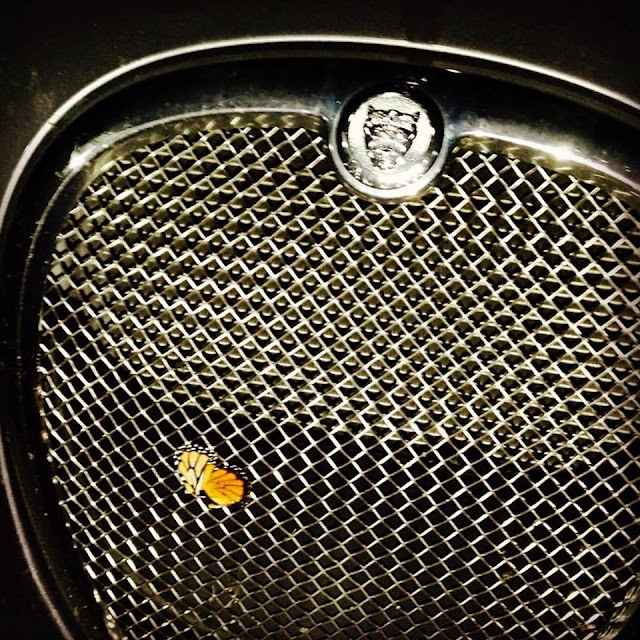 Monarchs, they say, are a dying breed.

Not the superfluous Royals of Windsor

They will disappear, too,

in their own good time

but are not our business here today.

I am talking about those golden orange and black

zephyr riding marvels that by the millions

with hints golden autumn yet to come

on their epic migrations

They are scarcer with every passing year.

Now each sighting is an adventure

flitting unexpectedly from bough to bough.

They say the warming world is to blame

which is tough on common milkweed,

the migrant’s only diet.

But if I say it aloud,

will scream that I’m a liar and a fraud

and someone will decide that after all

they are illegal immigrants

and likely terrorists to boot

and propose to build a wall net

to ensnare them lest they

A friend of mine espied one the other day

and thought to snap a photo,

but the monarch was not on wing

or resting on some rare milkweed pod,

but splatted against the gleaming grill

Think of all that horsepower

from the carbon spewing engine

that cooks the atmosphere

that kills the milkweed

yet made this assassination

Posted by Patrick Murfin at 5:50 AM