The Birthday of the You Lick ‘em U.S. Adhesive Postage Stamp 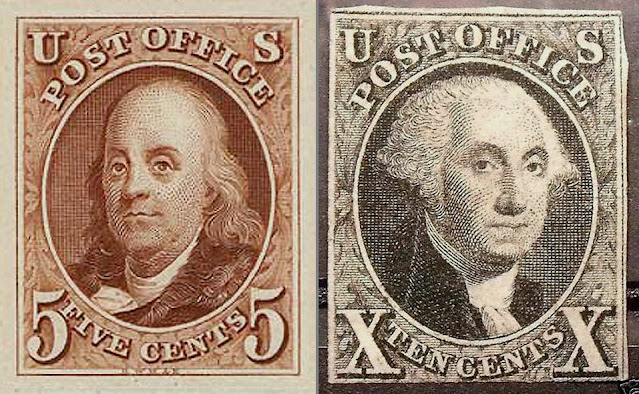 The first self-adhesive postage stamps issued by the U.S. Post Office in 1847.

On July 1, 1847, the United States Post Office issued its first official adhesive-backed postage stamps.  This was only 7 years after the world’s first stamp, the famous Penny Black, was issued by the British.  Only a handful of other countries, notably Switzerland and Brazil, had adopted pre-paid stamps.

The Post Office issued two stamps.  The 5¢ Benjamin Franklin covered the cost of a half-ounce letter addressed within 300 miles.  There was also a 10¢ stamp featuring George Washington for greater distances.  Lest you think that this was a great bargain, the 5¢ stamp would cost a little less than $1 at the current value of the Dollar.

The cost meant that most local letters were still hand delivered and that long distance ones were still often put in the hands of travelers to carry.  Still, the convenience did cause an increase in use of the Postal system and over time, with the introduction of amenities like home delivery and still later Rural Free Delivery, helped create a system that was reliable not just for personal messages, but importantly for business which boomed along with expanded postal use.

As the railroads and other means of modern transportation cut the cost of carrying the mail, the price of postage shrank both in real terms in terms of the relatively modest inflation over the next century.  In 1947, centennial of American postage, a First Class stamp good for up to one ounce cost only 3¢.  That price held steady from 1932-1958. 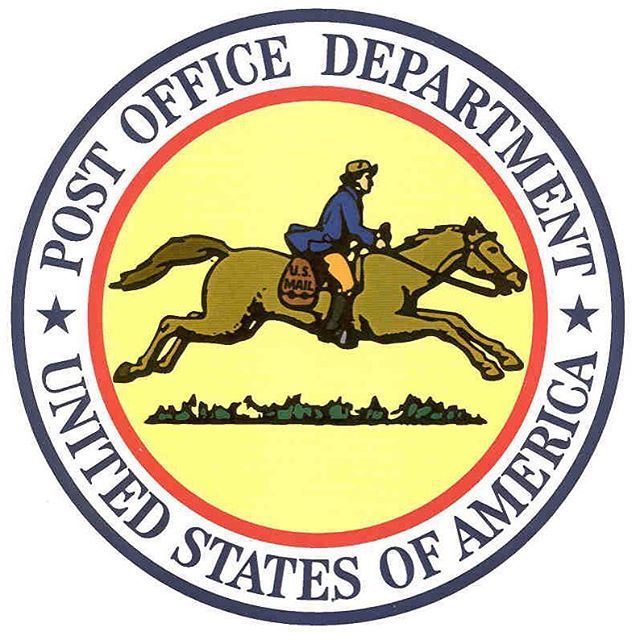 
Prices have risen steadily since then until First Class postage is now 55¢ for the first once and 20¢ for each additional ounce.

The familiar lick-em adhesive back stamps have been phased out.  The United States Postal Service, heir to the Post Office, now issues only self-adhesive stamps with peel-off backs.  But the vast majority of first class postage moves without a conventional stamp but is metered or created and printed from programs sold by the USPS. 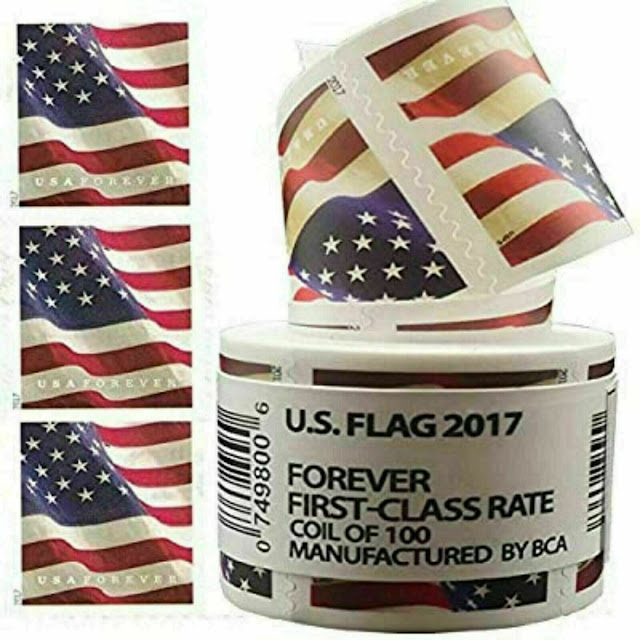 
The rise of e-mail and other electronic communications have decimated the use of letters for personal communications.  Few people get or receive personal messages by post anymore.  Many bills are now paid online or by automatic withdrawal drastically reducing both mailed bills and remittances.   The rising cost of Second and Third Class and Bulk mailings have also put a dent in advertising, as business looks for cost effective alternatives to junk mail.  Then the Postal service saw a huge fall off in use and revenue after the 2008 economic collapse.

The is in Postal Service in perpetual crisis, constantly raising prices to meet costs, saddled with a system designed for much greater volume, and considering severe cutbacks including the reduction of home delivery to four, or even three days a week.

This trend came to a head last year during the 2020 presidential campaign.  Postmaster General Louis DeJoy, an ardent mail privatizer and an investor in logistics companies with current contracts with the USPS, began a systematic dismantling of postal services including the removal of collection boxes and curtailed hours for letter carriers that predictably caused huge delays in delivery and put vote by mail in peril.  Outrage over the blatant attempt to interfere in the election caused DeJoy to walk-back some of his alleged “efficiency reforms” but other hollowing-out of the Postal Service is still on track.  President Joe Biden has fired members of the Board of Governors and will appoint replacements, but DeJoy can remain in charge for the rest of his 10 year term unless Congress intervenes. 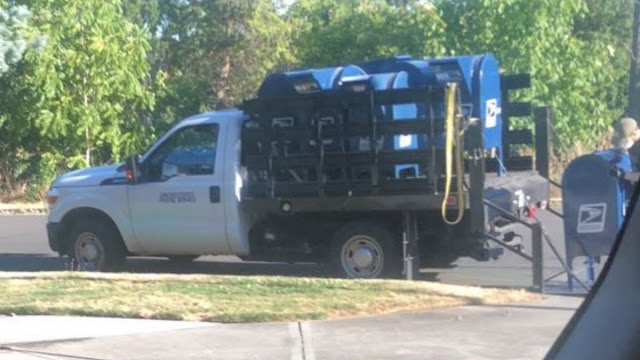 In a wreck the Postal Service/wreck democracy scheme mail collection boxes were removed from convenient locations around the country before the 2021 Federal elections.


But even with all the trouble a belt-tightened Postal Service would today be in the black and not threatened with draconian cuts.  A provision stealthily slipped into the Postal Accountability and Enhancement Act (PAEA) in 2006 by Republicans set the service up to collapse.  PAEA was a supposedly bi-partisan effort to streamline and modernize the Postal Service to meet the reality of modern needs.  It called for the closure of marginal Post Offices, increased use of automation and technology, and the commiserate reduction of personnel.  But a little noticed provision required that the Service fully pre-fund future retiree health benefits for the next 75 years within a ten-year window.   This means that the Postal Service is required to send to the U. S. Treasury $5.5 billion each September 30.   This is to pay for the future retirement health benefits of workers who haven’t even been born yet.

No other public or private health benefits system requires this kind of pre-payment.  Most are pay-as-you-go systems funding benefits for a year or two in advance.  This guaranteed that the Postal Service would go broke and into a crisis that would cause Congress to require drastic service cuts that would doom the agency.  The idea was to force the takeover of as many services as possible by private enterprise.  A major motivating factor was the prospect of decimating and ultimately destroying the unionized Postal Service workers.  The destruction of the Postal Unions would be a blow to Democrats who benefit from the support of organized labor.

The Postal Service is supposed to function as a profit making business, which is virtually impossible under the circumstances, and not as an essential public service.  So, the future of the mail—and postage stamps is open to doubt.

Posted by Patrick Murfin at 7:00 AM