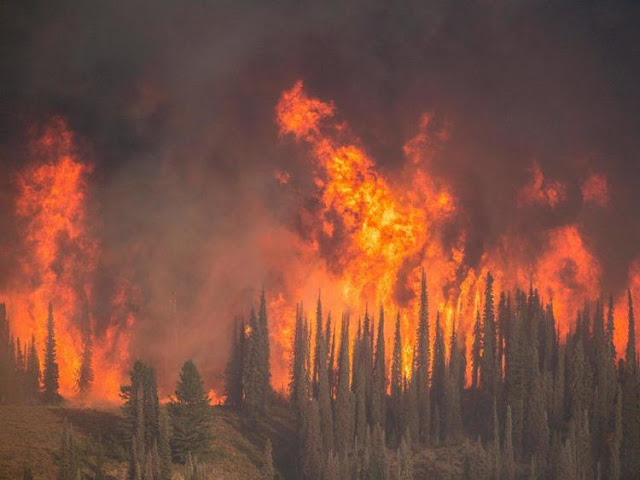 Giant wildfires like this one in Oregon rage in the West with no prospect of being put out or contained any time soon.

Two years ago the world seemed on fire with horrific wildfires across the globe and rising sea levels threatening islands and coasts.  Last year there was more of the same with fires consuming wide urban areas in California, burning old growth giant redwoods, and plunging much of the state into days of power outages.  This year wide-spread critical drought and record breaking heat set off an early Western fire season including an Oregon blaze that has already burned an area a third the size of Rhode Island and is spreading with no prospect of containment or control.  Experts think in may burn into November when snows may finally extinguish it.  Meanwhile the ash plume has spread across the continent and will girdle the Earth dimming skies but giving the scant joy of spectacular sunsets. 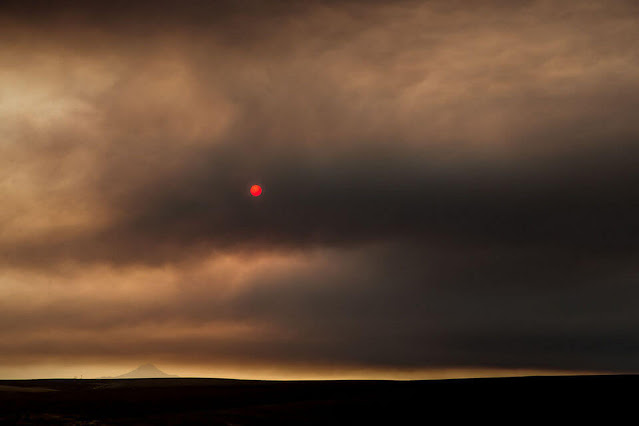 I have seen folks oohing and aahing over spectacular sunsets and red suns without realizing they are caused by wildfire smoke covering the continent.


Meanwhile epic floods have devastated much of the American South and Southeast, filled subways in New York City and China, and roared through Belgium and Germany.  New disasters and dire predictions make the news daily. 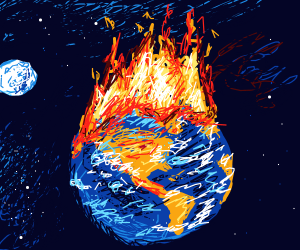 The Fire Next Time is Now

For this they willfully forget: that by the word of God the heavens were of old, and the earth standing out of water and in the water, by which the world that then existed perished, being flooded with water. But the heavens and the earth which are now preserved by the same word, are reserved for fire until the day of judgment and perdition of ungodly men.

Okay, so Biblical Prophecy is not my thing.

It gives me a rash and a headache.

But this creeps me out, you know?

Cripes look at the headlines!

Lungs of the World Ablaze in the Amazon

Maybe Peter, or whoever wrote in his name,

was onto something after all.

I don’t know exactly who is un-godly

—me probably, you maybe,

those guys over there,

but maybe the day of judgement and perdition

is on us all after all.

We failed somehow despite the warnings

of a thousand prophets, Jeremiahs, and Cassandras

who warned us over and over

to do something before it’s too late.

Is it too late really?  We beg for answers from the Holy seers.

Gagged scientists of NOAA and NASA

Greta Thunberg  and your children’s crusade

Elders of the Alaskan Nunakauyarmiut Tribe

Can we wake up, you know, like Scrooge on Christmas morning

and throw open the shutters to buy the world

a turkey and a second chance?

Probably not that easy.

But you know what’s worse?

That Bible guy said no flood this time,

but he was wrong—

the oceans rise, the world sinks