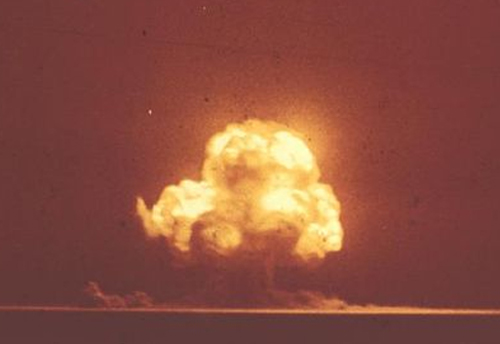 They called it the Trinity Test.  To General Leslie Groves, the Army Engineer in overall charge of the Manhattan Project, the name was useful because it was so “generic” that should enemy intelligence services catch wind of it there would be no clue as to what was actually taking place.  But the chief scientist overseeing the operation J. Robert Oppenheimer picked the name for a more poetic reason.  The secularized Jew was inspired in some way by the mystical poetry of John Donne particularly the line “Batter my heart, three person’d God.”  Perhaps it also referenced an imponderable mystery.

At any rate at exactly 5:29:45 AM on July 16, 1945 at a secret desert test site at the Alamogordo Bombing Range in New Mexico the first Atomic Bomb in history was detonated.  In an instant the world changed forever.

The Manhattan Project has been described at the largest and most complex engineering and industrial undertaking in the history of the world to that point.  It was set off by a personal, somewhat anguished, letter by Albert Einstein, who considered himself a pacifist, to President Franklin D. Roosevelt making clear his belief that atomic weapons were not only feasible but would inevitably be built.  Intelligence indicated that Nazi scientists were at work on it in Germany. 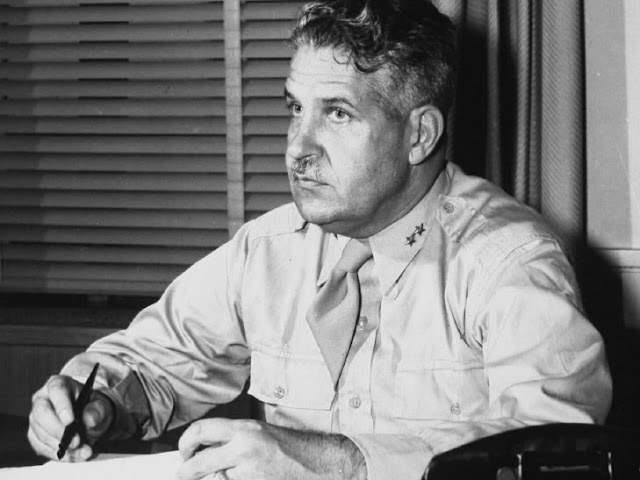 The Manhattan Project under General Groves got under way in 1942.  The race was on.  Installations in support of the project soon spread across the continent. Basic research and development were conducted by Enrico Fermi and others at the University of Chicago and at the Argonne National Laboratories. Weapons development at the Los Alamos Laboratory in New Mexico was fed by other facilities, including Oak Ridge, Tennessee where uranium-235 was separated. Critical separation and production of plutonium-239 was done at the first large scale atomic reactor built at Hanford, Washington.

The latter was particularly important because the cyclotrons were unable to produce enough pure plutonium to build more than one theoretically simple gun assembly type bomb.  The presence of trace amounts of plutonium-240 in the Hanford product was a challenge to designers because it undergoes spontaneous fission at an appreciable rate, and that releases excess thermal neutrons that could cause a devise to fizzle—incompletely detonate and release unconsumed plutonium.  Teams were working on various approaches to the problem.  In the end it was decided not to test the gun assembly bomb before deployment.  Scientists were confident it would work and there was an extremely limited supply of pure plutonium.

The Trinity test involved an implosion assembly device nick named The Gadget.  A small spherical plutonium core was surrounded by nearly nine tons of high explosives, detonated simultaneously at many points around the periphery of the bomb, causing a lensing effect that focused more and more explosive force towards the plutonium core. The force of the explosions would reduce the diameter of this plutonium core increasing its density to produce a critical mass of plutonium leading to an atomic detonation.  There was a great deal of uncertainty about whether this would work, hence the test.

Scientists and engineers set up a betting pool on the possible results of the test.   Choices ranged from a complete dud through the destruction of all of New Mexico, to a doomsday event—the ignition of the atmosphere and incineration of the planet. 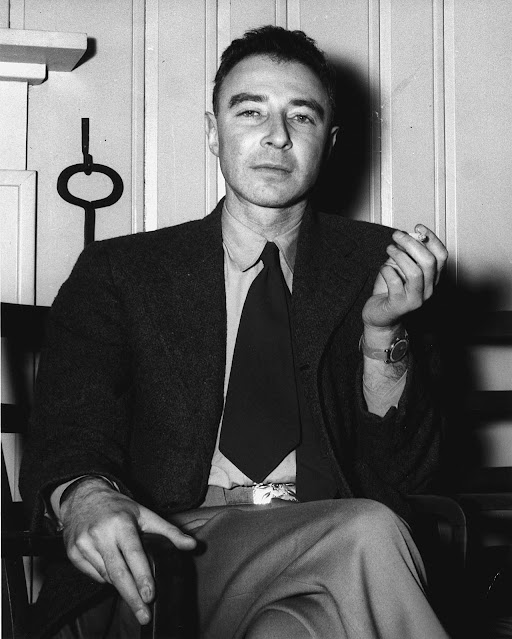 Robert Oppenheimer--a scientist with the soul of a poet would be tormented by his creation and persecuted by the government he had served.


The device was hoisted to the top of a 100 foot tall steel tower to mimic the air detonation of a bomb dropped from an aircraft.  Two bunkers were set up to observe the test. Oppenheimer and other scientists occupied the bunker closest to the detonation site, about ten miles away.  General Groves and others watched from the second 17 miles away.  The test was originally set to go off at 4 am but thunder showers pushed that back an hour.

When it went off, the blast exploded with energy to around 20 kilotons of TNT.  The flash illuminated the dark desert as if it were daylight and could be seen for hundreds of miles.  It took the powerful blast traveling at the speed of sound took about 40 seconds to shake the first observation bunker and could eventually be felt over a hundred miles away.  In seconds a giant, and now familiar, mushroom cloud was growing which eventually reached a height of 7.2 miles in the atmosphere.  The blast crater was 10 feet deep and 1,100 feet wide and turned the desert sand into radioactive glass. 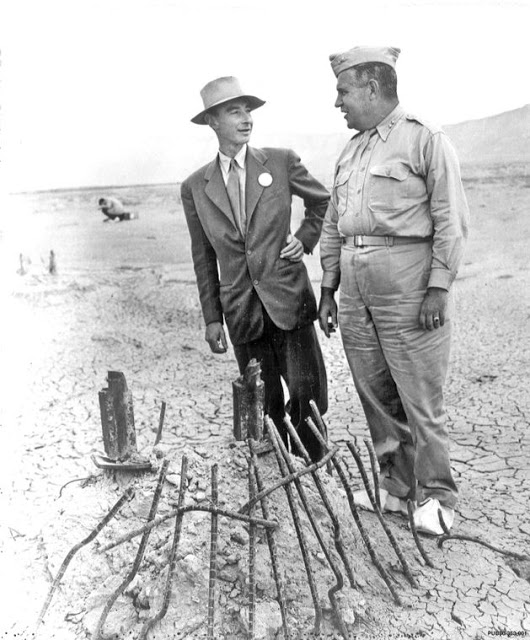 
The test was a success.  General Groves informed President Harry Truman who would soon authorize the use of atomic weapons against Japan.  On August 6 the untested gun assembly bomb, Little Boy, was dropped on Hiroshima.  It worked.  Three days later Fat Man, based on the Trinity test design, was ignited over Nagasaki. 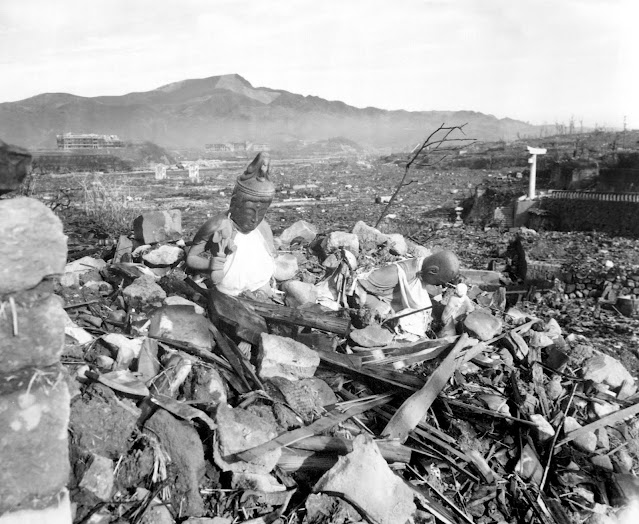 The ruins of a temple in Nagasaki after the city was destroyed by a bomb based on the design tested at the Alamogordo Bombing Range in New Mexico.


Sometime after the original test Oppenheimer wrote that it reminded him of line from the Hindu scripture the Bhagavd Gita, “Now I am become Death, the destroyer of worlds.”