The Man Who Remembered—Booth Tarkington 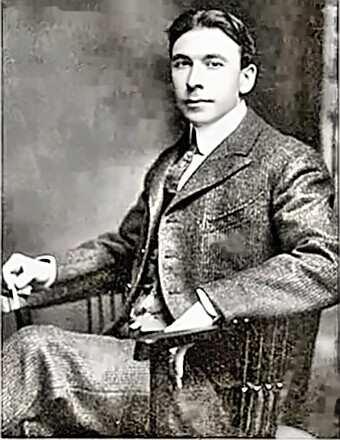 Booth Tarkington as a young writer.

Booth Tarkington, the American novelist and dramatist, was born on July 29, 1869 into a comfortable, upper middle class family in Indianapolis, Indiana.  His long and very productive career was marked by his close examination of those 19th Century Mid-Western roots in the humorous, nostalgic vein of his popular Penrod novels and Seventeen, as well as more serious depictions as in The Magnificent Ambersons and Alice Adams.

At first educated in Indianapolis schools, his socially ambitious family had him transferred to Phillips Exeter Academy, the fashionable eastern boarding school that was a conduit to the Ivy League.  But his family lost some of their wealth in the Panic of 1879, and young Booth was sent instead to Indiana’s own Purdue University.  A gifted enough student not to have to work hard for decent grades, he was popular on campus and enjoyed his two years there.

With improving fortunes, he was sent to Princeton to finish his education.  There he joined a theatrical group where he excelled as an actor and first turned his hand as a playwright.  He became one of the charter members when the drama club was re-formed as The Triangle Club, which continues to this day producing original work by students.  He also belonged to the Ivy Club, the oldest and most prestigious of Princeton’s dining clubs and edited the Nassau Literary Magazine.

Voted the most popular student of the class of 1893, Tarkington failed to graduate, missing credit in one class.  However, he kept close ties to both of his colleges and made significant gifts to each when he became a wealthy and successful writer.  A residence hall at Purdue was named for him after he underwrote its construction and both schools awarded him honorary degrees.  In fact, he was the only person ever to receive two honorary degrees from Princeton, a measure of his literary prestige in the first quarter of the 20th Century. 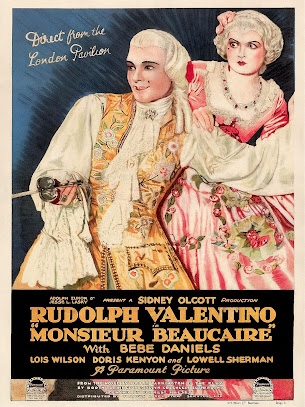 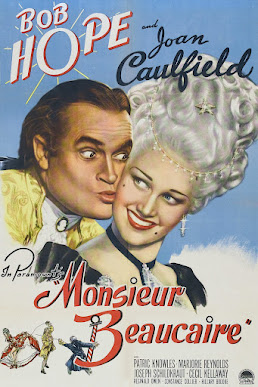 Two film adaptations were made from Tarkington's first novel and successful play adaptations Monsieur Beaucaire in 1924 with reigning superstar Rudolph Valentino and 22 years later with Bob Hope--both were comedies but the Hope vehicle was less heroic.  The original was the film lampooned in the classic MGM musical Singing in the Rain.

Upon leaving school, Tarkington was able to undertake the traditional grand tour of Europe and spent time in such upper-class enclaves as Kennebunkport, Maine between extended stays in Indianapolis.  He began successfully writing short stories for popular magazines.  In 1900 he had success with his second book, Monsieur Beaucaire.  Uncharacteristic of most of his work the slender novel was a comic historical romance set in 18th Century England.  It’s themes of social class and caste, however, would be reflected in more American scenes.  The book went on to be a successful play, was made into an operetta, and was twice filmed, in 1924 with Rudolph Valentino and 1946 with Bob Hope.

Tarkington married in 1902 and set up primary residence in Indianapolis. The marriage, which produced one daughter, ended in divorce in 1911 and Tarkington married Susanah Keifer Robinson the following year.  In 1902, the year of his first marriage, Tarkington was elected to a single term as a Republican in the Indiana legislature, which gave him fodder for his book In the Arena: Stories of Political Life published in 1905.

Tarkington was soon publishing nearly a book a year in addition to a volume of poetry and plays, including adaptations of his books.  Later he would also do screenplays from his work. 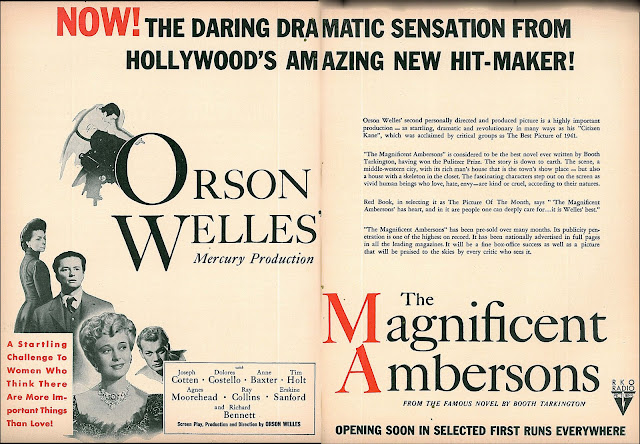 Orson Welles's adaptation of The Magnificent Amerbersons with Joseph Cotten, Anne Baxter, Tim Hold and Agnes Moorehead is considered a masterpiece despite RKO taking the final cut from the boy genius and altering the ending.


Penrod, the first of a series of books about the adventures of a small town boy of comfortable circumstances, began as magazine stories and was published in 1914 and was widely popular.  The next year Tarkington finished The Turmoil, the first book of the Growth trilogy about the fall of an old wealth family and the rise of the industrial new rich.  The second book of that series, The Magnificent Ambersons was published in 1918 and is considered by most critics as him most important work.  It won the Pulitzer Prize in 1919.  Orson Wells famously made it into a classic film in 1941. 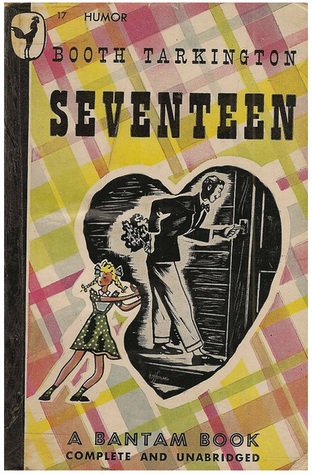 This 1948 paperback edition of Seventeen is the one I found on my mother's bookshelves and stuffed into my back jeans pocket to read in the boughs of a willow over a Cheyenne pond one summer long ago.


In between, in 1916 came Seventeen, a much beloved, painfully comic tale of a young man’s unrequited love.  It is still an entertaining and enjoyable read.  In 1922 Tarkington won a second Pulitzer Prize for Alice Adams, his tale of a vivacious small town girl of modest means who plots to snag the handsome son of the town’s leading wealthy family.  It, too, was twice made into a film adapted for the screen most famously in 1935 by my distant kinswoman Jane Murfin for Katherine Hepburn.

Presenting Lily Mars, published in 1933 told the story of a stage struck young woman and incorporated themes from Tarkington’s lifelong interest in the theater.  It was made into a MGM musical staring Judy Garland in 1943. 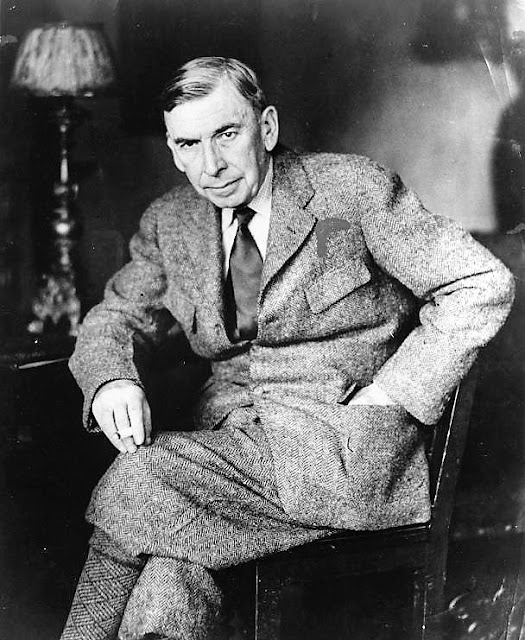 Tarkington in the 1920s.  His eyesight was already failing.  Soon he would keep up a prodigious output by dictation as he tried to come to grips with the changes around him that were erasing the innocent 19th Century small town life he treasured.


In the early ‘20’s Tarkington began to lose his sight and was blind by mid-decade.  He continued to produce a steady stream of novels, plays, and non-fiction by dictation up to his death in 1946.

In all nine of his novels were top best sellers and several of his stage plays long running hits.  His reputation as a novelist has been eclipsed by harder edged work by later American writers.  Seventeen remains perennially in print as a juvenile favorite, but Tarkington is now best remembered for the films made of his work.