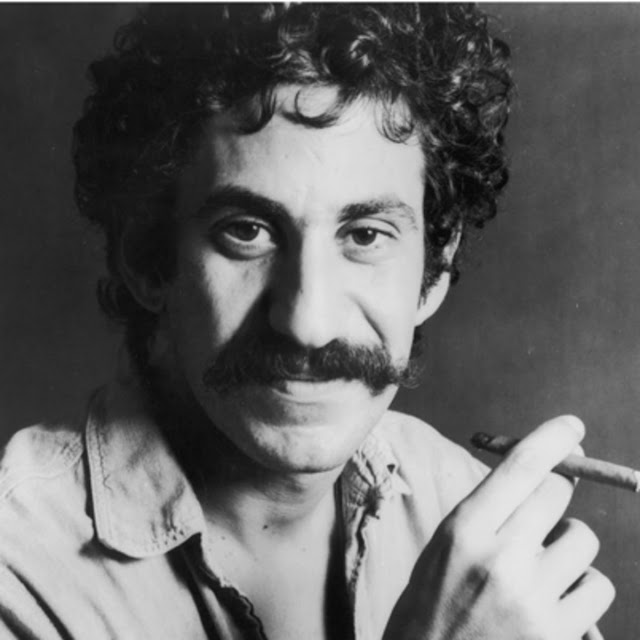 Jim Croce looked like a truck driver who had lost one too many bar fights.  And indeed, he had been a truck driver, a welder, and construction worker in his life.  Yet in his brief career he became an acclaimed singer/song writer whose songs went head to head in the charts with the likes of James Taylor.  Croce died in a plane crash on September 20, 1973 in Natchitoches, Louisiana.  He was just 30 years old and had released only two albums as a single act—records that produced two #1 hits and numerous memorable tracks.

Croce was born in South Philadelphia on January 10, 1943.  He was an indifferent student with a mild interest in music.  He played the accordion.  Mostly he goofed off.  After moving to middle class Drexel Hill, he graduated without distinction from Upper Darby High School.  He worked construction for three years before enrolling in Villanova University in 1964.

There he rediscovered music.  He sang in the glee club and men’s a cappella group, did a turn as a college disc jockey, played in various pick-up bands, and started singing at local coffee houses as a single.  He hadn’t settled on a style yet, playing covers of rock, blues, and folk hits, “anything the people wanted to hear,” he later said.  One group he sang with got picked to go on a foreign exchange tour of Africa and the Middle East. 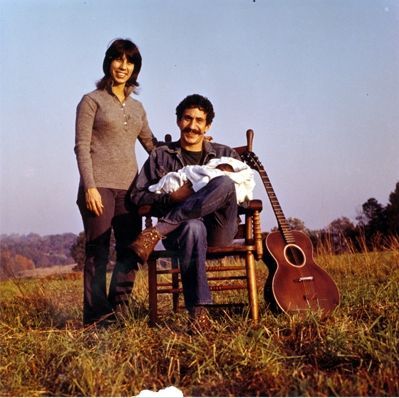 
Back in the States Croce met and married folk singer Ingrid Jacobson.  He converted to her Jewish faith and the two soon hit the road as a duo covering the work of the popular icons of the Folk Revival.  They began introducing original material—Jim’s surprisingly reflective and tender love songs and more raucous crowd pleasers.

In 1968 the duo recorded Jim & Ingrid Croce for Columbia Records and spent two years touring small clubs in support of the record, which got excellent reviews, but generated few sales.

Reduced to selling most of their instruments, Croce decided it was time to settle down.  He went back to work as a truck driver and even enlisted for a short and unsuccessful hitch as a soldier. 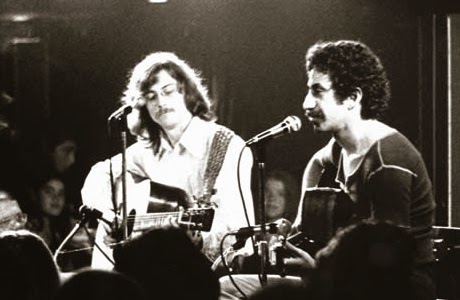 Croce with his guitarist and touring partner Maury Muehleisen whose accompaniment was a huge part of his sound.

In early September 1973 Croce and Muehleisen wrapped up a third album, I Got a Name and then resumed their busy tour schedule. 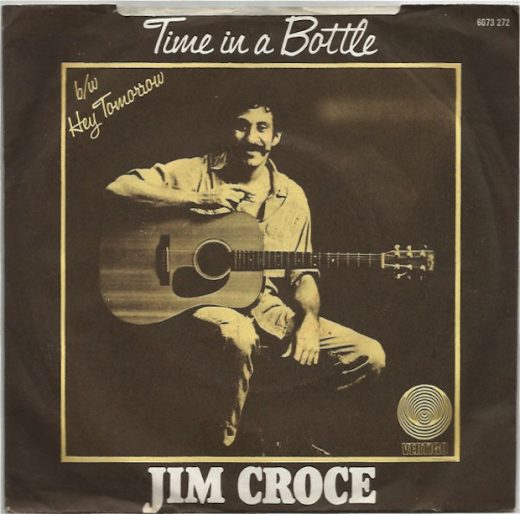 The single of Time in a Bottle, a big hit off Croce's debut ABC album You Don't Mess Around with Jim.

On September 20 after finishing a concert at Northwestern State University in Natchitoches Croce, Mueheleisen, their opening act, comic George Stevens, their road manager Kenneth D. Cortose, and another passenger boarded a twin engine Beechcraft for a short flight to another college booking in Sherman, Texas.  Despite ideal flying conditions pilot Robert Newton Elliott somehow failed to gain enough altitude on takeoff to clear a line of trees at the end of the runway.  All aboard the plane were killed in the crash. 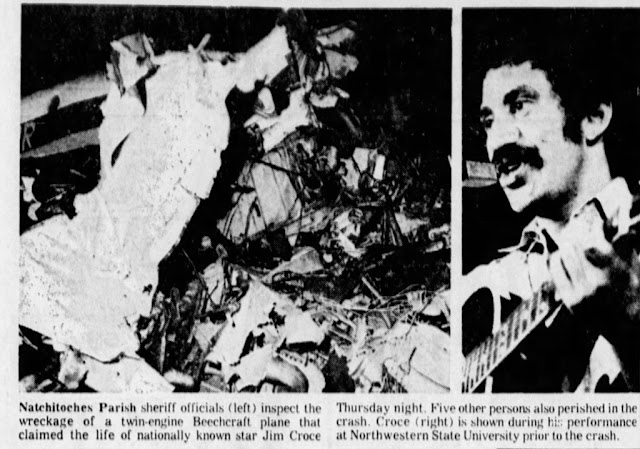 Croce was just 30 years old when he joined the list of music stars killed in a small plane crash.


In the wake of his unexpected death, sales of Croce’s first two albums took off anew and Time in a Bottle from the first album was released as a single becoming a posthumous #1 hit.  The final album was also released posthumously and besides the title tract contained Workin’ at the Car Wash Blues, and I’ll Have to Say I Love You in a Song. In 1974 a greatest hits compilation, Photographs & Memories became a sensation.

Since his death several other posthumous albums have been released, and his 1968 Capital album with his wife was re-released.  His songs have become radio standards still played in several formats.  Croce was inducted into the Song Writer’s Hall of Fame in 1990.

His widow Ingrid opened the successful Croce’s Restaurant & Jazz Bar in San Diego in 1984.   In 2014, she closed the downtown business and re-opened in Bankers Hill as Croce’s Park West with dining, bar and terrace areas, and a large room at the back for live music. That business model turned out not to be viable, and the restaurant closed two years later. Their son, A.J. Croce, who was just two years old when his father died, has become a singer and songwriter himself with several records to his credit.  Croce wrote Time in a Bottle for A.J. before his birth.

Together mother and son collaborated on the DVD Have You Heard Jim Croce Live, with an album of the same name; the album Jim Croce, Home Recordings, Americana, and a re-issue of Facets, his rare self-issued 1966 album.

Posted by Patrick Murfin at 7:16 AM