Rosh Hashanah—Sounding the Shofar for a New Year 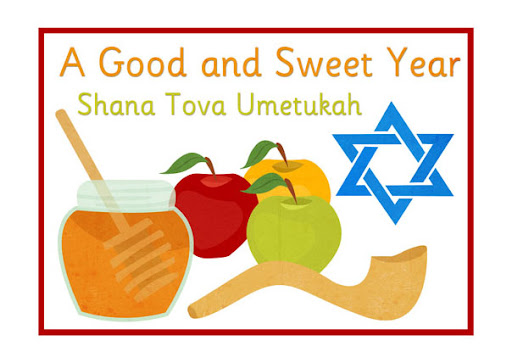 Today is the first full day of Rosh Hashanah which began at sundown last night.  In the United States that was also the evening of Labor Day which for many Americans is itself a kind of new year—the traditional end of summer and the beginning of a new work/school year when we are supposed to get back down to business.

For Jews it is Yom Teruah, the Day of Shouting (or Blasting) which marks the first of the High Holy Days as well as the start of the New Year.  It falls on first day of Tishrei, the seventh month of the ecclesiastical year that began with Passover in the spring and represents the first of the civic year.  This year it ushers in 5782 on the Hebrew calendar. 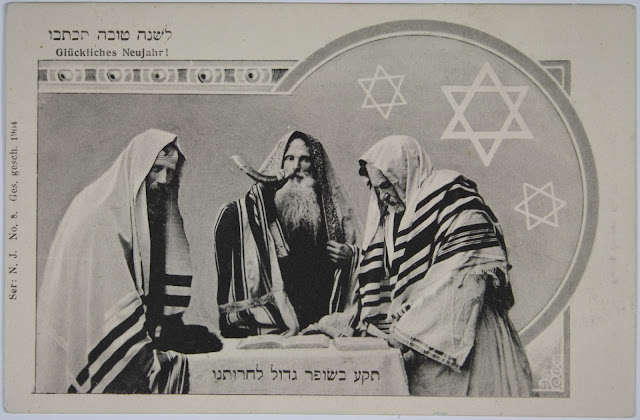 This 1904 Austrian greeting card depicts the traditional blowing of the shofar during a Rosh Hashanah service.

It is a joyous celebration filled with the hope of a brand new year and is celebrated at synagogue services highlighted by the blowing of the shofar, a hollowed-out ram’s horn, as proscribed in Leviticus to “raise a noise” on Yom Teruah.   It is also it is also a symbolic wake-up call, stirring Jews to mend their ways and repent and begins a period of preparing for Yom Kippur, the Day of Atonement.  Poems called piyyutim are added to the regular services and a special prayer book, the mahzor, is used on Rosh Hashanah and Yom Kippur.  A number of additions are made to the regular service, most notably an extended repetition of the Amidah, the central prayer of the Jewish liturgy. The Shofar is blown during Mussaf at several intervals a total of 100 times. 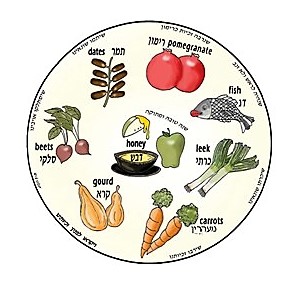 Items that might be found on a Rosh Hashanah plate.


A Rosh Hashanah seder is offered by many communities but reflecting the years of exile and repression when many Jews could not openly worship at the Temple in Jerusalem or in Rabbinic synagogues, there are also rituals for the home and family including ritual foods especially apples dipped in honey to symbolize a sweet new year.  Depending on customs and traditions, other foods are also included.  Among the Ashkenazi Jews who make up most of American Judaism the ritual plate may also include dates, pomegranates, black-eyed peas, pumpkin-filled pastries called rodanchas, leek fritters called keftedes de prasa; beets. and a whole fish with the head intact. It is also common to eat stuffed vegetables called legumbres yaprakes.  Wine accompanies the blessing.

Details and customs vary depending on the origins of communities in Europe, the Mediterranean, or the Mid-East.  And also between Orthodox, Conservative, and Reform congregations.  Many entirely secular Jews still observe some of the traditions culturally.

To my many Jewish friends L’shanah Tovah no matter how you keep the day.