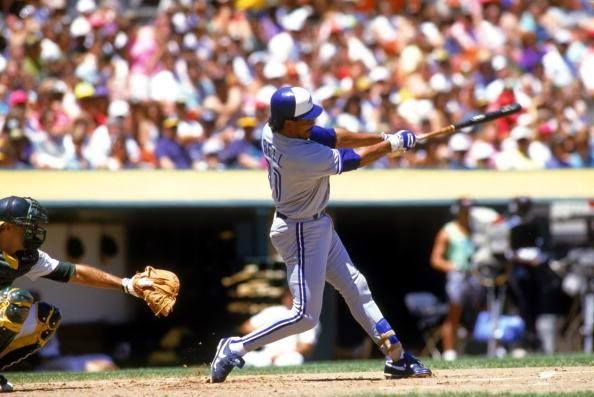 Ernie Whitt launches one of his homers in the slug fest against the Orioles in 1987.

Except for the general excitement of a Division race, the game at Toronto’s old Exhibition Stadium on warm afternoon of September 14, 1987 started out as nothing special.  The Canadian team was tied with Detroit in the American League East and naturally hoped to pull ahead with a victory against the Baltimore Orioles.  The first inning passed with neither starter, Jim Clancy of the Jays and Ken Dixon of the O’s, allowing a run. 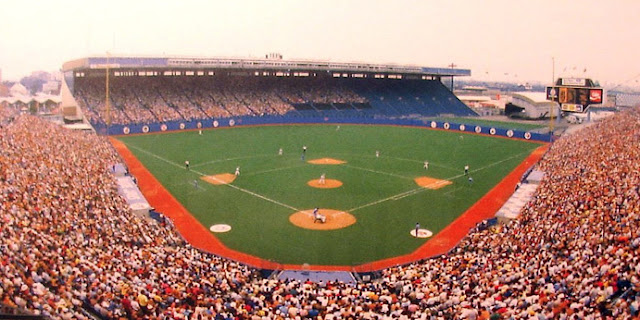 Toronto's old Exhibition Stadium was a dual use facility which also hosted the Argonauts of the Canadian Football League and the Blizzard of the North American Soccer League.  Only about 3/4s of the grandstand could be used for baseball and most fans sat in uncomfortable, shadeless bleacher seats.  A Blue Jay owner once complained "wasn't just the worst stadium in baseball, it was the worst stadium in sports."

Then in the bottom of the second inning all hell broke loose.

Ernie Whitt led off the second with a solo home run.  One batter later, Rance Mulliniks hit a two-run shot.  Exit hurler Dixon, enter Eric Bell who promptly let another runner get on base and then served up a fat one to Lloyd Moseby who smacked it out of the house.

Just like that it was a three homer, 5-0 game.  And Baltimore’s misery was just beginning.

In the third George Bell launched one followed by Moseby’s second of the day.  Five round trippers, 7-0,

Leading off the fifth Whitt collected his second homer of the afternoon.  The battered and bewildered Orioles pitching staff had now coughed up six four baggers.

If Baltimore expected mercy from the bench, they were mistaken.  Rob Ducey, in for Moseby, hit a 3-run homer.  Witt immediately followed with his third shot of the day.  Nine homers, 14-2 after seven.

Ordinarily designated hitter Fred McGriff would be expected to provide power to the home team, but he had been left out of the party.  Until he stepped to the plate to open the ninth inning and delivered his contribution.


In total, the Blue Jays hit a grand total of 10 home runs, collected 21 hits and scored 18 runs and won the game handily 18-3 and had three hitters with multiple homers.  The game set a record for most home runs by one team in a single game, a Major League record which still stands to this day.  This is even more impressive in light of the fact the MLB record for total homers by both teams in a game, stands at only 12.

As a sidelight to the game when Oriole’s skipper Cal Ripken, Sr. realized the game was hopeless, he gave his son, Cal Ripken, Jr. some well-deserved rest.  But in doing so he ended Junior’s unbroken streak of 8,243 innings played. 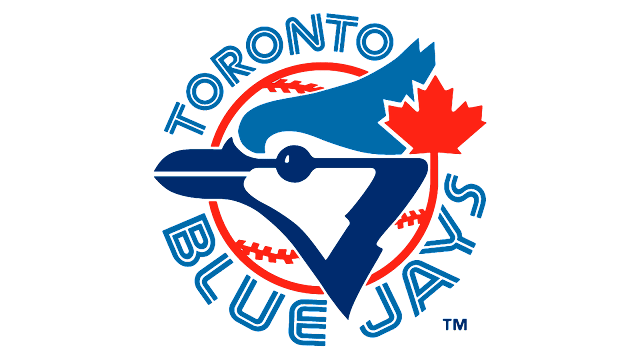 The Blue Jay's logo from 1977 to 1996.  Since the Montreal Expos went to Washington in 2004 the Jays have been the only Canadian team in Major League Baseball.


The Jays went on to sweep the series and opened a 3½ game lead on Tigers with two weeks left in the season.  But Detroit came roaring back, closing the gap and beating the Blue Jays head-to-head 1-0 on October 4 to claim the Division crown.  The Michiganders lost the American League Championship to the Minnesota Twins who beat the Cardinals in the seventh game of an epic World Series battle to claim the World Championship.