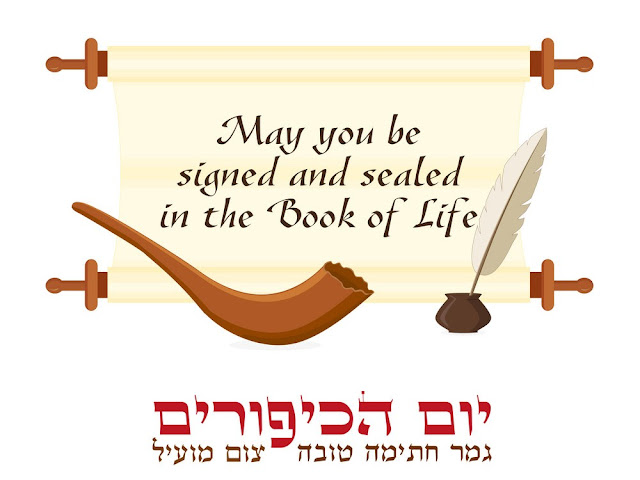 This poem has appeared on this blog at least nine times for Yom Kippur.  I guess that this makes it an official tradition. It was inspired not only by my genuine admiration for the Holy Day, but by an ongoing controversy in my own Unitarian Universalist faith.  For many years UUs have gone blithely on incorporating snatches of prayers, ritual, and tradition from other religions into our own worship.  We do it mostly in good faith claiming “The Living Tradition which we share draws from many sources…”

But lately we have taken grief from Native Americans for adopting willy-nilly rituals and prayers which we don’t fully understand and take out of context, many of which, frankly, turned out to be New Age touchy-feely faux traditions.  And from African-Americans for Kwanza being widely celebrated is in almost all-white UU Sunday Schools. 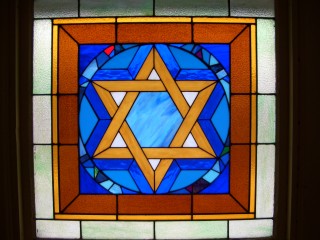 The Jewish window from the nine faith traditions that inspire Unitarian Universalist series designed by Pam Lopatin and now on display in the Tree of Life UU Congregation in McHenry, Illinois.

Being UU’s, many of us were stung that our well-meaning gestures were not gratefully accepted as a sort of homage.  Others busily set themselves up to the task of wiping the scourge of cultural appropriation from our midst, preferably with a judicious dollop of self-flagellation with knotted whips—oops! Stole that one from 4th Century monks…No, what they did was form committees and commissions to issue long, high minded reports to be translated into deep retreats.  Seminary training was amended for proper sensitivity, and scolding monitors were appointed to detect insufficient rigor in rooting out the offense at General Assemblies and meetings. 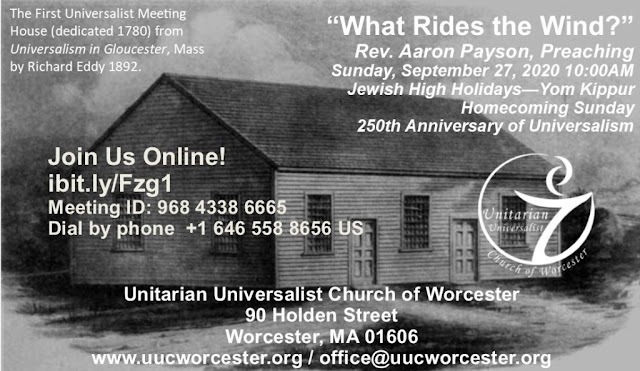 Last year the UU Church of Worcester in Massachusetts, the cradle church of Universalism in the U.S., celebrated Yom Kippur.  Many cultural, ethnic, and secularized Jews belong to UU congregations which also welcome many interfaith families.  Some Jews belong to both local synagogues and UU congregations.  Ministers frequently include elements of Jewish worship even in congregations with few Jewish members.

And, yea, I may also have been reading a lot of Carl Sandburg when I wrote this.  Think it shows?

Yahweh, or whatever they call their Sky God,

But before He puts it in your Permanent Record

and doles out the lumps of coal

He gives you one more chance

So to get ready for this one day of the year—

they call it Yom Kippur

but it’s hard to pin down because

it wanders around the fall calendar

the Jews run around saying they are sorry

to everyone they screwed over last year

and even to those whose toes

they stepped on by accident.

The trick is, they gotta really mean it.

None of this “I’m sorry if my words offended” crap,

that won’t cut no ice with the Great Jehovah.

And they gotta, you know, make amends,

do something, anything, to make things right

even if it’s kind of a pain in the ass.

Then the Jews all go to Temple—

even the ones who never set foot in it

the whole rest of the year

and those who think that,

when you get right down to it,

that this Yahweh business is pretty iffy—

and they tell Him all about it.

First a guy with a big voice sings something.

And then they pray—man do they ever pray,

for hours in a language that sounds

that most of ‘em don’t even savvy.

maybe to celebrate, I don’t know

When it’s all over, they get up and go home

feeling kind of fresh and new.

was run through the celestial shredder.

Then next week, they can go out

and start screwing up again.

Look, I’m not much of one for hours in the Temple—

an hour on Sunday morning

when the choir sings sweet

is more than enough for me, thank you.

And I have my serious doubts about this

Old Man in the Sky crap.

But this idea of being sorry and meaning it

of fixing things up that I broke

To my wife Kathy—

I’m sorry for being such

a crabby dickhead most of the time…