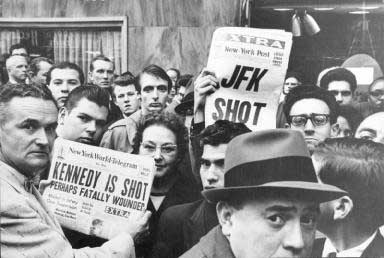 New Yorkers gobbled up hastily printed extra editions as they gathered in shock on the city streets.

November 22.  For the members of a couple of generations, at least, I don’t have to say or write anything else.  You know.  The date and the event are etched in your mind.  If you were sentient in 1963 the moment when you heard the news is so solidly etched in your memory that you can recall every detail—the cast of the light through the window, the muffled sobs or wails, even the smell of that autumn day 58 years ago.

November 22, 1963 was, of course, the day President John F. Kennedy was shot while passing the Texas School Book Depository Building in Dallas, Texas in an open car with his young wife, resplendent in pink, sitting beside him. 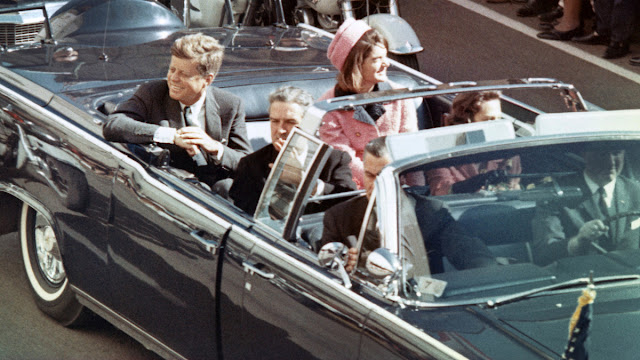 Moments before the shooting in Dallas President Kennedy and his fashionable wife Jaqueline ride in an open limousine behind Texas Governor John Connolly and his wife.

I am not going to relate the details.  You know them.  Nor am I going to sort out the 1,354 various conspiracy theories which have been put forward.  Most of them are ridiculous.  Some are compelling.  The official Warren Commission Report was as full of holes as Swiss cheese and the Congressional investigations since then have at best given us a glimpse “trough a glass darkly.”  The absolute truth, if any such thing is possible to know, will probably always elude us. 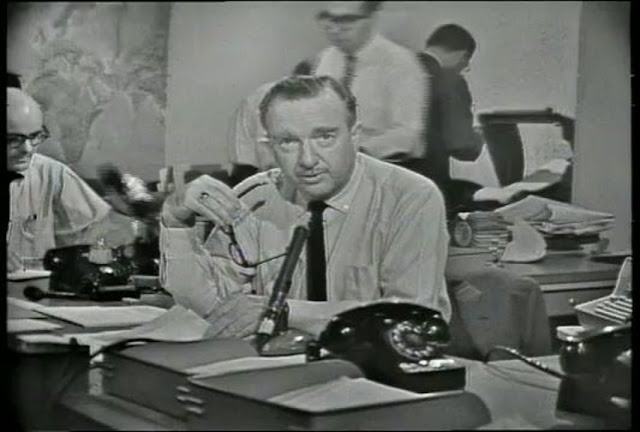 In one of the most memorable moments in television history Walter Cronkite removed his glasses and delivered the somber news that the President had died.   Many who had rushed home from work or school saw it live.

It is enough to know that a young President, in whom many of us had invested great hope, was killed because some vague they wanted him dead and that hope, merited or not by the flawed individual, crushed.

It is the stuff of legend.  Two hundred years from now operas, epic poems, or whatever form that heroic art takes shape in then, will imbue the events with magic and dignity.

Yet right now, this is still peculiarly our day, it owns us inescapably. 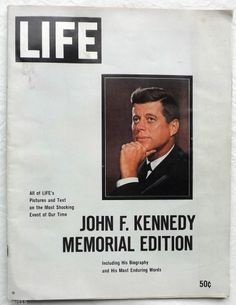 Many families rushed to buy the special hard bound Kennedy Memorial Life Magazine edition that included photos of the funeral and kept it for years as a special remembrance.

But for my grown children it is only a historical event.  Their stomachs do not flip with the remembrance.  They acknowledge it without understanding it the way we acknowledged December 7, 1941—the central stark moment in our parents’ lives.  For them September 11, 2001 was the pivot of history.

And for my grandchildren…well it is just another day on the walk-up to Thanksgiving. They hardly know who John Kennedy was.  They never heard of Lee Harvey Oswald.  If reminded, they may grunt a foggy awareness.  But it is no more real to them than the Peloponnesian Wars.