Let’s linger over Thanksgiving music through this four day weekend and before we plunge headfirst into Christmas fare.  No reason or need to rush the jingle bells and tinsel.  We’ll start with a piece by Mary Chapin Carpenter off her 2008 album Come Darkness, Come Light: Twelve Songs of Christmas.  Chances are unless you are a hardcore fan you have not heard Thanksgiving Song which generated almost no airplay when it came out or since.

Carpenter is an original and some say quirky country music/Americana singer songwriter who is much beloved by other artists across many genres and scored against-the-odds country hits.   In the 1990s she earned five Grammy Awards, two Academy of Country Music Awards (Top New Female Vocalist in 1990 and Top Female Vocalist in 1992), and Country Music Association Female Vocalist of the Year in 1992 and’93.  Despite these accolades and a series of well-reviewed albums since then, she found herself increasing locked out of country radio because her powerful, personal lyrics no longer fit with narrow expectations.

Carpenter was born on February 21, 1958 in Princeton, New Jersey, to Chapin Carpenter Jr., a Life Magazine executive, and Mary Bowie Robertson.  She led a privileged life living abroad with her parents in Japan from 1969 to 1971 before they moved to Washington, D.C.  She was educated in prestigious private schools.  Her parents divorced when she was 16, a traumatic event that affected her deeply.  She turned to her guitar for solace and sang folk music by Peter, Paul & Mary, Judy Collins, and The Mamas & The Pappas.

Shortly after she graduated from The Taft School her father encouraged her to sing at a bar open mic, an experience that was so stressful for the intensely shy girl that she became physically ill.  Yet she continued to perform at local open mics and even hosted one for a while.

She attended Brown University and graduated in 1981 with a degree in American Civilization.  Over summer breaks she would sing at Washington clubs but had no intention to make a career in music.  When she found no interesting work in which to use her degree, she finally decided to give music a go.  A regular on the Washington folk scene she met and connected with guitarist John Jennings, who would become her producer and long-time collaborator.   It was Jennings who suggested she work on original music instead of covers. 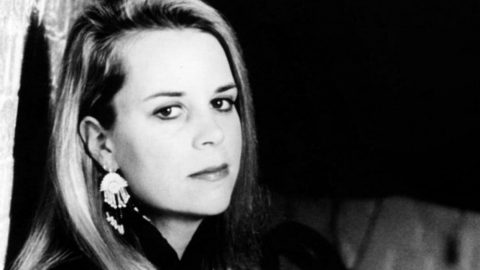 
Carpenter’s first album, Hometown Girl was produced by John Jennings and was released in 1987.  Songs from the LP got play on public and college radio stations, but it was not until her label Columbia began promoting her as a country artist that she found a wider audience.  Carpenter was ambivalent about being pigeonholed. She preferred the term to be called a singer-songwriter or “slash rocker” as in country/folk/rock. She told Rolling Stone in 1991, “I’ve never approached music from a categorization process, so to be a casualty of it is real disconcerting to me.”

Despite the qualms the albums State of Heart, Shooting Straight in the Dark, Come On Come On, and Stones in the Road produced a slew of country and cross-over hits making her one of the top Country artists of the ‘90’s.  But her background and her music didn’t fit easily into the usual Country music scenes in Nashville, Austin, and on the West Coast.  She was never going to be invited to join The Grand Ol’ Opry. 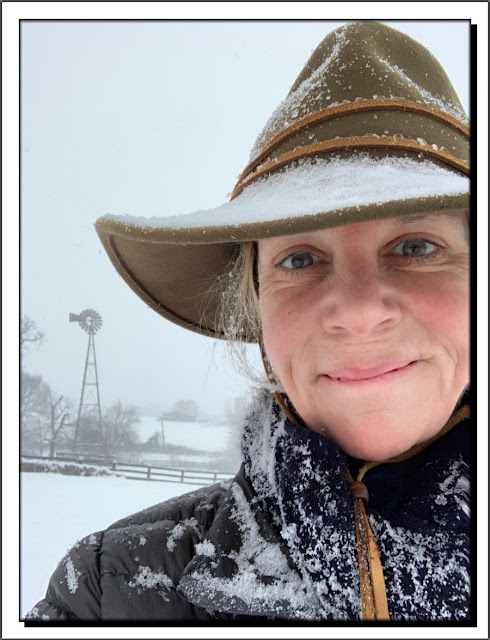 Mary Chapin Carpenter on her Virginia farm.  Say, I think I have the same hat!


As Carpenter aged and became more experimental, her album and singles sales slacked off.  She left Columbia and started her own label Zoë giving her more creative latitude and control.  Her more recent albums have come to grips with recurring depression, aging, and complicated relationships.  She has also been free to experiment with different styles and unconventional instrumentation.  While her songs seldom charted very high, she kept and expanded a dedicated core following who still pack her concerts.  She also has spoken out on several issues including mental health and progressive politics.  This was rewarded in 2008 with the Americana Music Honors & Awards Spirit of Americana/Free Speech Award.  She was also inducted into the Nashville Songwriters Hall of Fame in 2012. 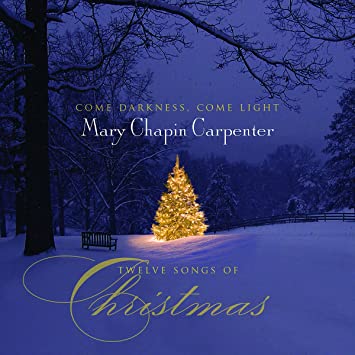 
It seems that most country artists release one or more Christmas album.  Most cover the same familiar mix of popular seasonal covers and traditional carols.  Often a catchy original tune is included in a bid for it to become a lucrative new seasonal standard.  Chapin’s album Come Darkness, Come Light: Twelve Songs of Christmas was nothing like that.  It had twelve holiday-themed songs, six of which were written or co-written by Carpenter. The other tracks consisted of rare traditional holiday songs. The album features collaborations with Carpenter’s with producer John Jennings and covers of songs by Robin and Linda Williams, Tommy Thompson, and composer John Rutter. The opening track Once in Royal David’s City was originally performed during the Festival of Nine Lessons and Carols in Cambridge, England, which Carpenter says she listens to every Christmas.  Mark Deming of Allmusic thought that the album focused more on the “thoughtful and spiritual side of the season”, while Scott Sexton of About.com said that the album’s arrangement evoked “a calming vibe that is perfect for any holiday event.”

Her Thanksgiving Song is certainly worth a listen!

Posted by Patrick Murfin at 4:57 PM