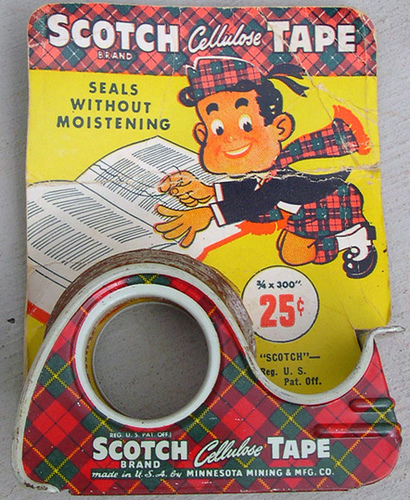 Scotch Tape in 1950s packaging.  It became a household and office staple.

Indulge me.  Close your eyes and try to remember a time when you really did need string to tie up those brown paper packages.  When yards of satin ribbon and six thumbs were needed to keep the colored tissue paper prettily surrounding a gift box.  When the ripped pages of your favorite book were doomed to be forever sundered.  When that torn $5 bill could not be mended and spent.  When there was nothing to hold your eye lid and nose in peculiar positions to frighten your baby siblings.

Yes, those were dark, dark times before the invention that rescued us all.  In keeping with this blog’s occasional mission of reminding us of the inventions that really and truly changed our lives, I give you Scotch Tape!

Actually, tape of any kind in the modern sense hasn’t been around very long.  The first marriage of some kind of gum, glue, or adhesive to some sort of material or fabric is credited to English physician Horace Day in 1845.  He devised strips of fabric coated with a rubber gum for use in surgical bandages.  The idea was slow to catch on because no one had yet thought to put the stuff on reels.  It had to be kept laid out flat.

A small advance occurred in 1921 when a Johnson & Johnson cotton buyer put a cotton pad on short strips of adhesive cloth like Dr. Day’s and backed them with crisp crinoline. The adhesive face protected by easy-to-peel-off waxed paper—and the Band-Aid was born.

But still no tape on a roll.  That was the creation of a young engineer, Richard Gurley Drew in 1925. 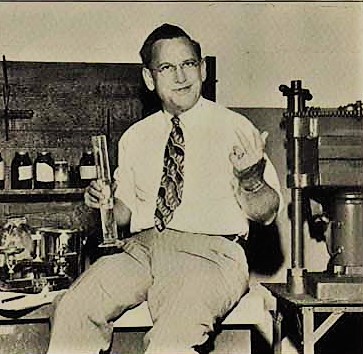 Drew had first worked for Johnson & Johnson, so was familiar with adhesive.  But he had shifted his allegiance to the Minneapolis Mining & Manufacturing Co.  They were predominately operators of sand and gravel pits.  But in addition to the usual customers for building material, the company had created a profitable niche for itself marketing their inexpensive raw material as industrial abrasives including various kinds of grinding and polishing wheels, and new products like sandpaper that affixed their grit to a disposable backing.  Within this limited field they were innovative and employed bright young men like Drew who helped develop a new product that could be used wet or dry and was intended for preparing auto bodies for painting.

One day Drew was sent to a local body shop along with a salesman, a common double duty of engineers in those days. He observed that painters in the shop had a hard time keeping down sheets of paper intended to keep the spray paint from running where it wasn’t wanted.  An idea was born. 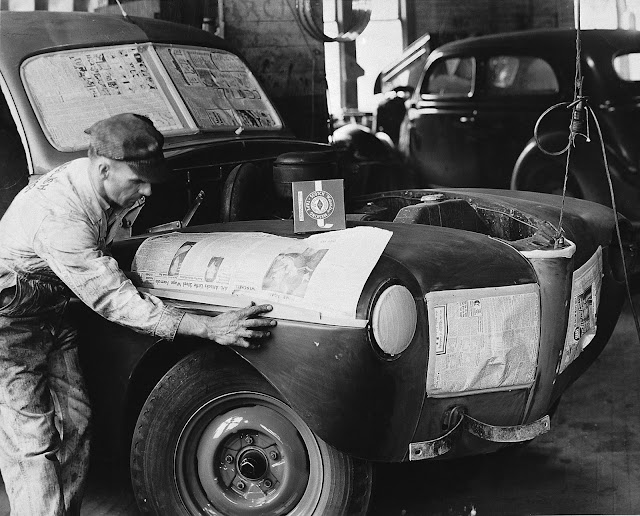 Drew's revolutionary masking tape at work in an auto body shop to prepare for painting.

Back in the lab, drawing on his experience with adhesives, Drew devised a paper tape on a roll—masking tape, ever after the painter’s friend.  Of course, it took a little perfecting.  He took samples to one shop, which found the adhesive insufficient to keep a seal. The exasperated owner told Drew to “Take this tape back to those Scotch bosses of yours and tell them to put more adhesive on it!”  Drew not only improved the product, but he also sold this employer on the idea of using Scotch as a brand name for the tape, indicating that it was a thrifty choice.

Drew was soon given the go-ahead to explore other possibilities.  High on his list was developing a tape for use in sealing industrial packaging.  After considerable experimentation, he developed a pressure adhesive tape on transparent cellophane.  After sending samples of a Chicago industrial baker to seal the ends of their wax paper bread wrapping, the enthusiastic customer wired back, “You’ve got a product.  Get it into production!”

And they did.  Scotch Brand Cellulose Tape was introduced for sale on January 30, 1930. 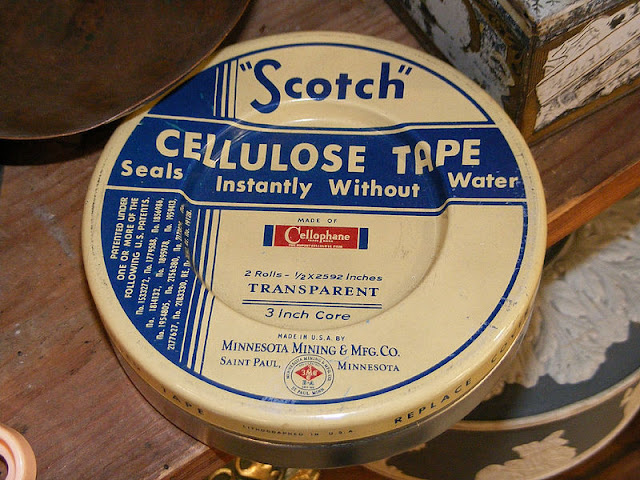 The original Scotch Tape introduced in 1930 was designed for sealing commercial and industrial packaging.

The development of automated heat sealing process on packaging lines soon rendered the original use largely obsolete.  But another 3M engineer, John A Borden, invented something in 1932 that made the product indispensable to thrifty homes and offices who need to mend rather than replace torn and tattered items—a dispenser with a built-in cutter blade. 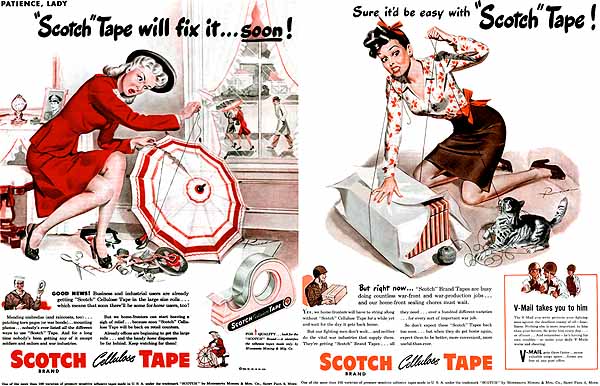 After the concept of adhesive backed tape on rolls was established. 3M and other companies came up with continued innovations—cloth backed electrical tape in the early ‘30’ and a rubber (now vinyl) version in 1954 and fix-everything Duct Tape in 1942.  The introduction of Scotch Brand Magic Transparent Tape in 1961 largely, but not entirely, replaced the original product. The new tape did not yellow or crack with age like cellophane, had a matte finish that did not reflect light so that it could even be used for affixing things to pages for offset press reproduction, and could even be written on with a ball point pen. 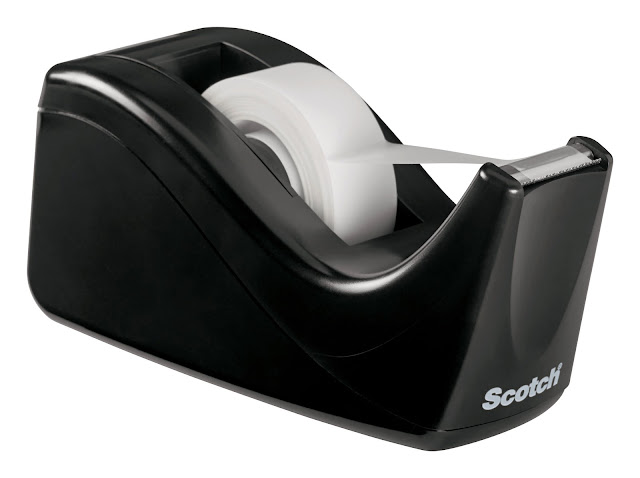 The desk dispenser joined the stapler and a cup of pencils and ball point pens as an essential in offices of the '60's and beyond.  It persists today even on allegedly paperless computer desks.

Scotch Tape took 3M to a whole new level as a company.  It eventually introduced many other new forms of tape for specialized applications and expanded into businesses from office supplies (Post-It Notes) to audio and video tape, to fabric treatments (Scotchgard) and many other products.

And as we can see, our lives were changed as well.  I say damn fine work, Richard Gurley Drew!

Posted by Patrick Murfin at 7:32 AM