Trying to Pick a Historical Blog Post for January 28 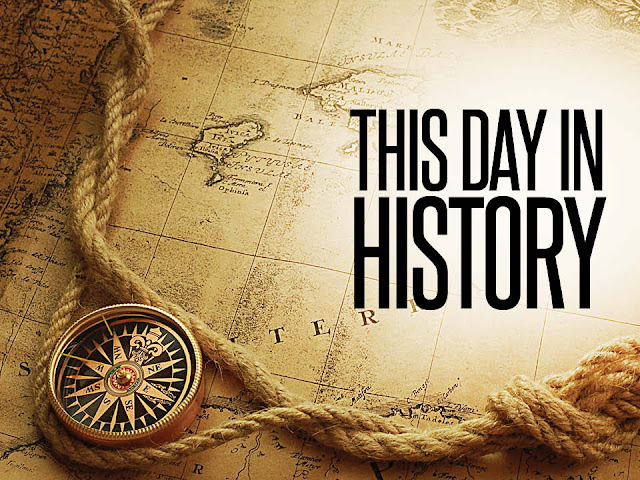 Faithful readers of this little blog often ask how I pick the topics for my historical entries, many of which seem to be obscure or exotic.  The process is simple, if haphazard. I consult a number of on-line history calendars, many of them specialized—labor, women, Black, music, baseball, etc. But almost every day I start at Wikipedia’s On This Day feature because it is exhaustive and amazingly diverse.

Glancing down today’s entries, a number caught my eye, some of which I have already used.  And some ignited my inner smart ass.

Take for instance, this one:  1393—King Charles VI of France was nearly killed when several dancers’ costumes caught fire during a masquerade ball.  Not enough information for a blog post, but I wanted to scream at the computer screen “And it didn’t do anything for the health of the dancers, either!” 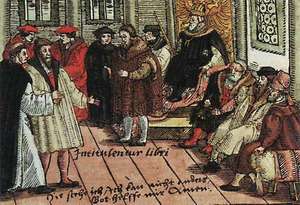 The Diet of Worms was a critical turning point in the Protestant Revolution but makes for dull reading.

Or:  1521—The Diet of Worms began, lasting until May 25.  It was an important event in the Protestant Reformation but would make stupefyingly dull reading.  Yet I am tempted to write something just so I could use the joke, “The Diet of Worms lasted until May 25 when it was superseded by the Vegan Diet of Tofu.”  Thankfully, you were spared…. 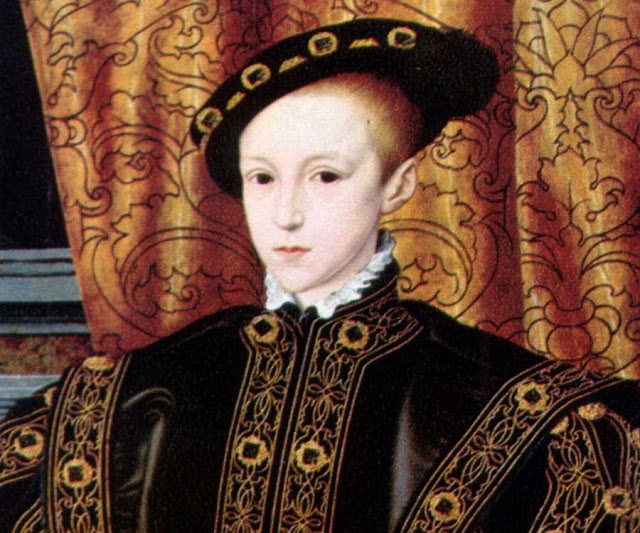 Then comes:  1547—Henry VIII died. His nine-year-old son, Edward VI became King, and the first Protestant ruler of England.  Ok, back when I first started a daily almanac feature as single paragraph shorts—how many readers yearn for me to return to such admirable brevity—I used this one.  The entry ran in toto:

Nine year old Edward VI became King of England and Ireland on January 28, 1553 upon the death of his father, Henry VIII.  The frail boy’s short six year reign was marked by court intrigue and rule by “protectors” appointed by a Regency Council.  The first, Edward Seymour, Duke of Somerset, pursued a moderate policy against Catholics.  He was ousted and executed by John Dudley, Earl of Warwick and later Duke of Northumberland who oversaw the transformation of the Church of England into a Protestant body and persecuted Catholics.  The young King’s reign was also marked by two failed wars—one to force the Scots to betroth their young Queen Mary to her cousin Edward and thus unite the kingdoms, and another against perennial foe France.  Dudley compelled the tubercular young king to name his cousin Lady Jane Grey as his heir to prevent the accession of his Catholic half-sister Mary.  The scheme failed and Jane ruled for only nine days before Mary was set on the throne.  Despite all of the high drama swirling around him, Edward is best remembered today—at least on this side of the pond—for inspiring Mark Twain’s The Prince and the Pauper.

See?  Neat, quick, and to the point.  These days I would prattle on for pages until you would wish to put out of your misery by a Royal Headsman.

In the earliest years of the Wikipedia list, entries tended to be like this, all about kings, queens, emperors, Popes, and their trials and successions.  Or they were about long forgotten battles in obscure wars.

How about a lexicographic factoid?:  1754—Horace Walpole coined the word serendipity in a letter to Horace Mann.  After noting that the second guy was not the educational reformer or founder of an insurance company, I would have been compelled to write something like, “It was entirely serendipitous that two guys named Horace actually knew one another.”

One of those obscure battles:  1846—The Battle of Aliwal, India, was won by British East India Company troops commanded by Sir Harry Smith. 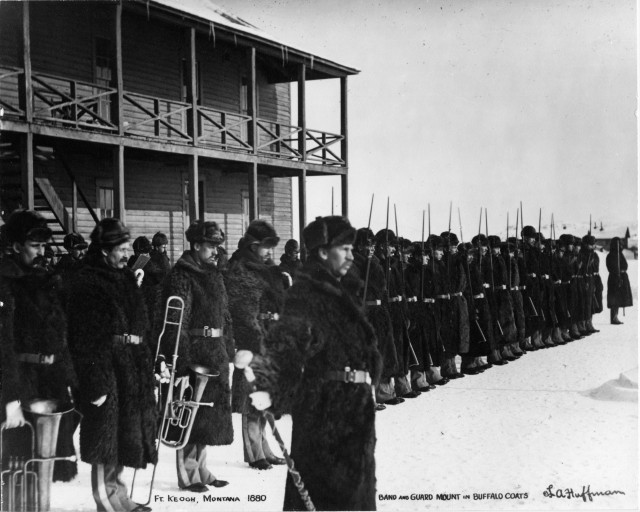 It was a good thing troopers at Fort Keogh were issued warm, heavy buffalo robe coats and hats.

The winter of 1886-87 was the most brutal ever recorded over a wide swath of the West.  East of the Rocky Mountains from Indian Territory to Montana storm after storm dumped white stuff on the open range where much of the nation’s beef was raised.  The Great Blizzard of ’87, which lasted for ten days from January 9 to 19, was worst in Montana.  Sixteen inches of snow came down the first 16 hours amid driving winds and temperatures that dipped to -47˚.  And it just kept coming.

Cattle, already weakened by a summer drought and poor grass, floundered and died by the hundreds of thousands.  As ranchers began to try to dig out of drifts that covered their cabins and reached high lofts of their barns, they hoped things would get better.

But on January 29 at Fort Keogh near Miles City in southeastern Montana huge flakes began to fall.  And I mean huge.  Flakes were gathered and measured at 15 inches across and 8 inches thick weighing several ounces.  Men, horses, and cattle were actually injured by the falling flakes, the largest ever recorded anywhere.  The reports we so outlandish that they might have been dismissed as tall tales had they not been witnessed and attested to by a whole Army post.

More blizzards fallowed in February.  When the spring thaw finally came, coincidentally unleashing devastating floods, the corpses of millions of cattle littered the plains.  The industry was virtually wiped out and the old system of open range feeding never recovered.

Here’s one good for a post, heavy on the tongue in cheek:  1896—Walter Arnold of East Peckham, Kent becomes the first person to be convicted of speeding. He was fined 1 shilling, plus costs, for speeding at 8 mph (13 km/h), thus exceeding the speed limit of 2 mph (3.2 km/h).

And here are two for my inner rail and transportation lore geek:  1855—A locomotive on the Panama Canal Railway, ran from the Atlantic Ocean to the Pacific Ocean for the first time.  1917—Municipally-owned streetcars took to the streets of San Francisco.

Pop culture anyone?: 1956—Elvis Presley made his first US television appearance.  1958—The Lego company patented the design of its Lego bricks, still compatible with bricks produced today.

Been there, done that:  1965—The current design of the Flag of Canada was chosen by an act of Parliament. 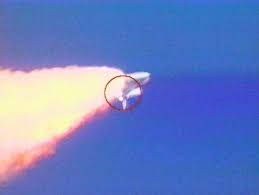 Space Shuttle Challenger exploded live on television shortly after lift off kill an seven astronauts on board.


Here’s a heavy one:  1986—Space Shuttle program: STS-51-L mission—Space Shuttle Chalenger exploded after liftoff killing all seven astronauts on board.  I watched this one live with two year old daughter Maureen before taking her to day care and going to my second shift job as a school custodian.  Mark this for a future memoir piece.

You get the drift.  Lots to choose from.   And I haven’t even plumbed the long lists of births and deaths.  Of those I have used the French novelist Collette twice, mostly for the giddy thrill of being able to post a semi-nude photo of her dolled up as Cleopatra. 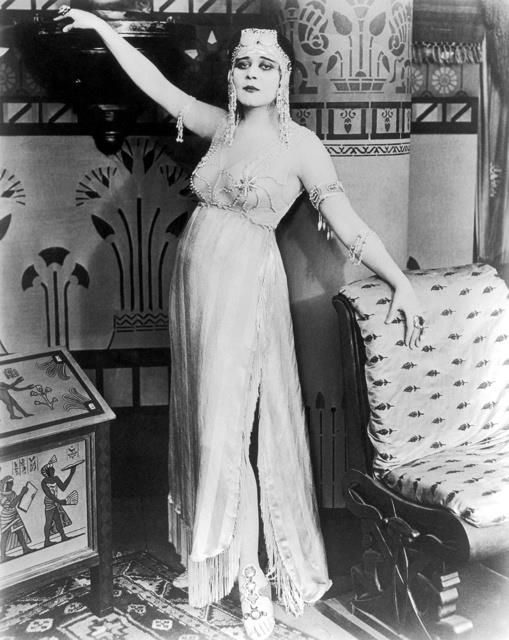 You can see that some days it takes nearly as long to pick a blog topic as to write an entry.

What do you think?  Which should I choose?  Or should I just post this tap dance and say to hell with it?

Posted by Patrick Murfin at 8:17 AM