From the Sidelines of a Coup Revisited—Murfin Verse 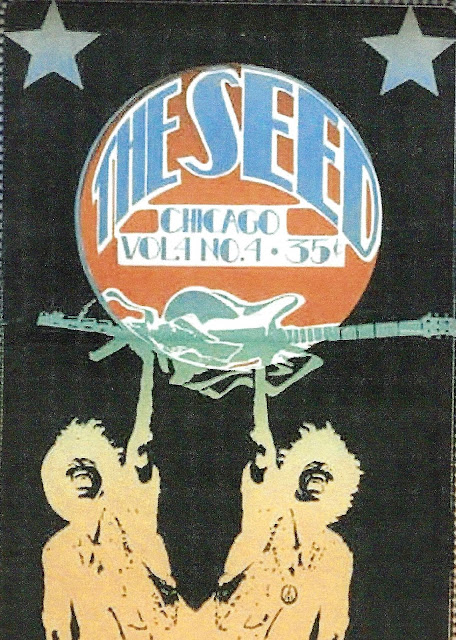 Chicago Seed cover--imagining ourselves as revolutionaries.

A few days after last year’s Capitol insurrection I wrote this.

From the Sidelines of a Coup

Time was long ago

that I imagined myself sometimes

on the barricades of some great General Strike

turning the world upside down

on the ashes of the old.

It was easy then to be a romantic revolutionary

to imagine portrayal on some heroic poster

splashed in red and black.

Yet in fact I only marched, chanted

and dodged the occasional baton

I came and went unarmed.

After Fred Hampton was perforated on his bed

and students bled at Kent Stat

my peeps on the Chicago Seed

in psychedelic color on the front page.

But no one I knew went out to buy one

or to drill in their Dad’s old GI gear

Time went on and I never abandoned dreams

of a fairer world

but put aside any fantasy

that it could be won by force of arms.

although I have made many

Some might say I have gone soft, weak kneed,

or just plain sold out.

Now I watch other revolutionaries,

storm the Capitol and make war

I find myself to my astonishment

called to defend a Republic.

I want to do my part.

But age, a treacherous heart,

and an accident of geography

that has me far from the likely battle grounds

have left me on the sidelines

of maybe the greatest struggle

All I seem to be able to do

is spill some electronic ink

that will be seen, at most,

by a few hundred people.

And it hardly seems enough. 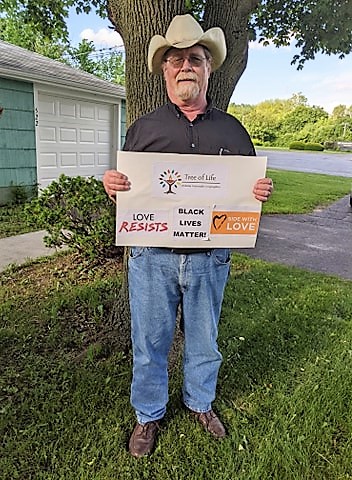 The Old Man in June 2020, seven months before the Insurrection.  I could turn out to carry a sign at Black Lives Matter protests and marches in McHenry County but sometimes couldn't keep up and was often gasping for breath after a few short blocks.  Today I can do less.  I'll still go out when I can but am not much use on the streets anymore.
Posted by Patrick Murfin at 2:00 AM