Note—Now that we have gotten past our New Year’s posts, it’s a good time to remind folks that we are still in the Twelve Days of Christmas and traditional, religious, and secular songs are still appropriate!

The French have a very deep tradition of Christmas carols.  In fact, the word carol comes from French country dances that celebrated events throughout the year, but especially during Christmas.  Words were put to these lively dances creating songs very different from the announcement and nativity hymns sung for masses.  Coming from the peasantry the songs often celebrated the lowly witnesses or participants in the birth story—the carpenter and his humble teenage wife, the animals in the stable, the shepherds, children, and peasants.  Thus these carols were subtly subversive, claiming the Christ child as one of their own.  Exactly such a song is the very old carol Un flambeau, Jeannette, Isabelle—Bring a Torch, Jeannette, Isabella. 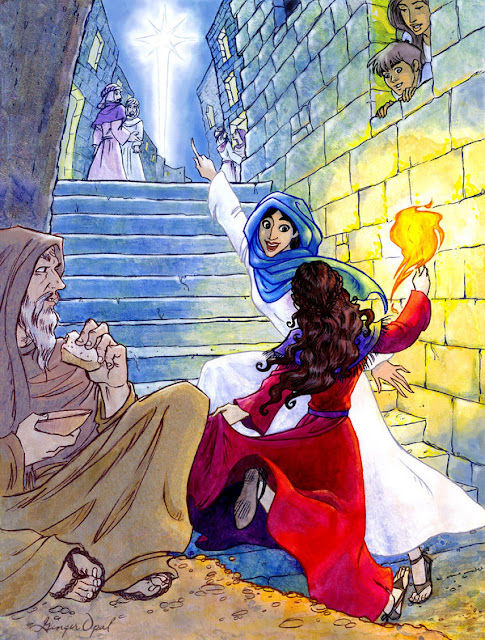 An illustration for Bring a Torch, Jeannette, Isabella.


The song originated in Provence in southern France which includes not only famous vineyard country, but mountains rising to the Alps.  It was first published in 1553.  The melody now sung is attributed to Baroque composer Marc-Antoine Charpentier a century later but he probably adapted an older folk tune à boire Qu’ils sont doux, bouteille jolie from the now lost collection Le médecin malgré lui.

It was first translated into English in the mid-18th Century.

The song tells the story of two peasant girls who come upon the nativity and rush back to their village to tell the people and then leading them to the scene with torches in the night.  At the stable all are awed and struck with silence so as not to disturb the baby’s sleep. 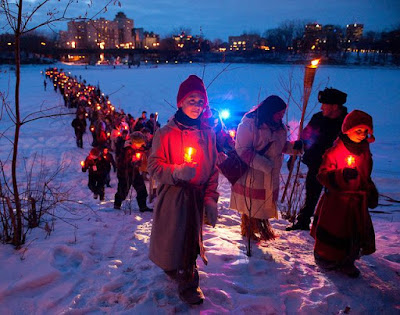 
It is still a custom in Provence for children dressed as shepherds and milkmaids to carry torches and candles while singing the carol leading a procession on the way to Midnight Mass on Christmas Eve.

The English translation is found in several contemporary hymnals:

Bring a torch, to the stable call

Christ is born. Tell the folk of the village

Jesus is born and Mary's calling.

Hush! Hush! beautiful is the Mother!

Hush! Hush! beautiful is her child

Who is that, knocking on the door?

Open up, we’ve arranged on a platter

Lovely cakes that we have brought here

Knock! Knock! Open the door for us!

It is wrong when the child is sleeping,

It is wrong to talk so loud.

Silence, now as you gather around,

Lest your noise should waken Jesus.

Hush! Hush! see how he slumbers;

Softly now unto the stable,

Softly for a moment come!

Look and see how charming is Jesus,

Look at him there, His cheeks are rosy!

Hush! Hush! see how the Child is sleeping;

Hush! Hush! see how he smiles in dreams! 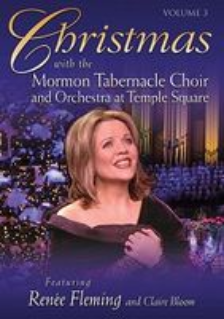 Today we feature a performance by famed American opera soprano Renée Fleming with the Mormon Tabernacle Choir from 2006.