Tired of sweet, sentimental, silly, juvenile, or holy holiday music?  Yearn for something different, grittier, and more raucous?  We’ve got just the pill for what ails you courtesy of Bessie Smith who as always was ready to party down.  At the Christmas Ball may be the first blues Christmas track ever laid down.  The Empress of the Blues was just 31 years old and two years into her tenure on Columbia Records on November 18, 1925 when she cut a recording in New York City. 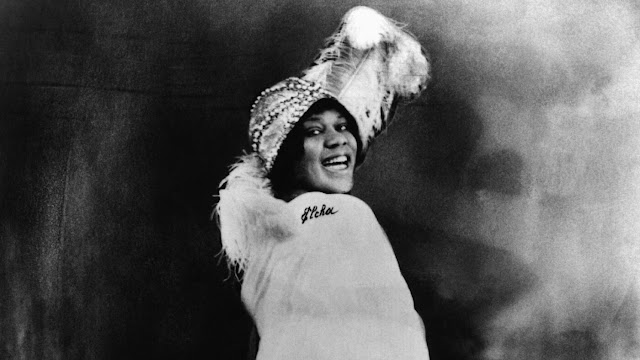 Bessie Smith in flapper finery in the mid-1920's.


She was already the most popular female singer on race records, the biggest selling blues belter, and a reliable money maker for her label.  She was working in a modern studio and was making an early electronic recording—a major step up in quality from earlier mechanical recordings in which records were muddied and distorted by being reproduced in small batches by playing an original master into the horns of other gramophones.  Joining Smith that day were top sidemen—Joe Smith on cornet, Charlie Green on trombone, and the great Fletcher Henderson on piano.  The trio takes a jazzy break between her verses.

Although Smith probably never realized it, her song of drinking, carousing, dancing, and sexual hijinks harkened back to the pre-Christian, medieval and Elizabethan English celebrations that were so shocking to Puritans in both old and New England that they outlawed the holiday for decades.  Bessie may have been a natural pagan. 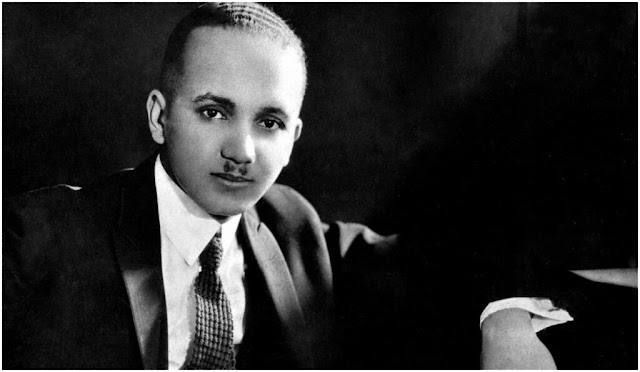 Fletcher Henderson sat in on the session on piano.


Yet despite all the advantages and a rollicking performance Columbia did not release a record for reasons not entirely clear. Blues historians have conjectured that the label may have feared the song might offend some of the religious Black audience that was also snapping up their gospel recordings.  Others think that Columbia bosses did not believe that it fit into Smith’s established style.  At any rate, the master sat on the shelf for 15 years. 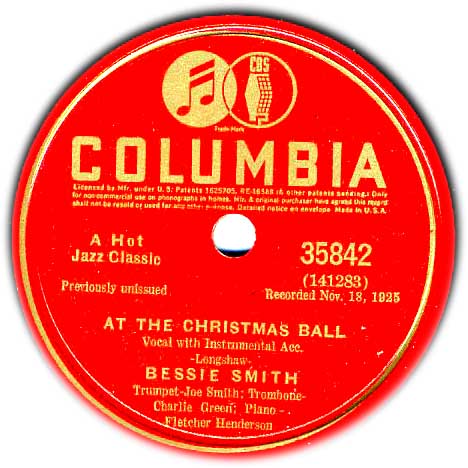 The label of the long delayed and posthumous release of At the Christmas Ball in 1940.


Smith famously had been in an auto accident near Clarksdale, Mississippi and allegedly bled to death after a whites-only hospital refused to treat her injuries.  The details are in dispute, but her death became emblematic of the racist injustice of the Jim Crow South and added to her mystique.  In 1940 had already been dead for three years when At the Christmas Ball was finally released as part of a 78 rpm album Hot Jazz Classics—Bessie Smith Empress of the Blues

Grab some gin and join the party!